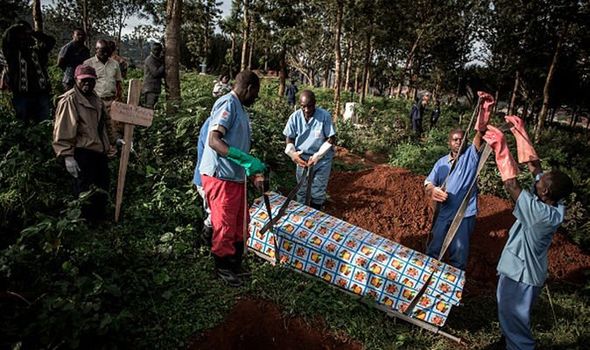 The World Health Organisation (WHO) chief said on Monday that the risk of Ebola spreading within the Democratic Republic of Congo and to neighbouring countries remained “very high,” before branding the haemorrhagic fever as the “enemy”. WHO director general Tedros Adhanom Ghebreyesus said at the start of the organisation’s annual assembly in Geneva: “Ebola does not take sides. It is the public enemy number one.” He also warned the current outbreak is “one of the most complex health emergencies we have ever faced”.

Dr Tedros said: “Unless we unite to end this outbreak we run the risk it will become more widespread and more expansive and more aggressive.

“The risk of the spread of Ebola remains very high”.

Ebola is highly contagious and spreads through contact with bodily fluids. It causes a haemorrhagic fever with severe vomiting, diarrhoea and bleeding and is often fatal.

The WHO’s warning follows a recent spike in the number of infections in the unstable north-east of the country, where political infighting in the capital Kinshasa and militia violence have proven fertile breeding ground for the killer virus. 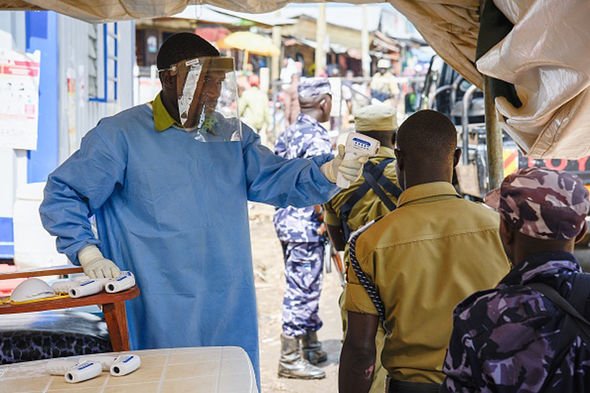 Since January, there has been dozens of attacks on Ebola health facilities by armed insurgents. In mid-April, a WHO doctor from Cameroon who had been deployed in response to the epidemic was killed by local rebels.

Mr Tedros warned: “Every attack gives the virus an advantage and prevents health workers from acting.”

Earlier this month, the WHO warned that the outbreak was unlikely to be contained unless violence stops, after attacks halted response work for almost five days.

The health agency said in a statement: “Without commitment from all groups to cease these attacks, it is unlikely that this EVD (Ebola virus disease) outbreak can remain successfully contained in North Kivu and Ituri provinces.”

Local communities have also resisted the high-security burials, which are part of a wider strategy to minimise the risk of infection from body fluids.

Safe burials are particularly sensitive as some family members reject the intervention of health teams in the deeply intimate moment, with many willing to put their own lives at risk.

The outbreak is the second deadliest ever recorded, after an epidemic that killed more than 11,300 people in West Africa in 2013-16.

Mr Tedros, however, emphasised some important gains, saying that the WHO had vaccinated some 120,000 people against Ebola and that four experimental treatments had been given to 800 patients. In addition, no cases have been recorded in neighbouring Rwanda and Uganda.

Game of Thrones Episode 4 Preview Trailer: Did a Dragon Die in \