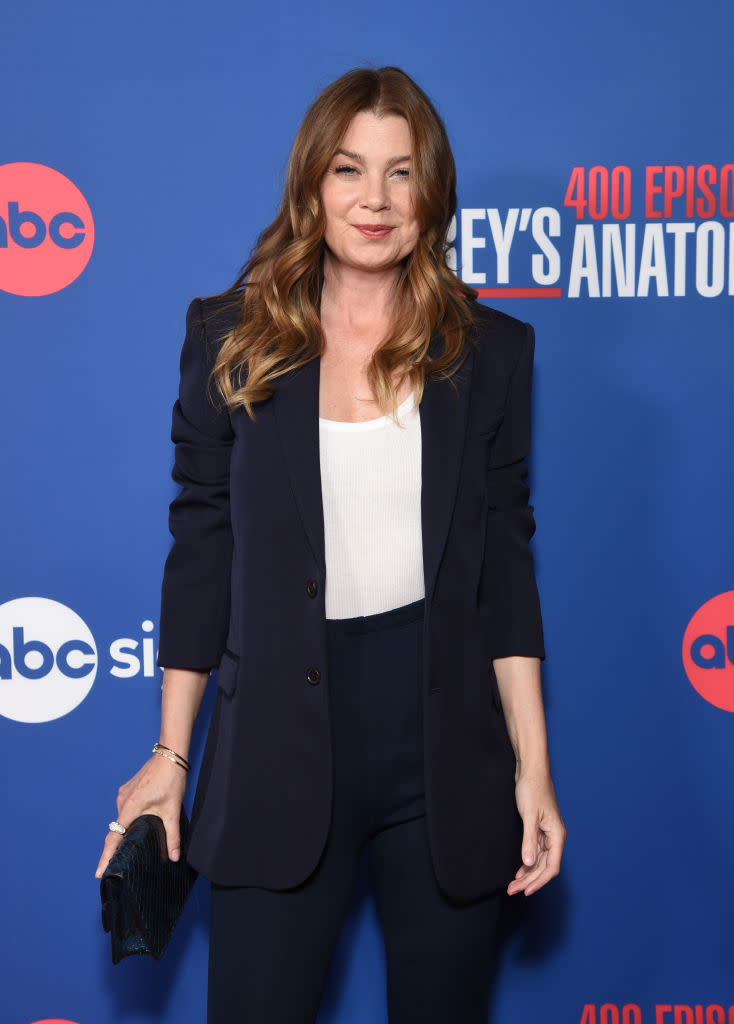 Grey's Anatomy star Ellen Pompeo is hanging up her stethoscope, for the most part anyway.

The actress announced in August that she would play a smaller part in the medical drama's 19th season, which began airing in October. On Thursday, she spoke directly to her fans about the change.

"I am eternally grateful and humbled by the love and support you have all shown me, Meredith GREY and the show for 19 seasons!" Pompeo wrote on social media. "Through it all….none of it …would have been possible without the best fans in the world. You all are RIDERS and you all have made the ride so fun and ICONIC!! I love you madly and appreciate you right back. This isn't your first time on the rollercoaster… you know the show must go on and I'll definitely be back to visit. With a lot of love and immense gratitude XoE."

In September, Pompeo told Yahoo Entertainment why she'd decided to leave after more than 400 episodes.

"The show inspires people to go into the medical field. It inspires young people to want to be healers and doctors. It's an amazing platform, and I really love it," Pompeo said. "But there's only so much of it I can do after 19 seasons. It's a lot. And I've given the fans and the show so much of my heart and passion and energy, and if I don't have that same level 19 seasons later, I don't deserve to be in every single episode. The fans deserve people who are super-excited and happy to be there. And these new kids that we have coming in are very happy and excited to be there."

While Pompeo will appear in just eight episodes of the current season of the popular show, she is expected to continue narrating the episodes and executive producing them.

In between pop-ups at Grey Sloan Memorial Hospital, Pompeo will be working on a new project: a Hulu limited series about the true story of American parents who adopted a Ukrainian woman posing as an orphan child.

‘Parasite’ Is Coming To Hulu In April, So You Can Finally Stream The Oscar-Winning Movie

Mystery after possible human remains are found under house and woman, 39, is arrested | The Sun