Home » World News » Freddie Prinze Jr. on putting his Latino heritage front and center in 'Christmas With You': 'I've never gotten to do it before' 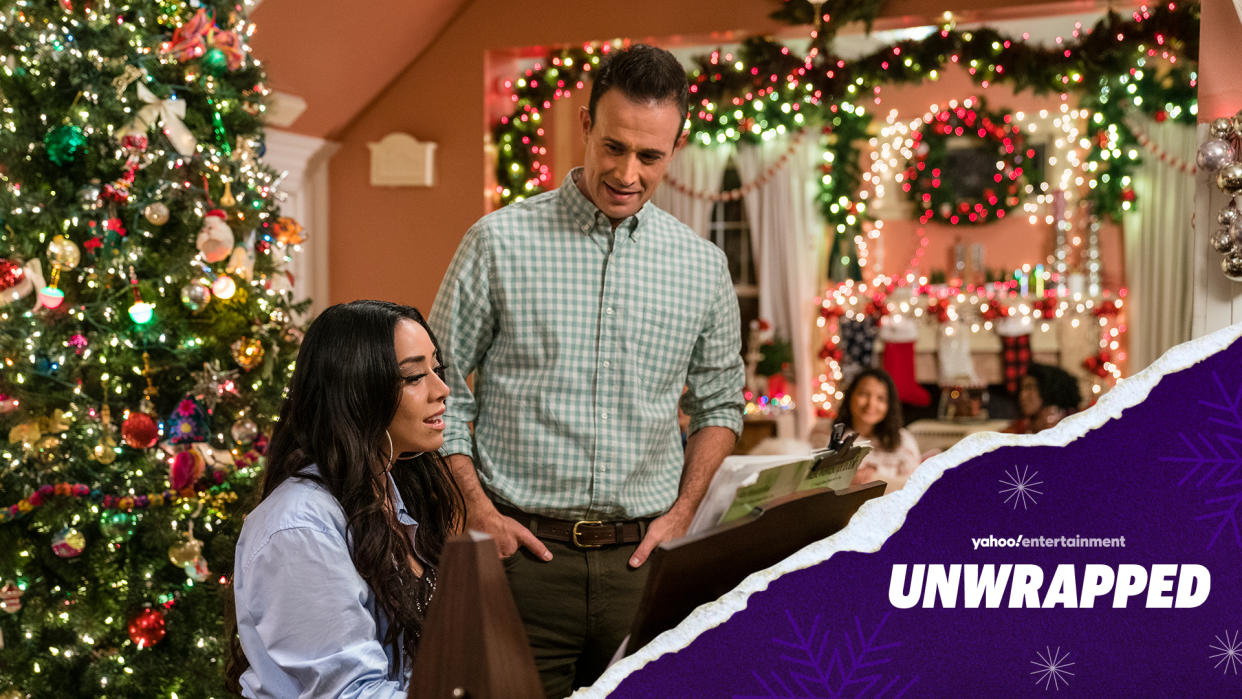 Freddie Prinze Jr. has been one of Hollywood's most prominent Latino actors since his ’90s teen movie heyday. But over the course of his quarter-century career, the son of late comedian and sitcom star, Freddie Prinze, has rarely had the opportunity to represent his culture onscreen.

"I've received nothing but love from Latino taxi drivers to business owners talking about being inspired by seeing a Latino whose not running from the cops or dealing drugs," he tells Yahoo Entertainment. "But within the industry, I've always met with a ton of resistance by directors wanting to check my Latino heritage."

Here's Freddie Prinze Jr. on the personal importance of playing a Latino character in Netflix's #ChristmasWithYou, and how he's previously met with resistance from filmmakers "wanting to check my Latino heritage." pic.twitter.com/P8pXIdZUHF

That's why Prinze regards his new Netflix holiday movie, Christmas With You, as a gift that will keep on giving. Directed by Argentine filmmaker, Gabriela Tagliavini, the film casts the She's All That star as Miguel — a public school music teacher and single dad who makes an unexpected Christmastime love connection with a big-time pop star, Angelina, played by Aimee Garcia. Believe it or not, Prinze says that this is the first time he's been hired specifically to play a Latino character. "I've never gotten to do it before unless I wrote the damn thing," he notes. "So when Gabriela brought this to me, all I wanted was the opportunity to earn her respect."

"Every Latino you've seen me play was always an after-the-fact thing," Prinze continues. (The actor has previously portrayed Latino characters in Peacock's Punky Brewster revival and on the eighth season of Fox's hit action series, 24.) "The role would be named 'Mike Smith' and they'd say, 'Oh, we hired Freddie, so we can show people how diverse we are.' And all of a sudden his name is 'Miguel Ramirez.' And that doesn't count man! That does not count. This was something that was very important to me, and a big reason of why I signed onto this movie."

Watch a scene from Christmas With You below:

Not for nothing, but Christmas With You is also one of the few Christmas movies to feature a Latino family front and center. In recent years, networks and streamers like Hallmark, Hulu, Lifetime and Netflix have sought to diversify their holiday fare with stories that prominently feature LGBTQ characters and Black characters, but that change has been slow to extend to other groups. "Aimee mentioned to me that she can't think of another Latino-family American Christmas movie," Prinze says. "I was like, 'I'm sure there must have been.' But I can't think of any! That's what makes this movie so cool."

"I've heard from white people before that they don't like forced diversity," he adds. "And I get that, I really do. Creatively, you should never feel like something's being forced on you and there's a lot of agenda-written things. But this movie is just about a family celebrating Christmas. It's about a father who lost his wife, and his daughter lost her mother and he's trying to play both roles. I know a lot of people, regardless of their race, that grew up with a single parent — I happen to be one of them. So there's a human element to to the story that everyone can relate to. The only thing that make us different are the foods we eat, the way we dance and the music we like. As soon as you have tacos, you're in with me, man. And if you hate tacos, that's all right, too. I hate mayonnaise!" 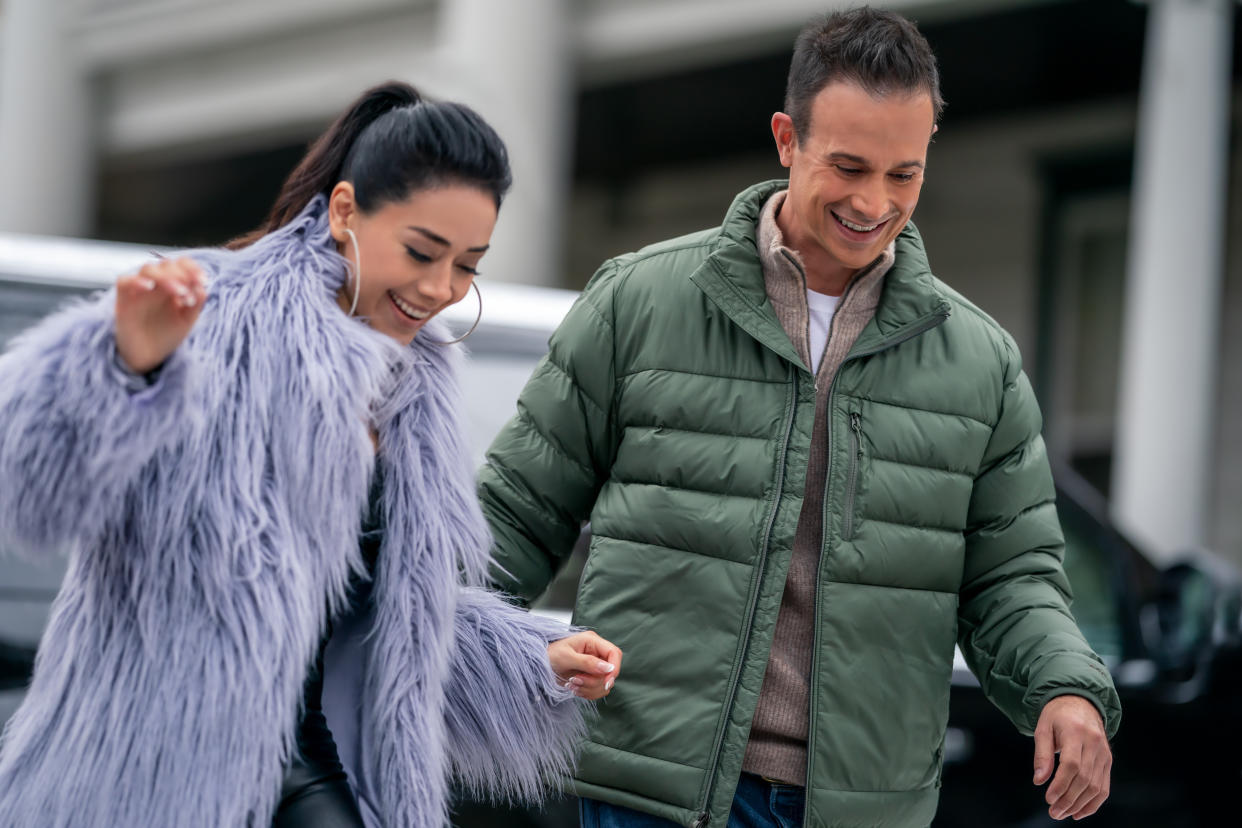 Food was a big part of Prinze's childhood Christmases in New Mexico, where he lived with his mother following his father's death just prior to his first birthday. "Everything is different there," he remembers. "We were the ones who started luminarios at Halloween instead of lights, and we'd do them for Christmas, too, sometimes. You'd have to find ways of keeping them from melting in the snow! The Native American culture and Mexican culture really combined beautifully in that state and dictated the types of food we would eat and drinks we would drink. We would have sopaipillas with honey and Indian fry bread. Those would all be a staple at every Christmas dinner, and I brought them out to California when I moved back here."

Prinze continues to serve those New Mexico staples at the holiday dinners he hosts with his wife, Sarah Michelle Gellar, and their two kids. "I couldn't find good Mexican food in Southern California before the food truck revolution, so I'd literally ship out green chili and red chili from New Mexico," he says, laughing. "I've served green chili chicken stew on Christmas, and everybody goes bananas for it. I've been fortune enough to see cultures embrace one another, and it's usually food that provides common ground. I know how to cook because of that."

Freddie Prinze Jr. confirms he's done with #StarWars and won't be making the leap to live action as Kanan Jarrus. "There will be no live action Kanan. Well, I'm sure there will be, but it won't be me!" pic.twitter.com/cXzOgYWyH8

While Prinze would be part of another Latino-centric Christmas movie in a heartbeat, don't expect to see him return to George Lucas's far, far away galaxy for any future holiday specials. The real-life Star Wars fan voiced Jedi survivor Kanan Jarrus on four seasons of the fan favorite cartoon series, Star Wars Rebels, which ended its run in 2018. Since then, though, the Rebels ship famously made a cameo (along with Prinze's voice) in the Skywalker Saga-capping blockbuster, The Rise of Skywalker, and other animated characters — including Ahsoka Tano and Bo-Katan — have jumped into the live action realm. But Prinze insists that Kanan won't be joining them.

"I am done performing in Star Wars," he says, adding that if Kanan does pop up on The Mandalorian or another Disney+ series, he won't be the one swinging the Jedi's blue lightsaber. "I felt like I did a great job with that character, who I love. He had a beautiful story, but it ended and while my connection to him isn't gone, there's nothing left for me to give him. It would just be forced, and I don't like that. I didn't even want to do voice in The Rise of Skywalker, but [Rebels co-creator] Dave Filoni convinced me! I said no the first time they asked, and he had to make the call. He believed in me for that role in Rebels when Disney didn't, and for that, I always have his back."

Christmas With You is currently streaming on Netflix

Netflix Top 10: ‘Stranger Things 4’ Falls By 113 Million Hours Watched After First Full Week of Availability But Stays at No. 1

Becca Kufrin Can't Wait to Watch Her Season of The Bachelorette