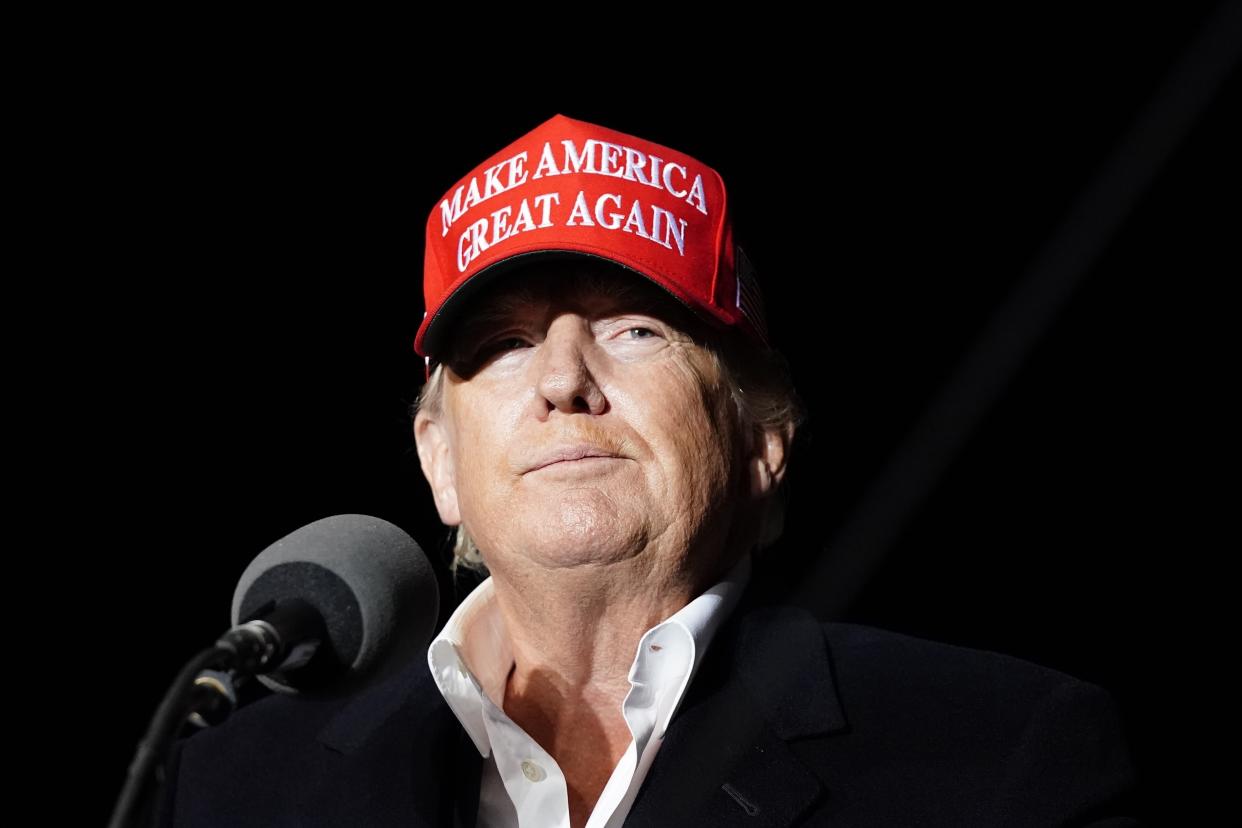 ATLANTA (AP) — The special grand grand jury in Atlanta that has been investigating whether then-President Donald Trump and his allies committed any crimes while trying to overturn his 2020 election loss in Georgia has finished its work.

The end of the special grand jury moves the investigation one step closer to possible criminal charges against Trump and others.

Over the course of about six months, the special grand jury has heard testimony from dozens of witnesses, including numerous close Trump associates and assorted high-ranking Georgia state officials. The case is among several around the country that threaten legal peril for the former president as he seeks a second term in 2024.

Special grand juries in Georgia cannot issue indictments but instead can issue a final report recommending actions to be taken. It is then up to the district attorney to decide whether to seek an indictment from a regular grand jury.

Voted to recommend that its report be published

Georgia law says that grand juries are “authorized to recommend to the court the publication of the whole or any part of their general presentments and to prescribe the manner of publication” and that the judge must follow that recommendation. The special grand jury voted to recommend that its report be published, McBurney wrote in his order.

“Unresolved is the question of whether the special purpose grand jury’s final report constitutes a presentment,” the judge wrote, adding that he will hold a hearing on Jan. 24 on that issue. He said the district attorney's office and news outlets will be given a chance to make arguments at that hearing.

Fulton County District Attorney Fani Willis opened the investigation in early 2021, shortly after a recording surfaced of a phone call between Trump and Georgia Secretary of State Brad Raffensperger. During that call, the president suggested the state's top elections official could “find” the votes needed to overturn Trump's loss in the state.

Since then it has become clear that Willis is focusing on several different areas: phone calls made to Georgia officials by Trump and his allies; false statements made by Trump associates before Georgia legislative committees; a panel of 16 Republicans who signed a certificate falsely stating that Trump had won the state and that they were the state’s “duly elected and qualified” electors; the abrupt resignation of the U.S. attorney in Atlanta in January 2021; alleged attempts to pressure a Fulton County election worker; and breaches of election equipment in a rural south Georgia county.

Lawyers for Rudy Giuliani, former New York mayor and Trump attorney, confirmed before he was questioned by the special grand jury in August that they were told he faces possible criminal charges. The 16 Republican fake electors have also been told they are targets of the investigation, according to public court filings. It is possible that others have also been notified they are targets of the investigation.

Trump and his allies have consistently denied any wrongdoing, with the former president repeatedly describing his call with Raffensperger as “perfect” and dismissing Willis' investigation as a “strictly political Witch Hunt!”

EastEnders spoilers: Police swarm Walford as Gray Atkins is exposed as a murderer

Will Oscar Nominations Give This Year’s Contenders a Box Office Boost?