This story discusses suicide. If you or someone you know is in crisis, call 988 to reach the Suicide and Crisis Lifeline. You can also call the network at 800-273-8255, text HOME to 741741 or visit SpeakingOfSuicide.com/resources for additional resources.

Daniel Ruiz, age 10, survived the Uvalde, Texas school shooting that killed his cousin and 20 others.

He wasn’t hit by any bullets. But he still has scars.

Now he is living with survivor’s guilt. His mom recently shared a drawing he made that shows what that looks like for a child.

Before the shooting, Daniel was a typical kid — he loved football, hanging out with his siblings and playing with his cousin, 9-year-old Ellie Garcia. A talkative jokester, especially at home, Daniel was always smiling.

That all changed on May 24, 2022, when a 18-year-old former student entered Daniel’s school armed with an AR 15-style rifle, after shooting his own grandmother. 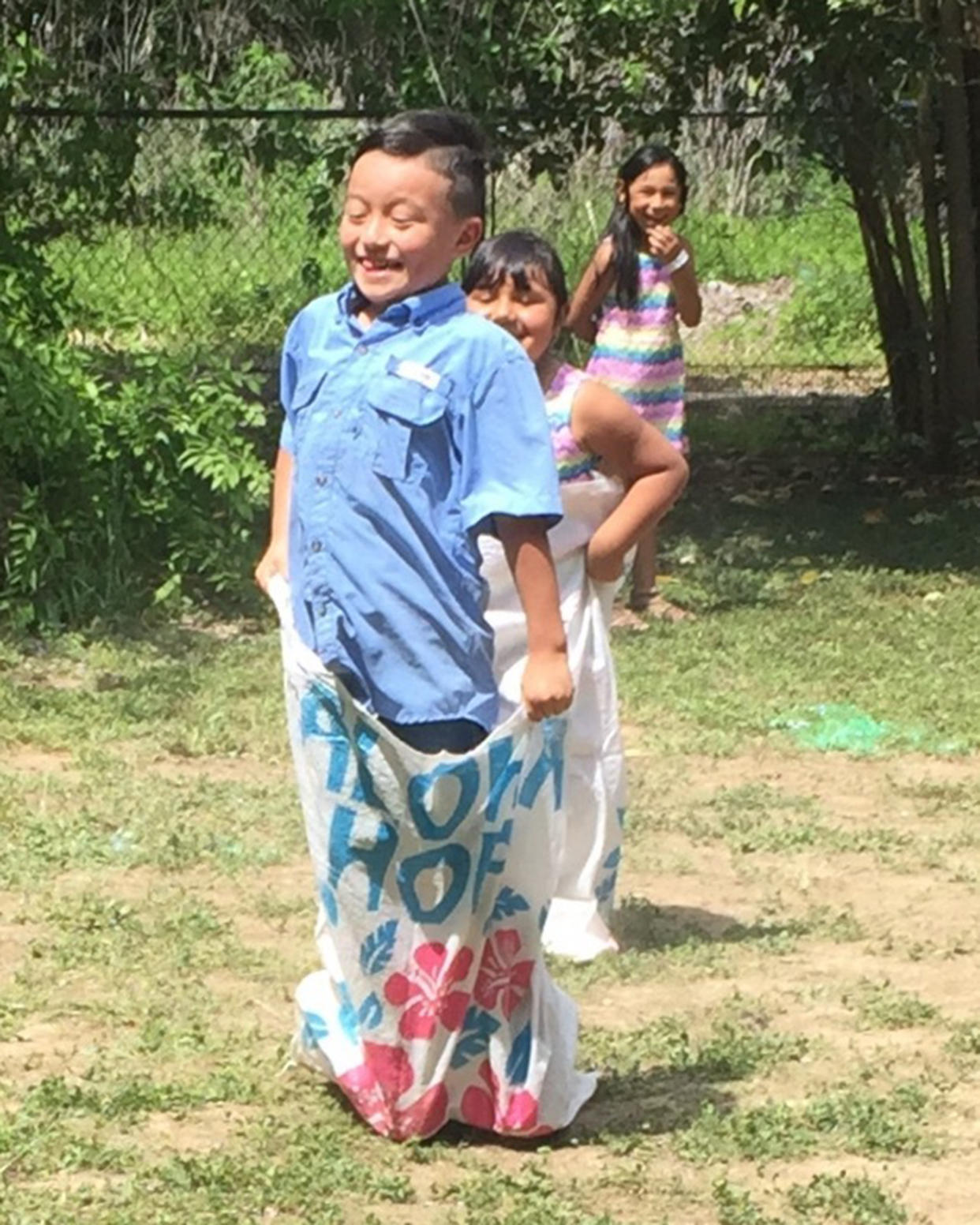 Daniel can’t forget the moment he locked eyes with the shooter as he attempted to enter his classroom at Robb Elementary.

“He told me that he had never seen a face so evil,” Daniel’s mother, Briana Ruiz, tells TODAY.com. “He felt like the devil was staring at him.”

Unable to get into his classroom, the shooter shot inside the room, striking Daniel’s teacher and a student. Eventually, Daniel, his classmates and his teacher escaped out a broken classroom window.

“Me and my friend Lucas, we were helping other kids get out of the classroom,” Daniel tells TODAY.com. “We had to climb on the teacher’s chair and it was one of those spinning chairs, so we had to hold it still for the students.” 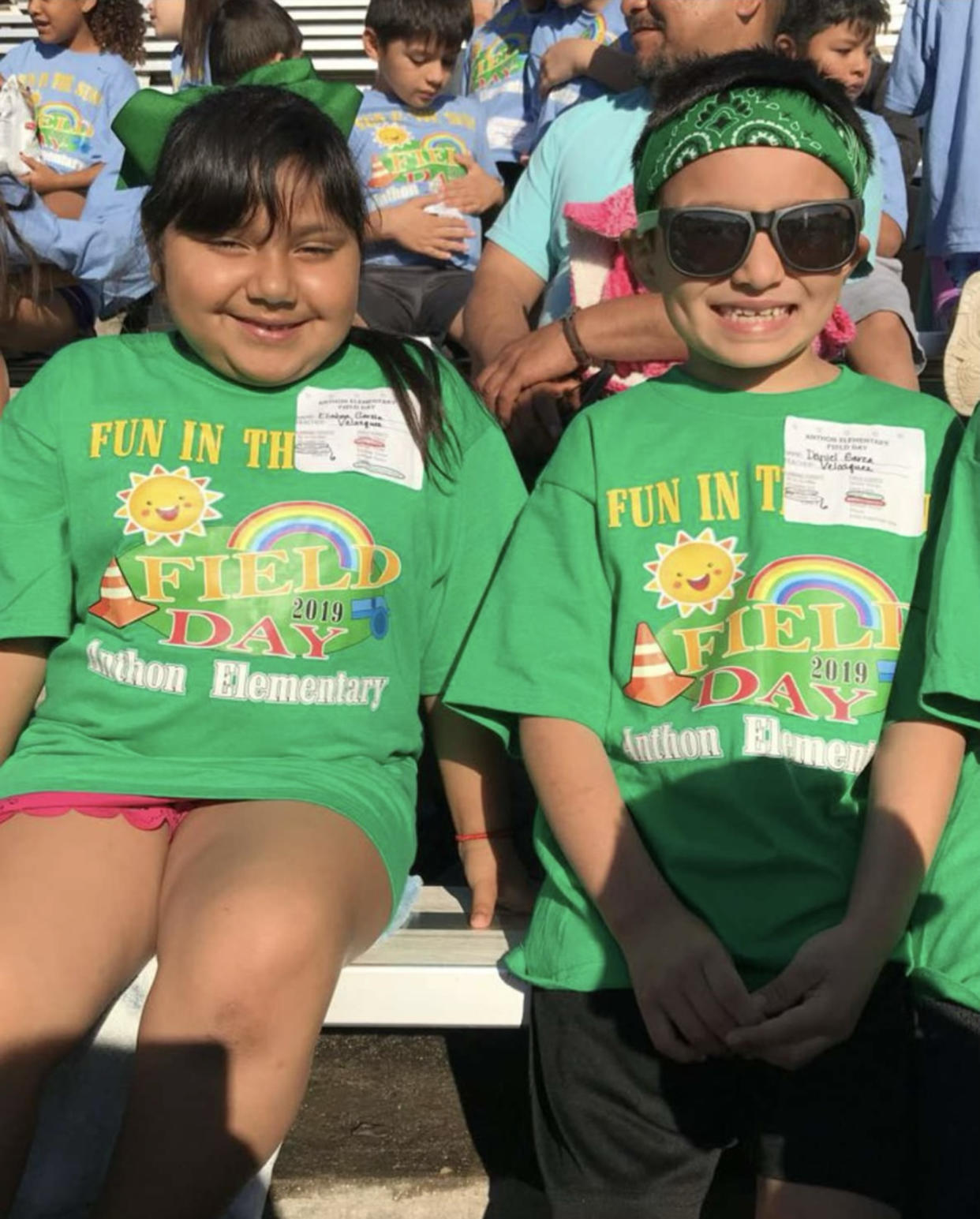 “I wasn’t able to save her,” Daniel says.

That evening, Briana used tweezers to pull shards of glass from the broken window out of her son’s arm. She fears that his survivor’s guilt will be there forever.

‘The boy I left at school that morning is gone’

Two weeks after the shooting, Daniel broke down crying after one of his younger siblings asked to go play at Ellie’s house.

His words that day haunt his mother.

Briana calmed her son down, then immediately called a doctor.

The next day, the doctor told Briana that Daniel was suicidal — the young boy told them he “wished he wasn’t here anymore so he didn’t have to feel pain,” she says. 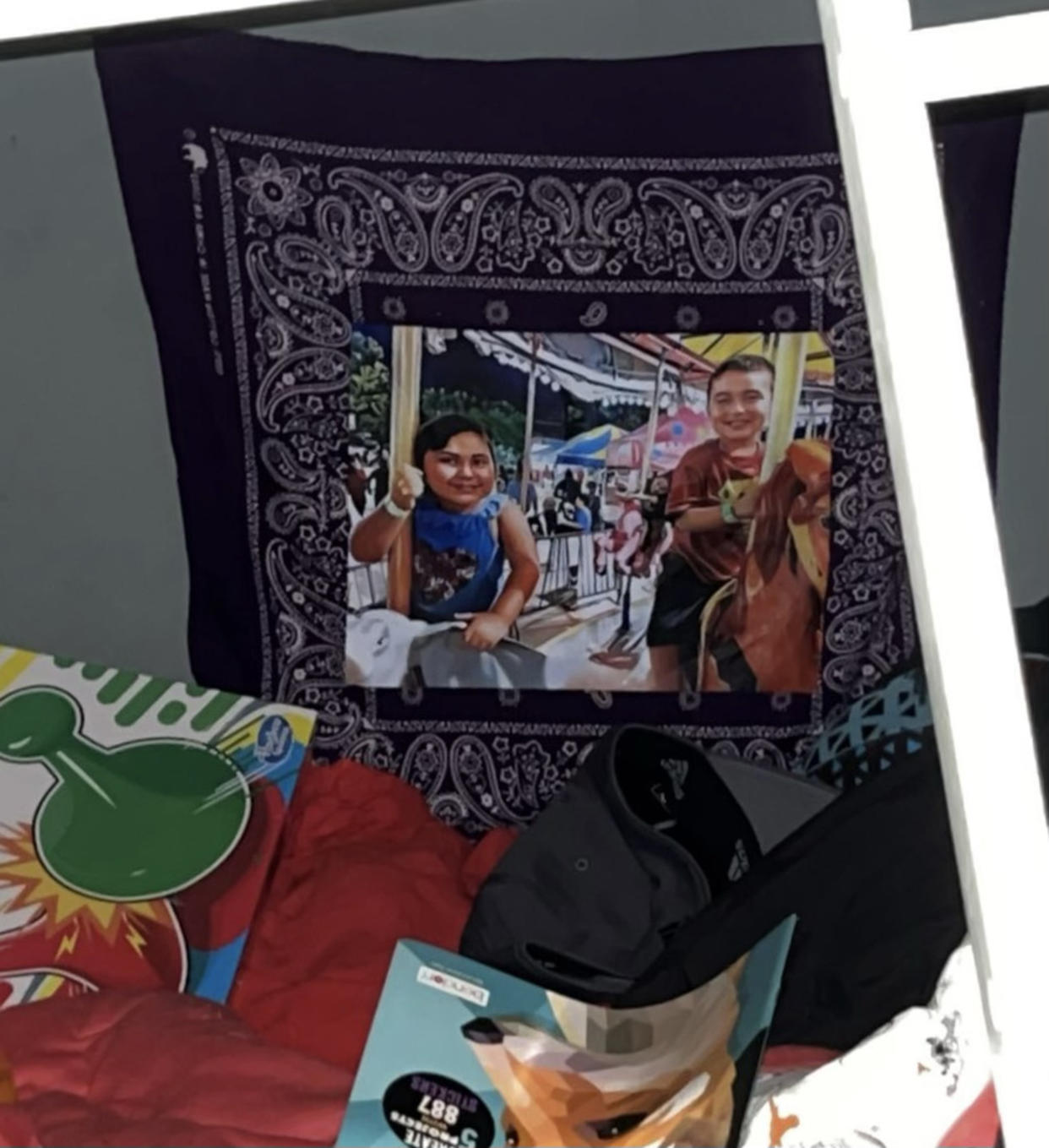 “It broke my heart,” she adds. “This little boy who I know has such a big heart — who was always laughing and acting silly — wasn’t there anymore. The boy I left at school that morning is gone.”

Research has found that mass shooting survivors are “at greater risk for mental health difficulties” than other trauma survivors, according to the American Psychological Association. The National Center for PTSD estimates that about 28% of survivors develop post-traumatic stress disorder (PTSD) and one-third develop acute stress disorder.

‘I wish I would have considered myself a survivor’

“My day began in the most unremarkable way,” Garrigan tells TODAY.com. “I was in my choir class — that was always my safe haven.” 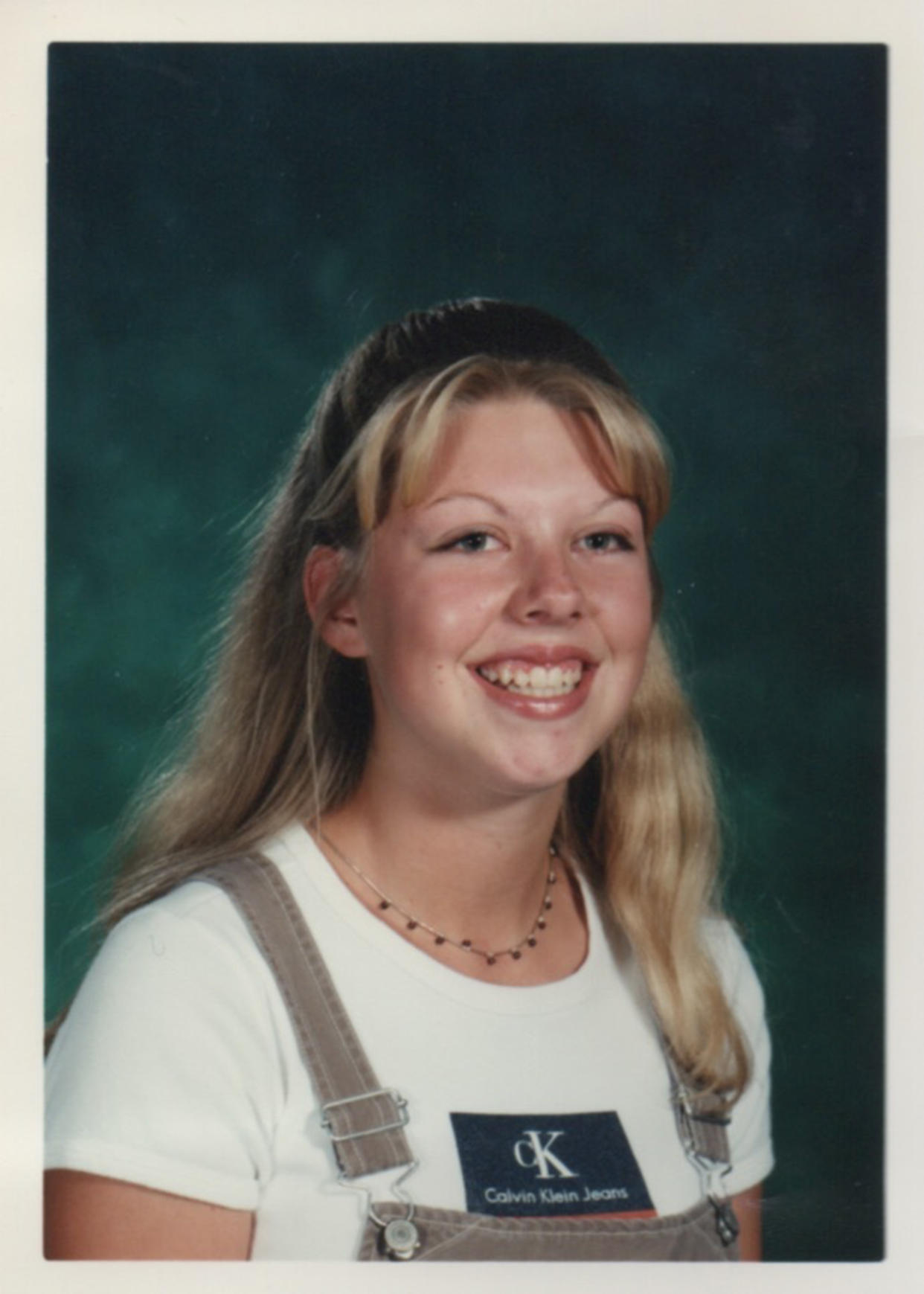 Then, she says, “pandemonium broke.”

“We could feel kids running in the hallway, and that’s when a part of my body just said: ‘Run,'” she says. “I started to go out one exit and a teacher in the hallway said: ‘Don’t, they’re coming up!’ So I turned the other way and went out another door.”

“On that day, I was leaving the library when a lot of friends were going in and some of them did not survive,” she says. “That’s the hardest part — being in the wrong place at the wrong time. It’s all timing, and it’s just so hard knowing that I just passed those people and I took that moment for granted.” 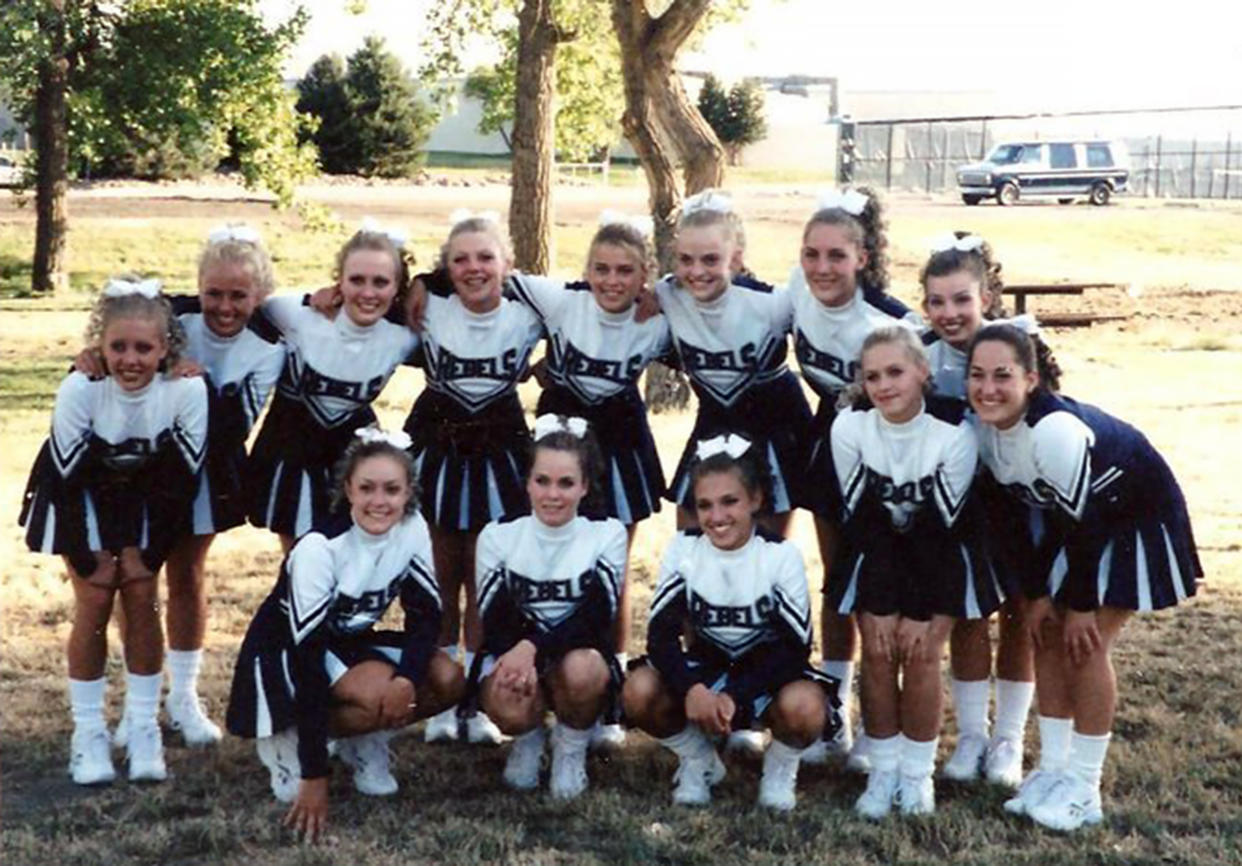 Garrigan, now a stay-at-home mom of two living in New York, says she “never considered herself a victim” because, at the time, a victim or a survivor was “someone who was physically injured.”

“I ran and got out quickly and unscathed, so in my mind it was: ‘I got out,'” she says. “I wish I would have just considered myself a survivor and a victim at that time,” she says, so that she could have understood why she was suffering from depression, anxiety and PTSD.

“It was a fight I had: Why do I have all these feelings? Why do I still have this guilt?'” she adds.

When a 19-year-old shot and killed 17 people inside Stoneman Douglas High School in Parkland, Florida in 2018, she realized how much guilt she was carrying. She got involved with Everytown for Gun Safety, an advocacy group, which she says has helped her heal. One 2018 study found that attending community events, like memorials, can help survivors cope after a mass violence event.

“You always feel guilty. You ask yourself: Why didn’t it stop with us?’” she says. “Just imagine if it had stopped with us — Uvalde wouldn’t have happened.”

‘I miss her coming over and having fun and being happy’

Briana says therapy sessions are helping Daniel dig into his trauma and work through his guilt. He is back at school, and he says that while at first he felt nervous, “now I’m kind of getting used to the school routine again.” 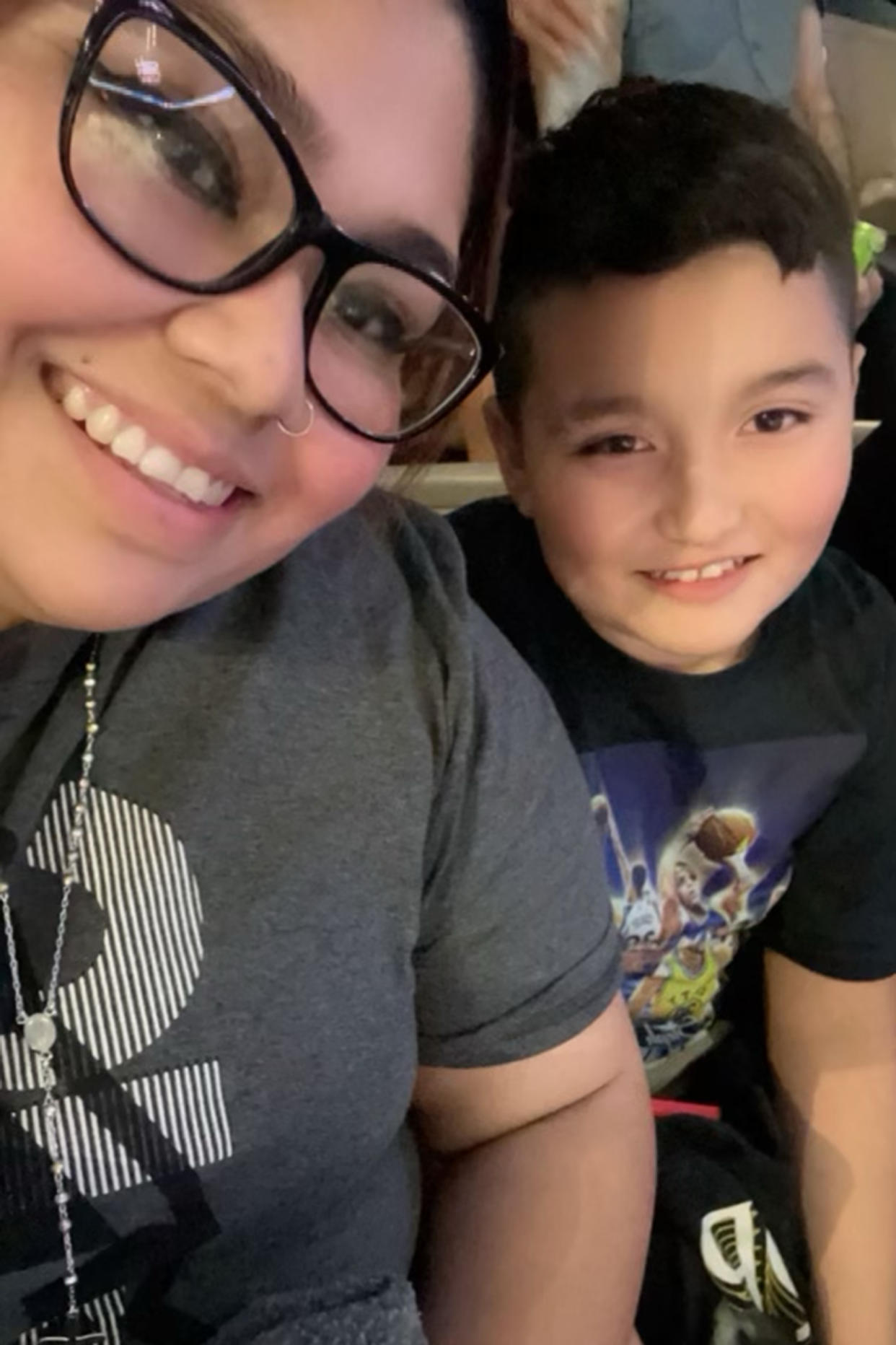 Still, his thoughts remain with his 19 peers and two teachers who died.

“I miss Ellie coming over and having fun and being happy,” he says. When he thinks of Ellie and his friends who died, he says, “They did good (during the school shooting) — there was no screaming or yelling. Kids tried to protect themselves.”

His mom says Daniel is on medication to treat his anxiety and depression. At times he lashes out in anger, remembering the moment he saw the shooter.

“He said: ‘I was too scared, I should have stood up,'” Briana says. “He said maybe the cops would have seen (the shooter) standing there and they would have shot him.”

Police waited 77 minutes to enter the school and confront the gunman, a delay that has been heavily criticized for contributing to the high death toll.

Briana says she tries to help him, but she doesn’t always know what to do.

“There are times when he tells me things or asks me things and I don’t know how to answer him. I’m stuck. I just try my best to validate the things he is feeling,” his mom says.

“I say: ‘You have to see that she knew — she knew that you were always there for her. I know you’re struggling and I know it’s hard. Now, she’s your guardian angel. Now, she’s the one protecting you.”

This article was originally published on TODAY.com