This is MailOnline’s liveblog for the search for missing British actor Julian Sands who disappeared while attempting to climb a Californian mountain a week ago.

Friday January 13: Report comes into the San Bernardino County Sheriff’s Department that Julian Sands is missing. His name was at that point withheld to the public. The department later said: ‘On Friday January 13, at about 7.30pm, a hiker, identified as 65-year-old Julian Sands of North Hollywood was reported missing in the Baldy Bowl area.’

A rescue mission was launched.

Saturday January 14: Search and rescue is halted because of avalanche risks and adverse weather. Drones and helicopters are deployed in the operation but nothing is found.

Wednesday January 18: A car which is believed to belong to Sands is found and towed away.

Thursday January 19: Family join the search but again the weather conditions are hampering the rescue mission.

Friday January 20: Authorities say there is no ‘hard deadline’ to call off the search.

#JulianSands is a wonderful man, husband, father, and friend to so so many. A gentle, kind soul. Keep candles burning for his safe return from the mountain he loves. 🙏🏽❤️🍀

I’ve known since Friday that my friend Julian Sands has been missing on mt baldy. I’m devastated. A very close family friend who was an adventurer in everything he did. I’ve said many prayers.

The weather on the mountain range has been poor and has affected the rescue mission.

As of Thursday evening visibility at high altitudes in the Mount Baldy area remained poor, with searches planned to continue when conditions permitted.

‘We will schedule another ground search when the weather improves, and it is safe for our ground crews,’ a spokesperson from the department told the PA news agency.

Cellphone signals detected on Sunday showed Sands was then heading to the Mount Baldy area, apparently the latest indication he was still on the move.

Subsequent attempts to ping his Apple iPhone failed, ‘due to the lack of cell service and most likely cell phone power failure,’ the department said in an update posted on Thursday.

A ‘delayed ping’ from Sands’ iPhone operating system, generated on Saturday, provided a possible location on a trail to the Mount Baldy summit, but checks of that spot by ground and helicopter teams were of no avail, the department said.

The pictures, taken during an ascent of the Weisshorn peak in the Swiss Alps, were sent to his grandson Billy, before the film star vanished while attempting to climb the treacherous Mount Baldy in the San Gabriel Mountains.

They show the A Room With A View leading man, 65, traversing the stunning 14,783ft Alpine peak while wearing a helmet and crampons, using ropes and with a rucksack strapped to his back, and sitting among the clouds on a snow-topped ledge.

The actor’s family say they are ‘extremely worried’ but are praying for his safe return, but poor weather is currently hampering the rescue mission.

Julian’s son Henry – himself an experienced hiker – flew out to California last weekend and is now assisting with the search of Mount Baldy.

Henry, 37, who runs his own communications business, is understood to have retraced the route his father took – some 40-miles from Los Angeles – but was forced to abandon his efforts due to poor weather.

A relative told MailOnline today: ‘Henry has been in the U.S since the weekend and is helping the search. The problem is that the weather is hampering rescue efforts.

‘We are extremely worried but we’re hoping that Julian will be found safe and well. We’ll be looking to see how things evolve over the next few days.’

Sands’ wife, the writer Evgenia Citkowitz, reported him missing last Friday and a huge search operation was launched with rescuers finding what they believe to be his car.

His two children with Eve, Imogen and Natalya, have also joined in on the search. 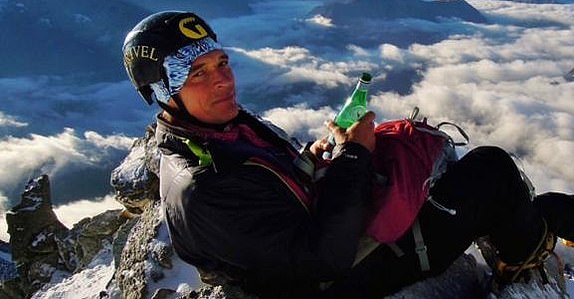 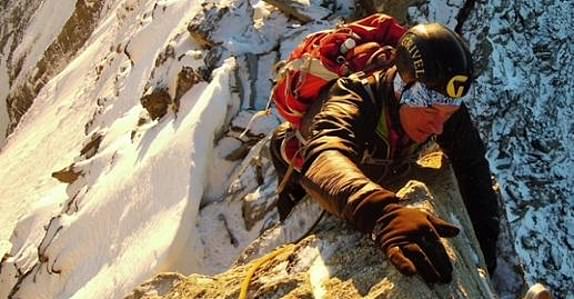 San Bernardino County Sheriff’s Department said the incident was still being classified as a search and rescue operation, though snow, sleet and fog continued to hinder operations on foot.

As of Thursday evening visibility at high altitudes in the Mount Baldy area remained poor, with searches planned to continue when conditions permitted.

‘We will schedule another ground search when the weather improves, and it is safe for our ground crews,’ a spokesperson from the department told the PA news agency.

The spokesperson added that there was ‘no hard deadline’ for abandoning search efforts and ‘no date set’.

It is not the first time the keen outdoorsman has come into trouble while hiking, having had a brush with death on the Andes in the early 1990s.

He previously recalled: ‘I was in the Andes, caught in an atrocious storm above 20,000ft with three others. We were all in a very bad way. Some guys close to us perished; we were lucky.’

Sands has often spoken about his love of nature and his ‘wonderful outdoor lifestyle’, and has traveled around the world carrying out daring climbs.

He previously told Thrive Global his expeditions during Covid lockdowns were about ‘supplication and sacrifice and humility’.

He added: ‘It’s not so much a celebration of oneself but the eradication of one’s self consciousness. And so on these walks you lose yourself, you become a vessel of energy in harmony hopefully with your environment.

‘I mean, two days ago, I was just an old guy begging people for water at a trail head in the Santa Monica mountains. Who cares if you’re a film person, I was just someone very grateful for the kindness of strangers.’

He once even conducted an entire interview from the face of the Mittellegi Ridge on the Eiger Mountain in the Swiss Alps.

So far, search and rescue teams have only found a car which they believe belongs to Mr Sands.

The snow-covered vehicle was towed away on Wednesday evening.

Last night, a police update said Sands is believed to have still been on the move on Sunday due to phone pings obtained by officers.

Additional pings have been attempted, but have been unsuccessful likely due to Sands’ phone having run out of power.

A spokesperson for San Bernardino County Sheriff’s Department said: ‘On January 15, 2023, phone pings showed Sands to be heading to the Mount Baldy area.

‘Additional phone pings from the cell provider were attempted but were unsuccessful, due to the lack of cell service and most likely cell phone power failure.

‘A delayed ping through Sands’ Apple iPhone operating system, from January 14, 2023, provided a possible location on one of the trails leading to the summit of Mount Baldy.

‘This area was checked by ground searchers and by helicopter. Ground and air searchers were unable to locate any evidence in this area that would assist in locating Mr. Sands.

‘Because of avalanche risks and trail conditions, the ground crews were pulled off the mountain on Saturday evening. However, the search continues by helicopter and drones when the weather permits.

‘Additional ground searches will be scheduled when the weather improves, and it is safe for our rescue crews.’ 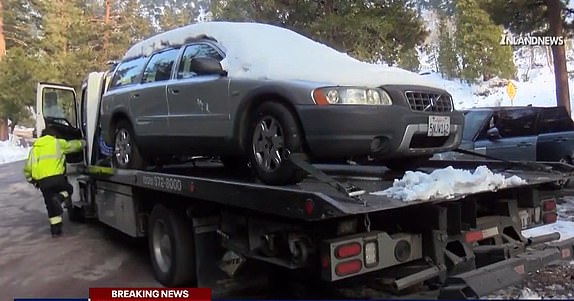 Who is Julian Sands?

The actor’s first major production was 1984’s The Killing Fields, the acclaimed historical drama about the Khmer Rouge in Cambodia. Sands starred as journalist Jon Swain in the triple-Oscar winning film.

But it was his turn the following year in the adaptation of the classic E.M. Forster novel A Room With A View that propelled Sands to stardom.

Portraying the philosophical and free-thinking George Emerson, he falls in love with Helena Bonham Carter’s Lucy Honeychurch at a Florentine pensione in the classic period drama.

The pair locked lips in a poppyfield in what is considered one of the most romantic on-screen kisses of all time.

He later appeared in Steven Spielberg’s Arachnophobia and played the title role in the acclaimed devilish supernatural film Warlock and its sequel Warlock: The Armageddon.

Other projects he has starred in include Leaving Las Vegas, Ocean’s 13, and the English-language version of The Girl with the Dragon Tattoo. 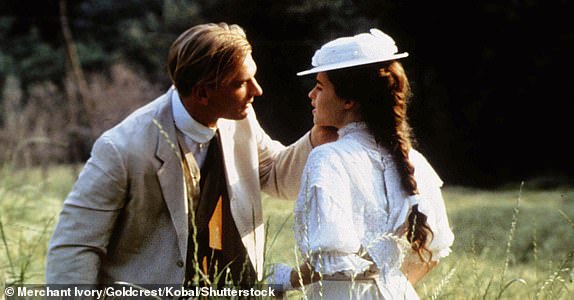 The British actor, 65, is a keen outdoorsman and mountain climber. Last Friday, an alarm was raised as he attempted to scale the 10,000ft Mount Baldy in California. The peak is known as one of the most dangerous in the US, with multiple deaths in recent years. Recent weather has made the ascent even more perilous and search and rescue teams have been involved in more than a dozen missions on the mountain in the last few weeks. Mr Sands was reported missing at 7.30pm last Friday, but an initial search was called off because of the weather. Helicopter and drones were then deployed but they have been unable to find the acclaimed actor.

Welcome to MailOnline’s live coverage of the search for Julian Sands, a week after his shock disappearance. Stay here for any updates as his three children join the rescue mission for the Hollywood star. 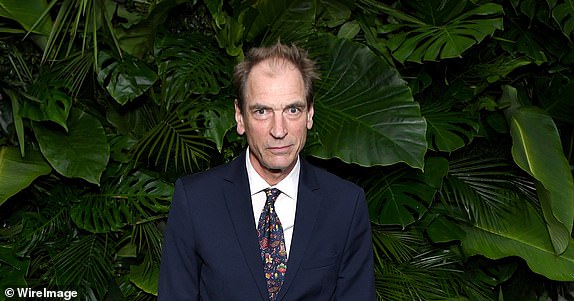