King Charles and the Queen Consort Camilla are set to visit Northern Ireland on Tuesday as part of a series of engagements across the UK – the first trip there by a monarch in six years.

It will be the first time a monarch has visited there since June 2016, when the Queen went to the Giant’s Causeway on the north coast.

The King will carry out a number of engagements in Northern Ireland on Tuesday as part of a programme of visits across the UK.

Accompanied by the Queen Consort, Charles will arrive at Belfast City Airport where he will be greeted by the Lord Lieutenant of Belfast, Dame Fionnuala Mary Jay-O’Boyle, and Northern Ireland Secretary Chris Heaton-Harris. 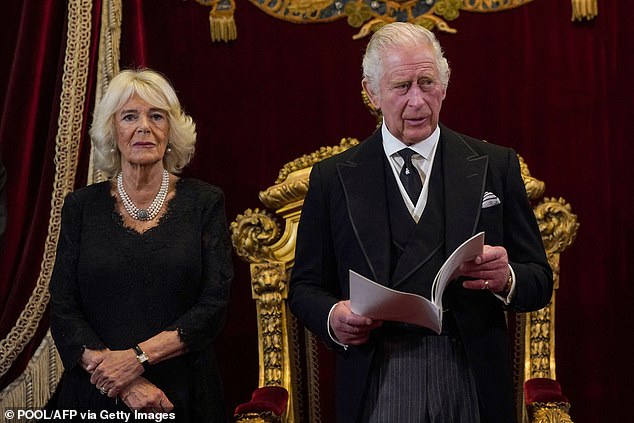 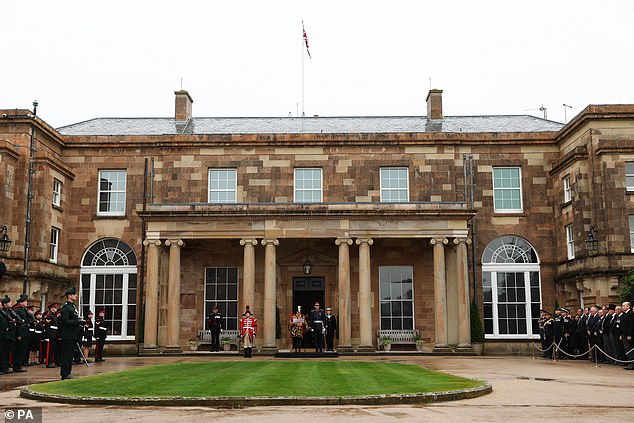 Charles and Camilla will travel to Hillsborough Castle (pictured yesterday as Charles is proclaimed King) in Co Down, where they will hold a private audience with Mr Heaton-Harris and other politicians

Charles and Camilla will travel to Hillsborough Castle in Co Down, where they will hold a private audience with Mr Heaton-Harris and other politicians.

The royal couple will then receive a message of condolence from the speaker of the Stormont Assembly on behalf of the people of Northern Ireland.

Afterwards they will attend a reception at the castle hosted by Mr Heaton-Harris and attended by some members of the public. 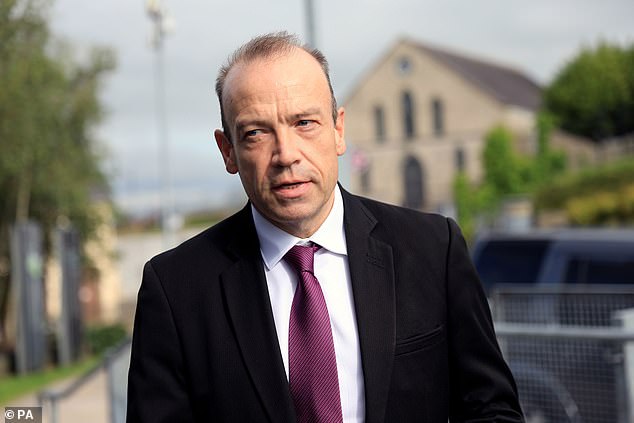 Accompanied by the Queen Consort, Charles will arrive at Belfast City Airport where he will be greeted by the Lord Lieutenant of Belfast, Dame Fionnuala Mary Jay-O’Boyle, and Northern Ireland Secretary Chris Heaton-Harris (pictured on September 8)

Charles and Camilla will also travel to St Anne’s Cathedral in Belfast where they will attend a service of reflection for the life of the Queen.

They will then undertake a walkabout at Writers’ Square before leaving Northern Ireland.

The trip to Northern Ireland follows a visit to Scotland on Monday, with a visit to Wales planned for later in the week.

Charles and Camilla visited Northern Ireland in March, as part of celebrations to mark the Queen’s Platinum Jubilee. 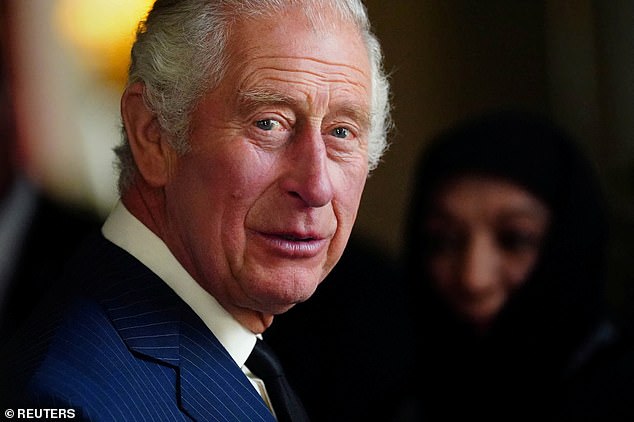 Hillsborough in Co Down is the home of the royal residence in Northern Ireland and has been the location for much of the ceremonial activities since the death of the Queen.

The proclamation of the new King was read from Hillsborough Castle on Sunday by the Norroy and Ulster King of Arms Robert Noel.

When did a monarch last visit Northern Ireland?

Queen Elizabeth II visited Northern Ireland between June 27 and 28 in 2016.

This was her final and 25th visit to Northern Ireland.

She went to the Giant’s Causeway, the Bushmills and took a steam train through Coleraine and Ballarena – as she did on her coronation tour of 1953. 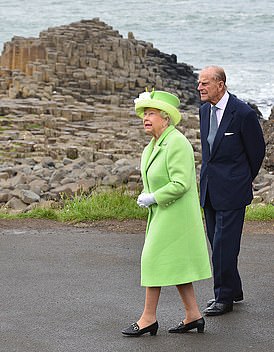 Members of the Northern Ireland Assembly will return to Stormont later on Monday for a special sitting where tributes to the Queen will be paid and a book of condolence opened.

King Charles III smiled through the pain yesterday as he met with dignitaries from across the Commonwealth at Buckingham Palace.

The new King hosted a reception with Realm High Commissioners and their spouses in the Bow Room at Buckingham Palace, pictured smiling as he greeted officials from across the world.

It included dignitaries from Antigua and Barbuda, whose Prime Minister Gaston Browne told the Earl and Countess of Wessex that it was his country’s wish to ‘one day become a republic’ during a royal tour in April.

The royal visit to Northern Ireland will take place as preparations are made for the late Queen’s funeral on Monday, September 19.

Queen Elizabeth’s coffin arrived in Edinburgh on Sunday, September 11 to lie in rest at the Palace of Holyroodhouse overnight as tens of thousands of people lined the streets.

Devoted daughter Princess Anne will accompany the late monarch’s body to London ahead of the funeral, Buckingham Palace confirmed.

The coffin will be taken to St Giles’ Cathedral today where it will lie in rest until Tuesday.

After lying in state for 24 hours, the coffin will be flown to RAF Northolt on Tuesday and taken by road to Buckingham Palace.

It will be taken to Westminster Hall on Wednesday for lying-in-state until the morning of the funeral on September 19. Members of the public will be able to see the coffin as it lies in state.

Queen Elizabeth II’s funeral will be held on Monday, September 19 at Westminster Abbey at 11am – which King Charles has declared will be a bank holiday. 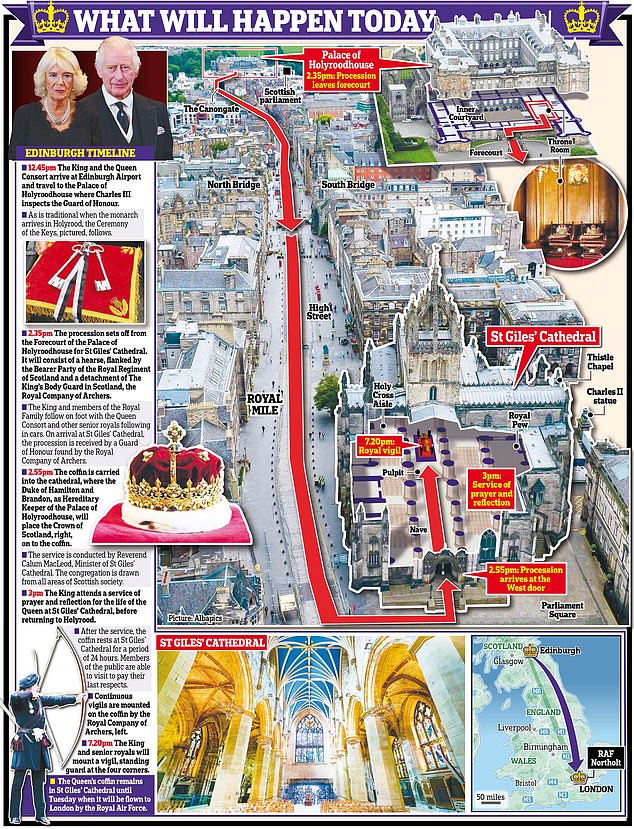 Foul Play Not Ruled Out in Influencer's Death, as Friend Says She Was 'Scared for Her Life'