Labour says it will CANCEL Rwanda migrant deportation scheme with Yvette Cooper branding it ‘deeply damaging, extortionately expensive, unworkable and unethical’ and vowing to use money for a new immigration police force

She vowed to spend the saved money on  ‘a new cross-border police unit’ working with authorities in France to stop people smuggling gangs.

She also unveiled plans for a further 13,000 police officers at a cost of £360million. She echoed Tony Blair as she said Labour would be ‘tough on crime and tough on the causes of crime’.

But no flights have even left the ground yet after a series of legal challenges. Liz Truss has vowed to continue with the policy and could even expand it to other countries.

‘We’ll make sure the immigration system is fair, firm and properly managed,’ Ms Cooper told the conference in

‘And unlike the Tories, we will work with France to prevent dangerous small boats crossing the Channel and putting lives at risk, with a new cross-border police unit to crack down on the criminal gangs who make millions from trading in people  and profiting from their lives, paid for by cancelling the deeply damaging, extortionately expensive, unworkable and unethical Rwanda plan.’ 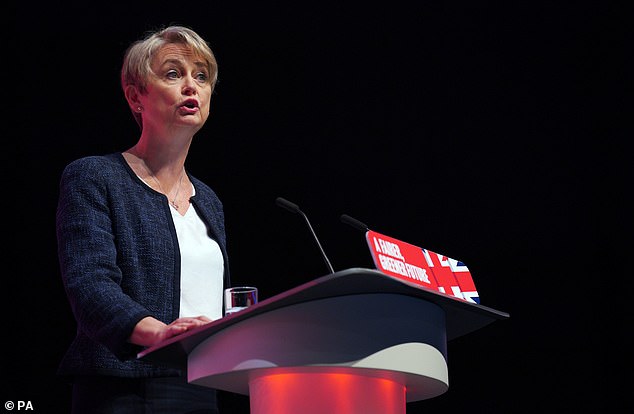 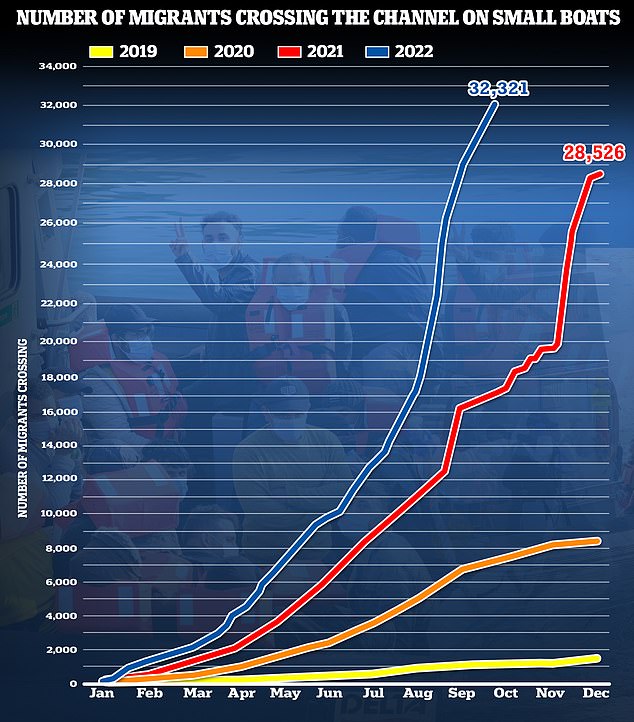 There are fears the Rwanda scheme could be left in legal limbo for more than a year due to more court challenges.

Officials fear the case will ultimately face a final appeal to the European Court of Human Rights in Strasbourg, causing further delay.

The number of small boat migrants to have reached Britain since the start of the year has hit 32,321. September’s arrivals have already set a new monthly record.

Former home secretary Priti Patel sanctioned a Rwanda charter flight in June – but it was blocked from taking off by a Strasbourg judge’s 11th-hour intervention.

Earlier this month the High Court in London scrutinised the policy’s legality in the first stage of a judicial review, with a ruling due later in the autumn. It was originally thought that Rwanda charter flights would be able to begin if the Home Office won that case.

Officials are believed to feel ‘positive’ about the prospects of success at the initial hearing but expect further legal challenges to be drawn out.

Advisers are understood to have warned Miss Braverman that she will have to wait until a series of appeals has been heard.

Even if the Home Office wins in the High Court, the Government’s opponents are likely to take it to the Appeal Court and potentially on to the Supreme Court.