McDonald’s (MCD) former CEO Stephen Easterbrook agreed to repay more than $52.7 million in a settlement with the U.S. Securities and Exchange Commission over investor fraud allegations.

The agency alleges that Easterbrook defrauded the company’s investors by lying about sexual relationships with company subordinates while he was CEO, resulting in a separation compensation that he should not have received because of the alleged fraud.

The conflict — that the company at the time said was related to a single relationship that violated company policy — led McDonald’s board to oust him from the company in November 2019.

According to the SEC, McDonald’s and Easterbook entered into a settlement agreement that characterized his termination as “without cause.” That characterization, the SEC said in Monday's announcement, wrongfully allowed Easterbrook to retain equity compensation that he otherwise would have been required to forfeit. 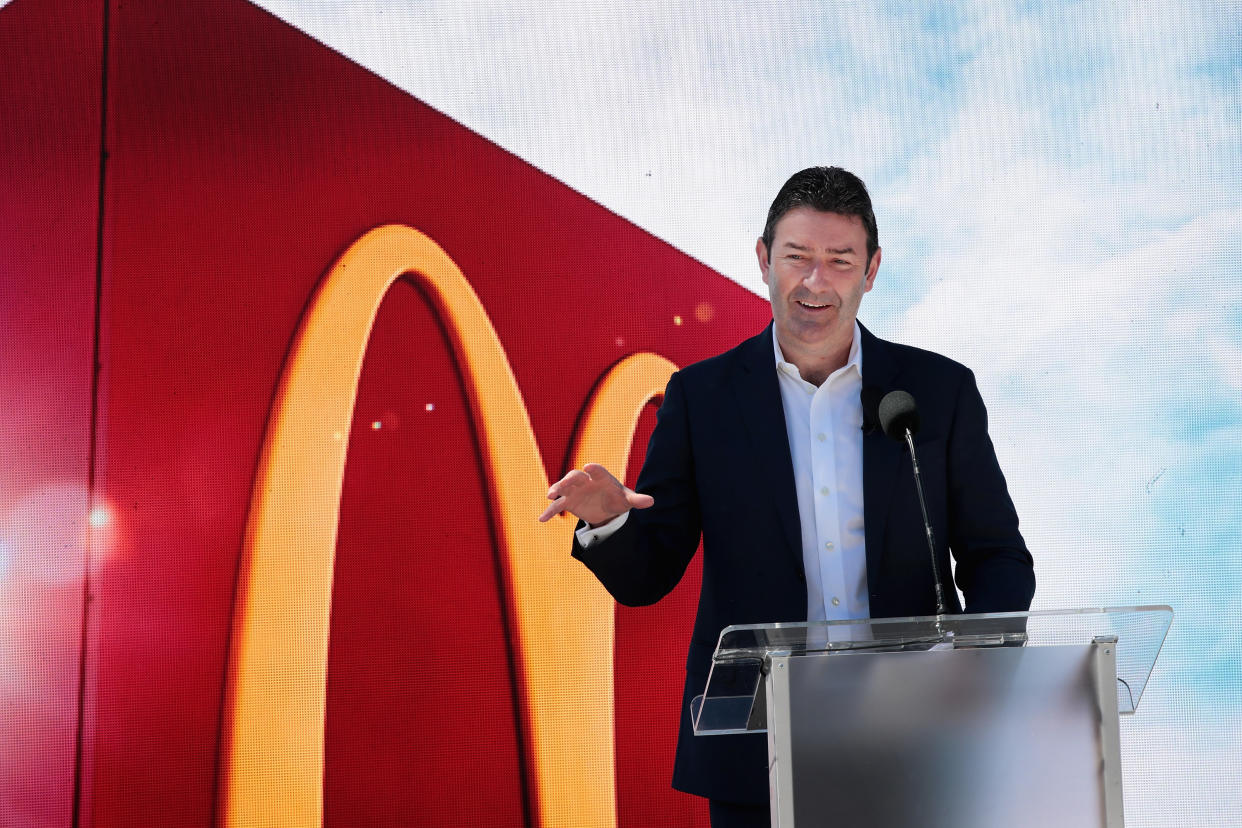 In its order, the SEC said that Easterbrook agreed to pay back $52.7 million to the company, representing disgorgement and pre-judgment interest on his ill-gotten gains, along with interest and agency fines. The former CEO, who neither admitted nor denied the charges, agreed to a civil penalty of $400,000 and to refrain for five years from acting as a company officer or director.

The full amount of disgorgement and prejudgment interest, the SEC said, is deemed satisfied by Easterbrook's repayments to McDonald’s in resolution of the company’s lawsuit against him. In August 2020, McDonald’s sued Easterbrook in Delaware Chancery Court in an effort to claw back separation compensation, alleging that he lied to the company when specifically asked about the three additional intimate relationships with his subordinates.

In December, McDonald’s reached a settlement with Easterbrook in the matter, requiring the former CEO to return more than $105 million in combined equity and cash awards.

"When corporate officers corrupt internal processes to manage their personal reputations or line their own pockets, they breach their fundamental duties to shareholders, who are entitled to transparency and fair dealing from executives," Gurbir Grewal, the SEC's enforcement division director said in a statement. "By allegedly concealing the extent of his misconduct during the company’s internal investigation, Easterbrook broke that trust with — and ultimately misled — shareholders."

McDonald’s also was charged with violating securities laws for allegedly withholding from investors the extent of Easterbrook’s alleged wrongdoing.

However, the SEC said due to the company’s substantial cooperation with the agency, it would not seek to impose fines. Without admitting or denying the charges, McDonald’s agreed to the order and to undertake remedial measures such as seeking and ultimately recovering the payments it made under Easterbrook’s separation agreement, the SEC said.

Easterbrook did not immediately respond to Yahoo Finance’s request for comment.