The Miss Universe Organization called accusations that it rigged this year’s pageant in favor of the winner “absurd” after crowning its first Filipina American champion over the weekend.

The organization issued a statement on Jan. 16 denying the allegations, two days after Houston native R’Bonney Gabriel was crowned the 71st Miss Universe.

“The false rigging allegations are absurd and distract from the incredible milestones our organization and the delegates experienced this weekend,” the Miss Universe Organization said. “Instead of focusing on unfounded statements, we will continue to shine a light on global women’s empowerment, inclusiveness, diversity, and transformational leadership.” 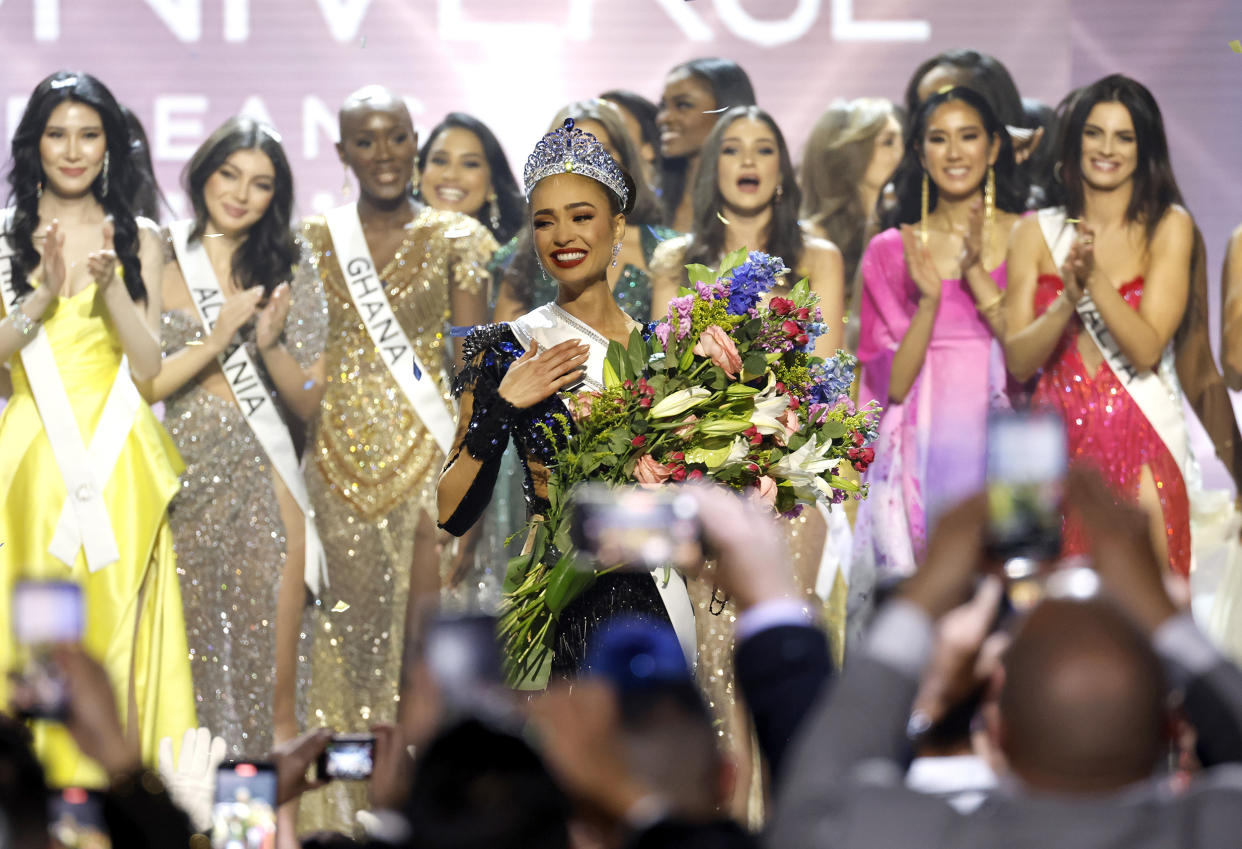 Fans complained on social media during the broadcast that the competition was manipulated in Gabriel’s favor, calling it a “fraud” and #rigged in Twitter replies.

Gabriel became the first Miss USA to win Miss Universe in 10 years, finishing ahead of first runner-up Amanda Dudmel from Venezuela and second runner-up Andreína Martínez from the Dominican Republic in the contest in New Orleans.

The controversy came in the wake of multiple competitors alleging similar rigging during Gabriel’s win in the Miss USA pageant in October.

“Saturday’s competition was the first time a trans woman addressed fans as the owner of Miss Universe,” the organization said in its statement. “It was also the first time a Filipina American took the crown.”

The Miss Universe Organization suspended the head of the Miss USA pageant and opened an investigation in October after more than a dozen contestants alleged the contest was prearranged in Gabriel’s favor.

One contestant told NBC News that Gabriel “was allowed to do different walking patterns on stage, when we were all told to strictly follow the walking pattern that we were given to by the choreographer.”

Gabriel denied the allegations in an interview with E! News.

“It was not rigged because I would never enter any pageant or any competition that I know I would win,” she said. “I have a lot of integrity.”

This article was originally published on TODAY.com

The Hamburglar Bride! Woman in white stuffs two Big Macs in her bra

Star Gazing: Phaedra, Chloe, And More Serve In The Streets