Home » World News » Renee Geyer: Fiery vocalist was at the top of her class

American record companies which released Renée Geyer albums in the US were sometimes faced with an interesting dilemma. Should they show her face on the cover and in doing so possibly alienate black buyers who were absolutely convinced that such a voice could not conceivably be coming from somebody who was not African-American? By her own admission, she was a white Jewish girl from Australia who sounded like a 65-year-old black man from Alabama. 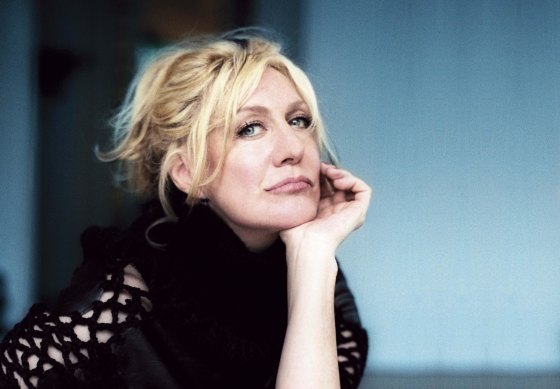 Renée Rebecca Geyer was born in Melbourne to a Hungarian-Jewish father, Edward Geyer, and a Slovak-Jewish mother, a Holocaust survivor. She was named after a woman who assisted her mother in Auschwitz when Josef Mengele had consigned the rest of her family to death. A rebellious child, who had been expelled from a Methodist Ladies College for petty stealing, she began singing around the age of 16, not always with parental approval. Her family nickname name was übermutig (German for “reckless”).

With the Geyer family relocating to Sydney, her first performances were at the Cask Wine Bar in Bondi with the jazz-blues outfit group Dry Red, featuring Eric McCusker, who would later be a key component of Mondo Rock. She then moved on to the band Sun, who were able to record an album early in 1972, under jazz enthusiast Horst Liepolt. More jazz than she would have liked, she soon took up with the more soul/R&B ensemble Mother Earth, with featured stellar players in that idiom, Mark Punch and Jim Kelly.

By this stage, with regular spots on the ABC TV segment GTK, Geyer had amassed a formidable following for her rich, husky, powerful voice. Live, these bands could fill any venue, they were the epitome of cool. RCA, the record company that issued the Sun album, came knocking waving a solo contract and she was able to hit the road with a band more suited to her particular leanings. Sanctuary was very much a “supergroup” of its time, comprised of guitarist Billy Green from Doug Parkinson In Focus, Mal Logan of Healing Force and Chain’s Barry Harvey and Barry Sullivan.

Geyer did not record the first charting album by an Australian female singer; that honour went to contemporary Alison MacCallum, but she came in a close second when her second long player – It’s A Mans’ Man’s Man’s World, produced by Tweed Harris of the Groove – reached the top thirty and yielded up her first hit single with a remake of that 1965 James Brown song. But whereas MacCallum sang the Gough Whitlam’s campaign song It’s Time, Geyer voiced the Liberal Party theme Turn On The Lights. This former student of Sydney Girls High and resident of the eastern suburbs of Sydney would distance herself from this, stating that she was largely apolitical and had only done the session to earn enough money to record in America.

With her third album Ready To Deal, stopping just outside the top twenty, Geyer began recording more of her career signature songs. Radio loved Heading In The Right Direction (co-written by Mark Punch) as they would Stares & Whispers from her next offering. Along with her title song to The Restless Years and the live Shaky Ground. The word was spreading. When Walter Murphy recorded his Phantom Of The Opera concept album in America in 1978, Geyer was cast as Christine. At home she was an uncredited backing vocalist on Dragon’s Are You Old Enough?

Into the 80s, Geyer was working as much with American players and producers as Australians. She was now widely accepted as one of our most significant exports. She joined a band called Easy Pieces for a time, with two former members of the Average White Band and an album on A&M Records.

The guest session dates were particularly hard to ignore. Sting wanted her on his Nothing Like The Sun album, on which she graced We’ll Be Together. Other stars who came knocking were Joe Cocker, Toni Childs, Neil Diamond, Julio Iglesias, Bonnie Raitt, Buddy Guy, Chaka Khan and Little River Band’s Glenn Shorrock with whom she duetted sublimely on Goffin & King’s Goin’ Back for a top forty Australian hit. In 1979 there was an entire album, Blues Licence, with guitar hero Kevin Borich, which took her into what has been described as elements of “added fire” with her vocals.

Hearing of her passing, Colin Hay, the leader of Australian rock band Men At Work, spoke about how “She showed us how to front a bunch of musicians, and how not to. Her voice had everything. Just everything. If beauty has a sound, it is the voice of Renée.

“I hadn’t seen her for years, but we spent a little time together when she lived over here in L.A. I didn’t know her well, but well enough for her to fall out with me.

“She didn’t speak to me for a couple of years. It didn’t matter, I still loved her, and after a while she just started talking to me again as if nothing had happened. Renée could be scary until you got to know her. And then she was really scary. She was funny, filthy and if I managed to make her throw her head back and laugh, well, that was something. What a woman, what a singer! She was at the top of the class, and long may she remain. The Queen is dead. Long live the Queen”.

For a time, RCA and Mushroom Records had shared the release of her albums but Michael Gudinski was determined that there was a major Countdown-era pop hit to be had. He bankrolled her 7th studio album So Lucky, which she laid down at the Shangri La studios in Malibu, which broadened her base to include salsa and reggae. Say I Love You gave her the biggest smash of her career. Geyer was inducted into the ARIA Hall of Fame in July 2005 by Gudinski. 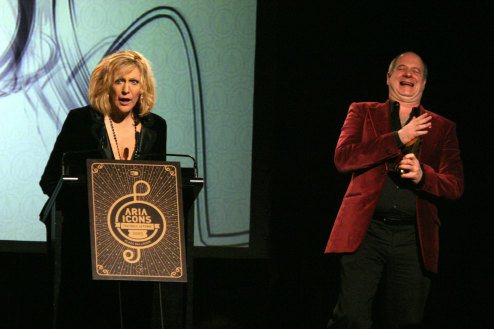 There were a range of words that were used to describe Geyer – determined, focused, argumentative, unpredictable, fiery – and they were some of the mildest. She pulled out of deals with record companies because she disliked track mixes. At her show during the Long Way To The Top tour, she finished an altercation with one of the organisers with a very effective punch.

Her own biography, which she wrote with the late Ed Nimmervol, was titled Confessions of a Difficult Woman. That was the title song of an album that Paul Kelly wrote for her and which she wore with some pride. Kelly produced a second, Sweet Life, with Jo Jo Zep & the Falcons leader Joe Camilleri. Geyer recorded Paul’s Foggy Highway with Vika Bull and Deborah Conway for the ABC TV series Seven Deadly Sins. 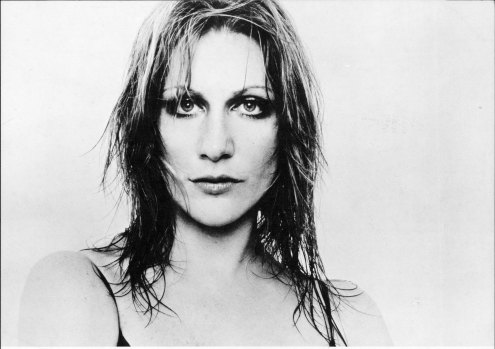 Geyer was diagnosed with breast cancer in 2009, though an operation cleared her of residual infection. In 2011, just before the release of her 15th studio album Swing with its big band covers, there were incidents where she crashed into parked cars. Her defence was that he was that her loss of concentration was due to her medication. In 2015 there was another incident where she verbally assaulted a receptionist at an Adina hotel. She escaped conviction with a 12-month good behaviour bond.

During the COVID lockdown, Geyer mused about her desire to move back into blues music. “I have been influenced by the blues throughout my life and I have never really spoken to that”. Both of her parents are deceased. She was survived by her siblings Denise and Robbie. She had no children. 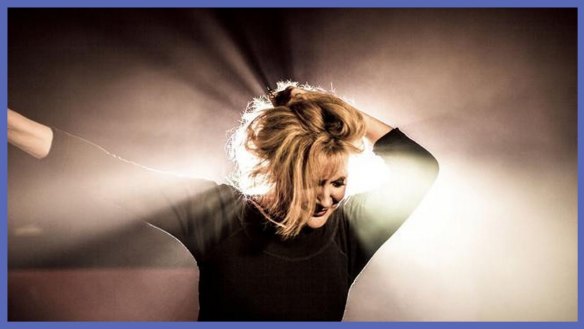 Geyer fell into a coma at age 69 after complications from hip surgery. She was found during the operation to have inoperable lung cancer. By her side was long-time friend and publicist Annie Wright, who confirms that her friend did not smoke, though a lifetime of being exposed to second-hand smoking in venues obviously took its toll. She was able to summon Paul Kelly to come to the singer’s side with some musicians and gently serenade this much adored “difficult woman”.

Early Learning Centre toy shops are BACK – is there one coming near you?