EXCLUSIVE: Terrifying moment young Arsenal star Joe Willock loses control of his £140,000 Mercedes G-Wagon, cutting across THREE lanes then clipping a crash barrier on the M25 and ending up in bushes

This was the terrifying moment when a young Premier League star swerved across three lanes of traffic after losing control of his powerful 4×4.

Amazingly, Arsenal midfielder Joe Willock emerged ‘shaken’ but unscathed from his £140,000 Mercedes-AMG G-class after he lost a rear wheel in the high-speed smash.

England U21 player Willock, 21, was on his way to training for the north London side when he apparently misjudged his exit from the A1(M) motorway to join the busy M25. 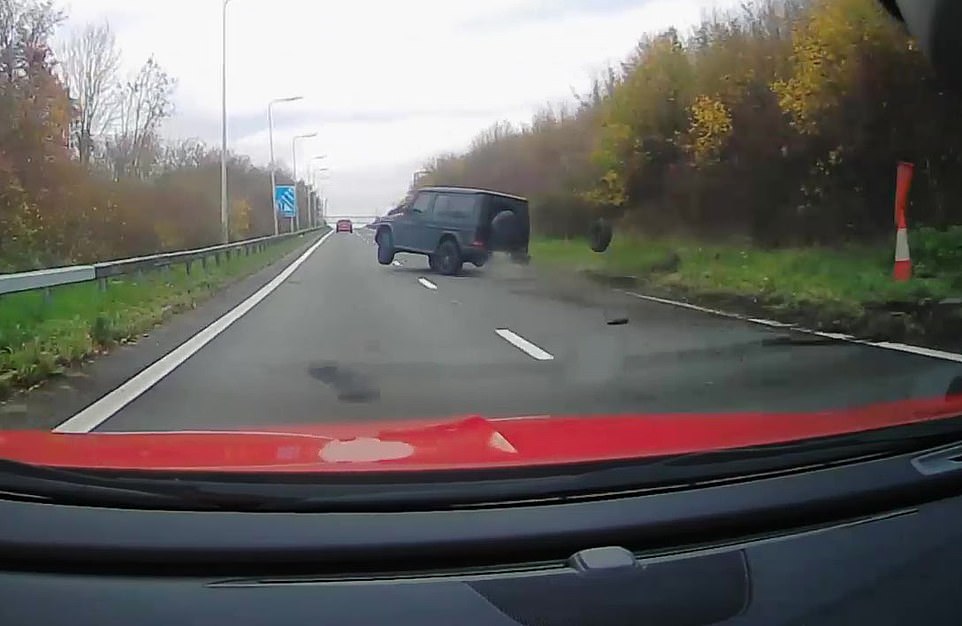 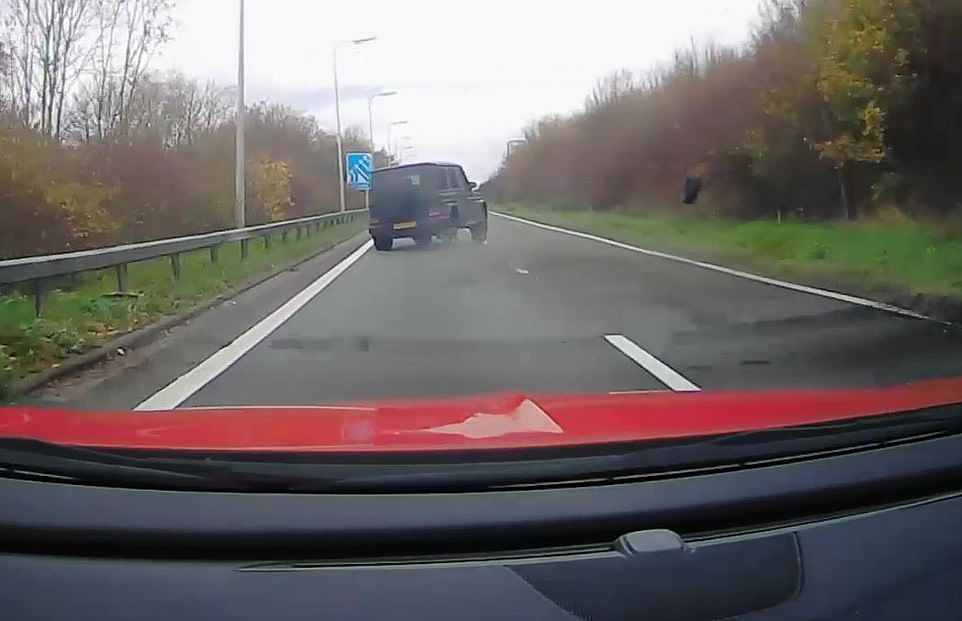 The 21-year-old Arsenal star swerved across three lanes and clipped a crash barrier as lost a wheel to his £140,000 vehicle 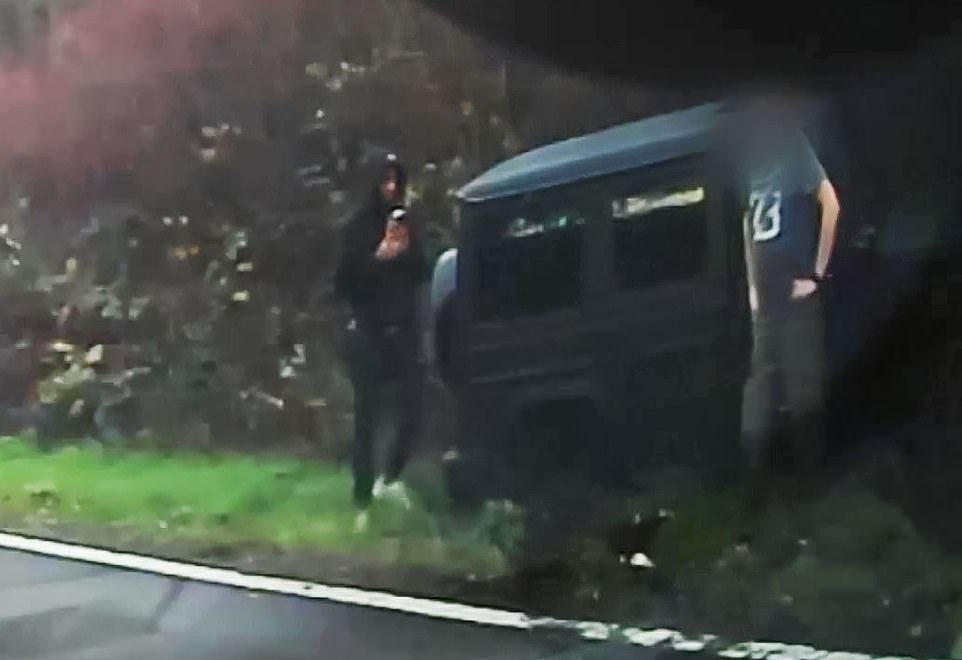 The young England U21 star who earns around £21,000-a-week was seen looking shocked at the roadside after the crash 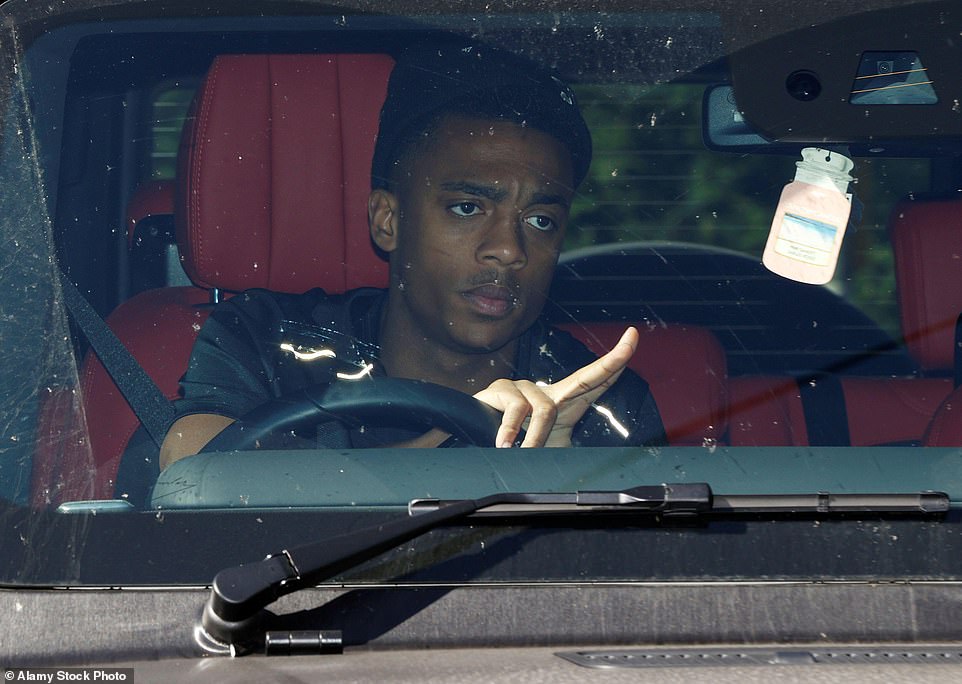 Willock, pictured arriving at Arsenal training in May, was said to have been left ‘shaken’ but unhurt by the smash on Saturday

Another driver’s dashcam caught this dramatic footage as Willock’s car careered across the road, then hit the end of a crash barrier as he lost control of the 2.5 ton, 600bhp beast, sending his rear wheel spinning off up the slip road.

Now on three wheels, Willock’s car then pivoted back on itself, ending up in the bushes, yet incredibly stayed upright. 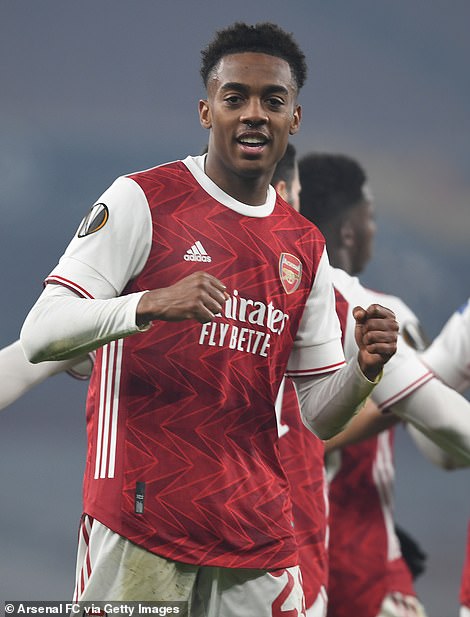 Willock, pictured after scoring for Arsenal against Molde FK on November 5 was on his way to training when it happened

The first driver on the scene, whose dashcam caught the accident, said that when he approached, Willock was furiously trying to reverse the car off the verge, unaware that he was now one wheel short.

The crash took place at 2:14pm on Saturday – just a day before the £20,000-a-week player started in his club’s clash with Leeds United.

Presumably late for Saturday training, perhaps not surprisingly, he struggled to make his mark on Sunday and was substituted after 57 minutes, with the game ending in a 0-0 draw.

The witness, who asked not to be named, said: ‘I didn’t know who he was. He was a bit shaken, but fine.

‘I got out of the car and I went to his window, which was blacked out. You could see that he was trying to reverse back out of the verge.

‘The back wheel was missing but you could see the hub spinning out. He wound the window down and I said: ‘You can’t reverse’. He let out a big scream.

‘I said: ‘You went around the corner a bit fast, like’.

He said: ‘I know, I’m an idiot’. He said he was on his way to training, for Arsenal.

‘He got out and said: ‘Do you think it’s a write off?’. I said: ‘I’m no expert, but I think so – you have half a tree in your front bumper. ‘I then asked him if he was okay and he said he was fine. I said: ‘Do you want to call the police?’. He said: ‘I have already messaged my brother.’

London-born Willock’s two elder brothers are both footballers: Chris, 22, plays for Championship side QPR and Matty, 24 for Gillingham in League One. 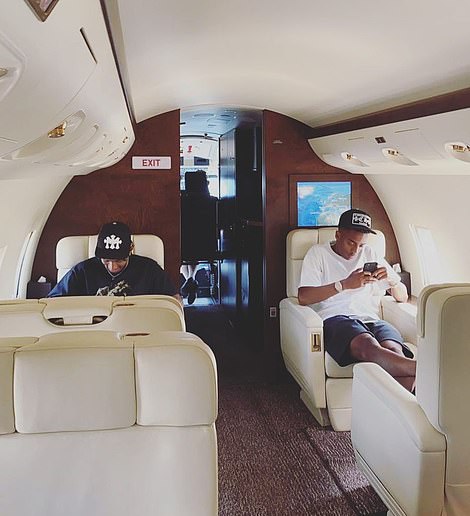 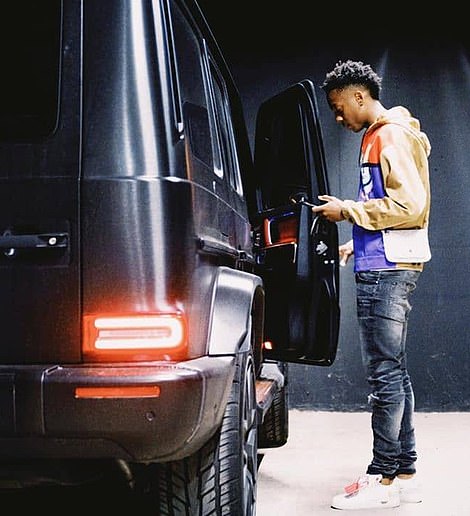 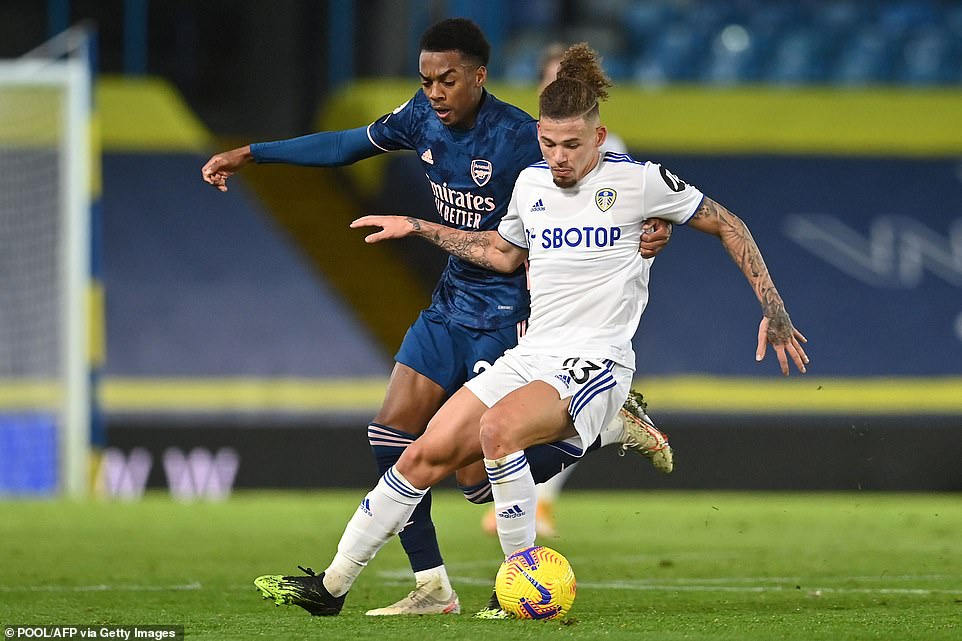 Despite being shaken by the accident, Willock played for Arsenal in his side’s 0-0 draw with Leeds just 24 hours later (above)

All three were youth players for Arsenal from an early age, in Joe’s case since he was four-and-a-half, allowed to play with his big brothers.

All three now share a London flat. ‘We got chatting and he said his name was Joe. I asked him three or four times if he was okay and if needed me to stay,’ added the witness. 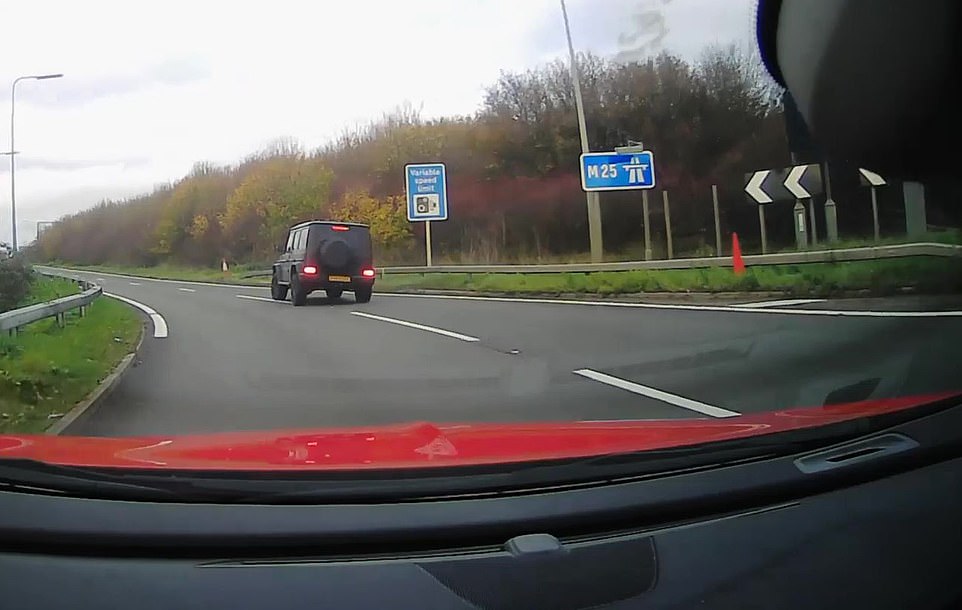 The dramatic footage footage was caught on another driver’s dashcam as Willock’s car careered across the road, then hit the end of a crash barrier as he lost control of the 2.5 ton, 600bhp beast, sending his rear wheel spinning off up the slip road 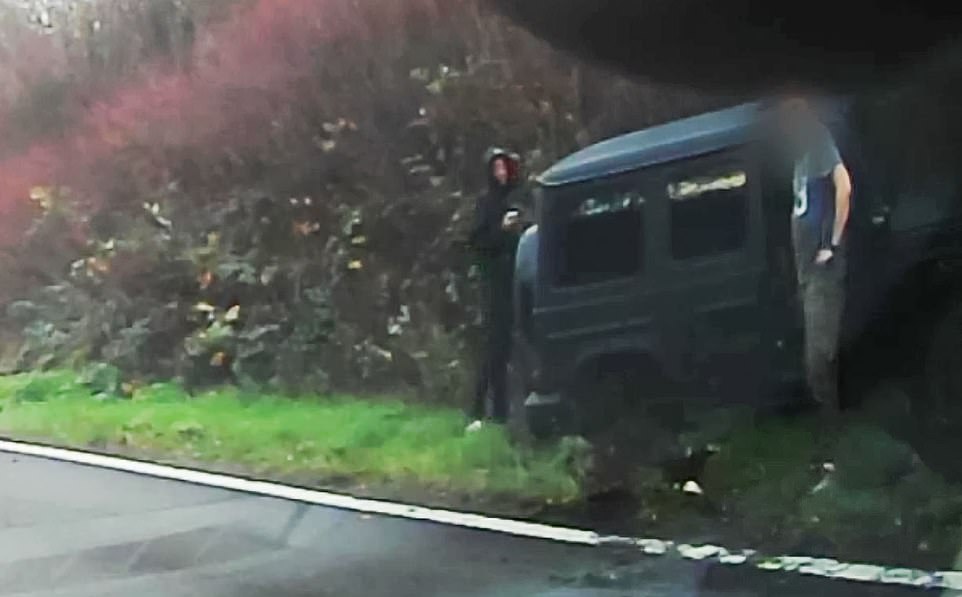 The witness who took the footage said he spoke to the Arsenal star at the roadside who said that he was on his way to training. ‘I asked him three or four times if he was okay and if needed me to stay,’ added the witness who drove off 15 minutes later

‘I imagine somebody would have had to recover the car. There’s no way he could have driven off.’

The witness said he decided to look up ‘Joe and Arsenal’ after the crash – and recognised Willock’s picture.

He added: ‘I asked my wife to Google him, and then I had look – it was definitely his face.’

James Middleton Opens Up About How His Dog Has Helped Him with Depression: 'I Owe Ella My Life'