This is the terrifying moment that a plane’s engine burst into flames during take-off with more than 180 passengers on board in India, sparking a mass evacuation of the flight.

India’s aviation regulator has since launched a probe to find out what caused the IndiGo airlines engine to catch fire on Friday.

It had just begun its thrust on the runway when the fire was spotted, forcing its pilot to abort the take-off and evacuate the cabin.

Incredible footage filmed from passengers on board shows the moment where bright orange sparks and flames burst out of the side. 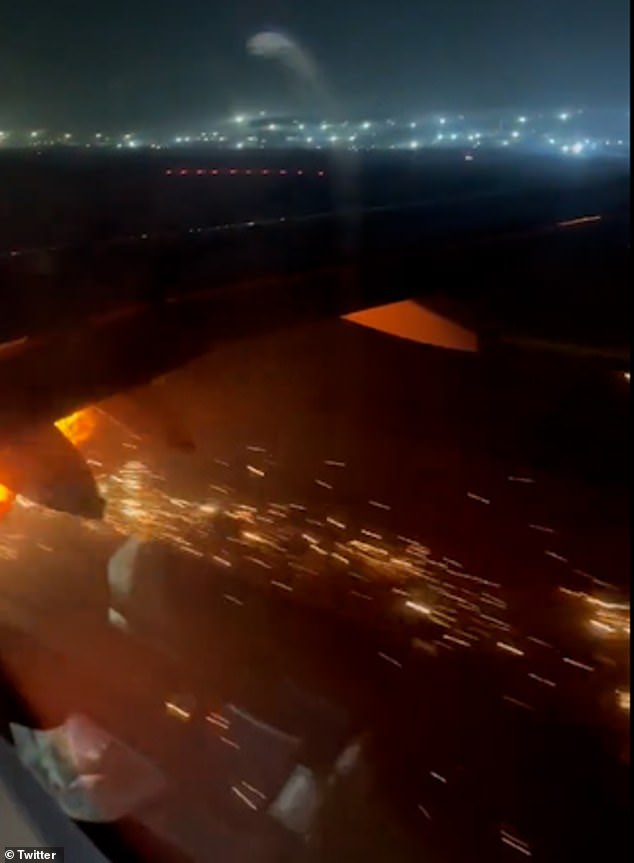 Passengers also reported hearing a loud bang before spotting the flames. Thankfully there were no injuries reported and officials said that the plane was emptied safely.

Travellers have recalled the fear felt on board as many ‘wanted to undo the straps of their belt and just get up’.

‘Everyone was jittery and had their doubts and were trying to understand the situation” one passenger told the Indian Express.

She described the plane gaining full speed and was about to take off before witnessing ‘a huge flash/blaze of fire’.

‘I do not know how many actually saw it at the time since many elderly people and children were sitting in those rows. But, everyone was aware of the fire,’ she added. 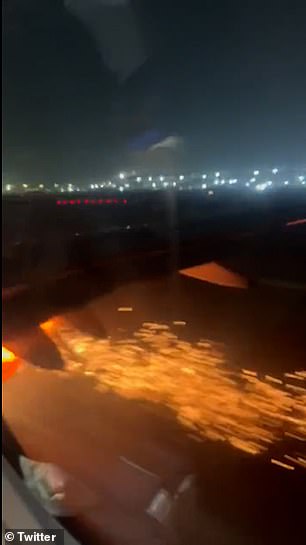 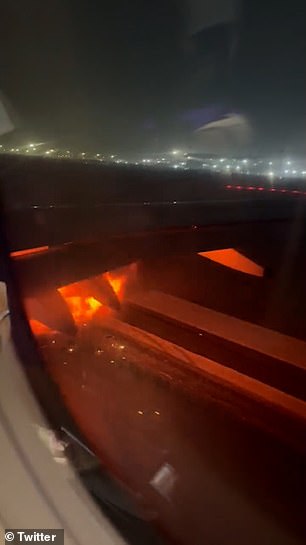 Arun Kumar, chief of the Directorate General of Civil Aviation, said: ‘The priority is to carry out a detailed investigation of the incident and ascertain the reasons for the fire in the engine.

‘Fortunately, the fire was extinguished swiftly and the aircraft is now grounded.’

IndiGo said the aircraft experienced a technical issue, ‘immediately after which the pilot aborted the take-off and the aircraft safely returned to the bay’.

‘All passengers and crew are safe and an alternative aircraft was arranged to operate the flight, which took off at 12.16 am on Saturday,’ the company said in a statement.

IndiGo is the country’s largest private budget airline and controls almost 60 percent of the domestic market. 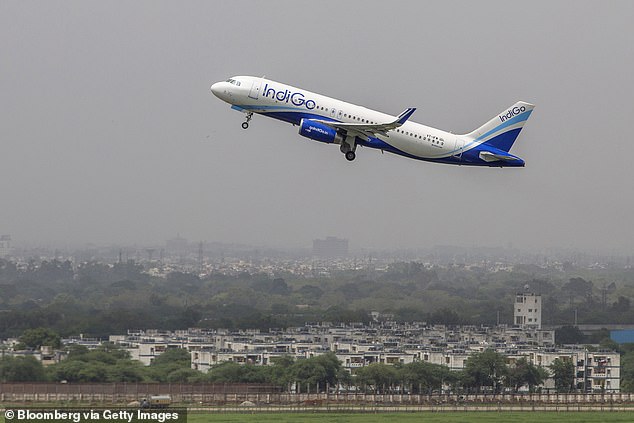 IndiGo said the aircraft experienced a technical issue, ‘immediately after which the pilot aborted the take-off and the aircraft safely returned to the bay’. (File image)

Seventeen people were injured when a SpiceJet flight from Mumbai struck turbulence in May, while in July a Dubai-bound plane was forced to make an emergency landing in Pakistan due to a faulty cockpit light.

My fiancée denies me sex now I've put a ring on it — should I call off the wedding?