Incensed MPs, watchdogs, customers and even post office owners last night backed The Mail on Sunday’s call for a ban on old postage stamps to be delayed.

Stamps that don’t feature a new barcode will not work after January 31 – a move that few people are aware of.

It is thought as many as 100 million old stamps are tucked away in drawers and wallets.

To make matters worse, people cannot take them to a post office to swap them for new ones, as they can do when coins and notes are no longer legal tender.

Instead, they must fill in a complicated form – which cannot be picked up from post offices and must be downloaded – and send it off. They then get new barcode stamps sent to them. 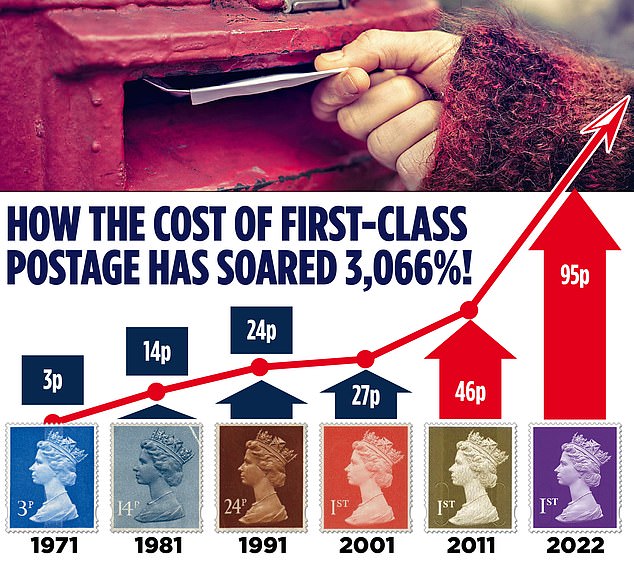 With little awareness among the general public, and a long wait to get stamps swapped over, there are calls for:

Danielle Richardson, money expert at consumer champion Which?, said: ‘Many people will have stamps lying around in drawers and cupboards at home, and now face potentially being out of pocket if they can’t return them in time. 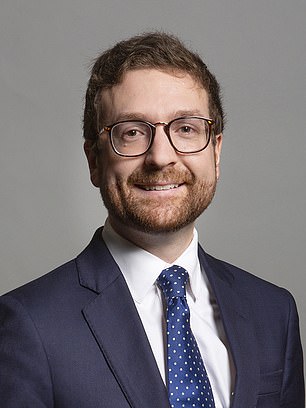 ‘Royal Mail should be making it as easy as possible for customers to exchange stamps in a reasonable period of time.’

‘It should be delayed for a year and more sensible arrangements put in place.

‘The convoluted system whereby people cannot exchange old stamps at the post office but have to download a form and post it off is clearly designed to put people off from bothering.

‘That is inexcusable when many, many people will have traditional stamps that they paid for but suddenly couldn’t use.’

Caroline Abrahams, from Age UK, said: ‘With so much else going on it is easy to have missed the publicity about this change so I hope Royal Mail will redouble their efforts to put out information about it.’

Labour MP and former Minister Kevan Jones, vice-chairman of the all-party post offices group, said: ‘The people in charge of this stamps fiasco must see sense and postpone the changeover for a year.’

‘It does not feel fair on older people’

Jean Teverson, 82, uses a lot of stamps to send letters and birthday cards to her friends and large family.

The retired hairdresser from Ashford, Surrey, who does not use the internet or have a smartphone, said: ‘I can’t understand why I can’t just use up the existing stamps I’ve got, or be able to swap my old stamps for new ones at the post office counter.

‘Why are Royal Mail making older people like me jump through these ridiculous hoops when it was their decision to bring in these new stamps?

‘It does not feel fair on older people like me. It feels like everything these days is going online. You always see ‘for more information go to www …’ It means I have to rely on my daughters for help with this type of thing, and I’d rather not do that.

‘Royal Mail needs to have an urgent rethink and say people should be allowed to just to use the stamps they have got, or let them swap them over at the post office.’ 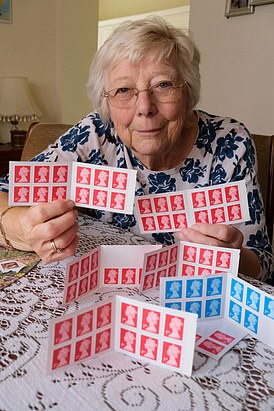 Jean Teverson, 82, uses a lot of stamps to send letters and birthday cards to her friends and large family

Part of the confusion has come about because many people consider the Royal Mail and Post Office the same thing. They split in 2001.

The ban on old stamps does not include special pictorial stamps such as Christmas ones.

Customers and staff told of their frustrations. Peter Burnett, owner of Ferndown Post Office in Bournemouth, said: ‘The scheme is ridiculously unfriendly to the elderly and anyone with difficulty accessing the internet. Every day we are asked at least 20 times to swap stamps.’

‘A cynic might think that the way the swap is being rushed is a way of bolstering Royal Mail’s profits by rendering a lot of stamps in circulation valueless.

‘A sensible system where post offices were used to swap stamps and remunerated for providing the service by Royal Mail would be supported by most of us.’

Those who have sent off stamps face long delays. Tim Herlihy posted 55 stamps on October 11, after being told it would take seven days. He has still not had replacements. When the 58-year-old landlord from West London asked at his local post office how long it would take, he was told the wait had soared to four weeks. He said: ‘I was taken aback that they couldn’t just do it at the post office.’

Matt Hill, editor of Stamp Collector magazine, said: ‘We have been inundated with comments, questions, and complaints about the scheme. For many people this is a huge amount of money. Postage stamps are legal tender, and there are concerns that the exchange is too complicated.’

Royal Mail says it has sent leaflets to 31 million homes and placed adverts in newspapers and on the radio and social media. The company said stamps must be checked to ensure they are not counterfeit and post offices are not equipped to do this.

The new barcode will allow the firm to track and trace every piece of post and cut lost items.

A Post Office spokesman said: ‘Stamps are a Royal Mail product and Royal Mail is responsible for swapping non-barcoded stamps sold at post offices and other places.’

The move by Royal Mail, which last year made £758 million, comes as staff have 16 days of strikes planned in the run-up to Christmas – threatening deliveries.

Farce of 148 tick-boxes on exchange form

By Molly Clayton and Brendan Carlin

Swapping old stamps for new ones is a time-consuming and laborious process – and involves a very complicated form.

You have to download and print a form, then send off the unused stamps in the post and wait for replacement barcode versions to be returned.

Under the Stamp Swap Out scheme, there are two different types of application form – one for stamps whose total value is less than £200, and another for those whose value is more.

For the smaller amount, the form has to be downloaded, printed and filled with details.

Postage is free. If you don’t have access to a printer, you can request a form to be posted to you by completing an online form – or they are available from Royal Mail delivery offices. 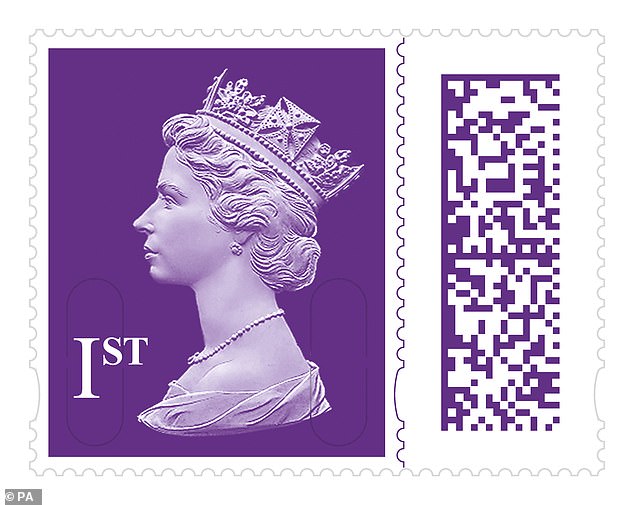 Swapping old stamps for new ones is a time-consuming and laborious process – and involves a very complicated form. Pictured: One of the new stamp which features a barcode

There is a helpline, but our reporter was on hold for more than 30 minutes, only to be urged to complete the process online.

It is more complicated for amounts valued at more than £200. The Royal Mail requests exact details of the returning stock – with 148 tick-box options.

Stamps must be batched in clear plastic bags, sorted by both value and colour, and have to be attached to their original backing or paper.

You are then encouraged to post everything using the Royal Mail Special Delivery Guaranteed service, with costs starting from £6.85, to an address in Edinburgh.

These postage costs will be refunded – but only to an equivalent value in barcoded stamps.

There are fears forms are getting lost. Margaret Deans, 55, from Renfrewshire in Scotland, has been waiting three weeks after sending her form off.

She said: ‘l’ll just resign myself to the fact l’ve lost them.’

The system is much more complicated than a similar scheme employed when paper £20 and £50 banknotes no longer became legal tender for retail use.

The notes were withdrawn from service on September 30. Not only could the old notes be exchanged on the spot at post offices, with the equivalent amount deposited straight into people’s bank accounts, but high street banks offered the same service.

Britons at risk of heart attacks to trial radical drug