NHS nurse, 46, who thought persistent cough was long Covid after she worked through pandemic learns she is dying of cancer

An NHS nurse and mother of two who worked throughout the pandemic has been diagnosed with terminal cancer – after believing her cough was a result of long Covid.

Victoria Puar, 46, who worked at Birmingham Children’s Hospital as a ward sister, says she caught the virus during a camping trip with her family in August 2021 and suffered with a horrible cough for months afterwards.

Although she and her daughter Lydia, eight did not suffer as badly as the rest of the family, Victoria believed the cough was the result of long Covid.

After being told by a GP to come back three months later, the standard procedure for long covid coughs, she was finally sent for tests earlier this year.

They ultimately showed she has stage four adenocarcinoma – a cancer which develops in the lining of the organs.

It had already spread from her lungs to her heart and doctors discovered she was actually suffering from heart failure. 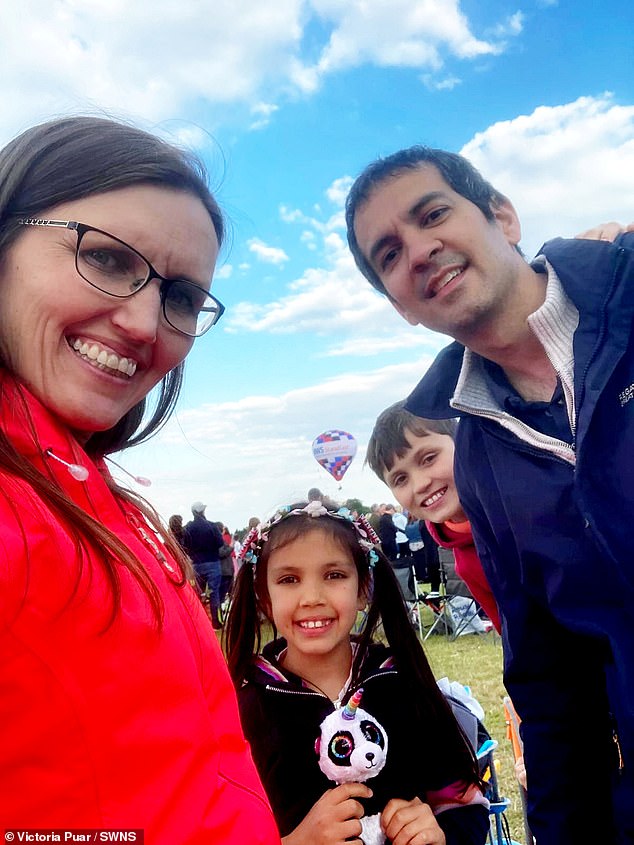 Victoria Puar, 46, is from Castle Bromwich in the West Midlands and has a loving husband and Ben 46, and two children, Joseph, 11, and Lydia, eight 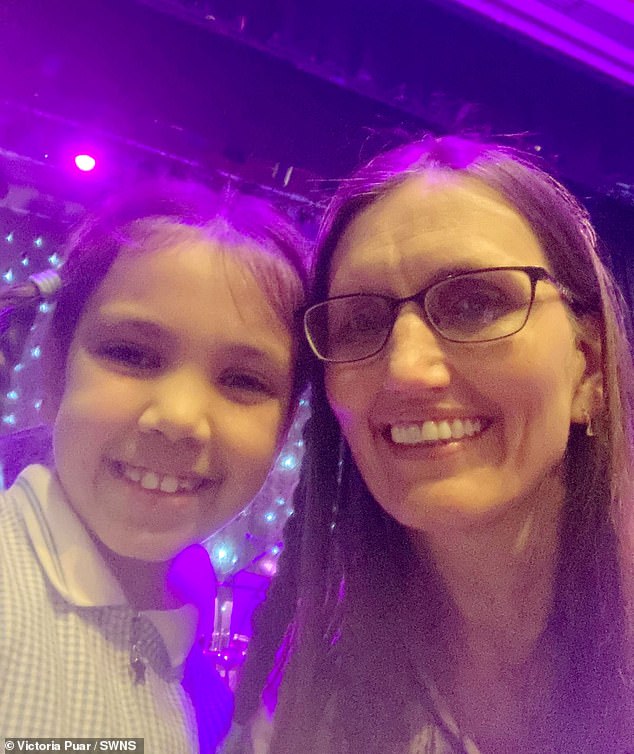 Victoria said: ‘My life has been turned upside down. I’m hoping the chemotherapy and immunotherapy will give me a few more years. I’m praying for that’

Victoria, from Castle Bromwich, West Midlands, is now urging everybody suffering with a cough to get it checked out as soon as they can, and colleagues have set up a JustGiving page to raise money for her family.

So far the page has raised £14,000, and any additional money will be used to ease the financial pressure on her and her family while she undergoes treatment.

The NHS nurse lives with her husband and Ben, 46, a radiographer, and their two children, Joseph, 11, and Lydia.

She said: ‘My life has been turned upside down. It’s crazy, just absolutely crazy.

‘I’m hoping the chemotherapy and immunotherapy will give me a few more years. I’m praying for that.

‘If anyone does have a cough, just please, please go and get it checked out and don’t just assume it’s just a Covid cough.

‘I never thought for one minute that my cough would turn out to be cancer.

‘There’s loads of people out there coughing and you just don’t realise.

‘You don’t know if it’s something more serious so just get it checked out, please.’

After the family recovered from coronavirus in August 2021, Victoria returned to work at Birmingham Children’s Hospital as a nurse – and noticed that she still had a cough.

She said: ‘Ben and Joseph were quite poorly with Covid-19 but Lydia and I weren’t really that poorly at all – I was just a bit weak and had a cough.

‘I just carried on coughing.

‘When I rang my GP in October 2021, they told me not to come right away because it was a Covid cough and you need good time to get over it so give it three months.

She says she does not blame her GP or staff, as ‘nobody knows exactly what long Covid is or how to treat it as it’s so new.’ 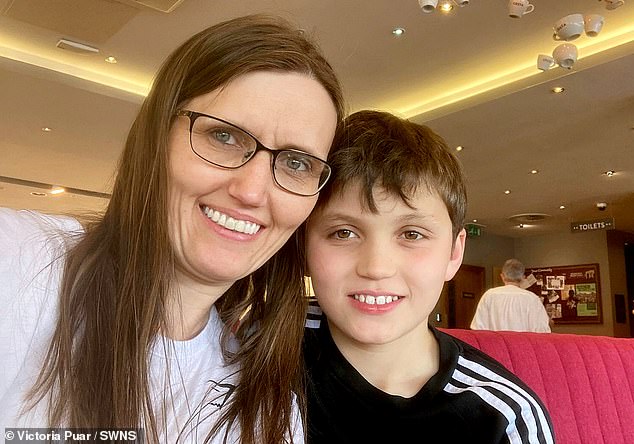 ‘I kept working as I was getting negatives on my PCR tests and I wasn’t feeling poorly, I just kept coughing.’

Victoria continued to work on the frontline throughout the pandemic.

Colleagues have described her as a ‘very special person’, adding: ‘Like many NHS heroes Victoria has dedicated a great deal of time, hard work and commitment to the NHS, particularly throughout the pandemic, missing out on precious time with her family.’

It wasn’t until around February 2022 – six months after she caught Covid-19 – that Victoria was sent for a chest X-ray with her cough still present after her GP grew concerned over the sound of her breathing.

The X-ray showed inflammation on her chest and Victoria was given steroids and inhalers with doctors believing she could have developed asthma as a result of coronavirus.

The medication reduced the inflammation on her chest and Victoria was sent for another chest X-ray where doctors noticed a shadow on her left lower lung.

Victoria then underwent an urgent CT scan, a PET scan, an EBUS procedure, biopsies and blood tests to figure out what the shadow could mean.

The CT scan revealed she had a build-up up fluid around her heart, with an echocardiogram on June 9 showing that Victoria was in fact in heart failure.

The mum-of-two was rushed to theatre where they drained 410ml of fluid off her heart – more liquid than in a can of Coke.

The procedure meant Victoria could breathe more clearly but she was then ultimately diagnosed with stage four adenocarcinoma two weeks ago on June 14.

Despite the long wait for a diagnosis, she says she does not blame her GP or the NHS – as she too thought she had long Covid.

Victoria said: ‘They initially thought it was stage one but then found it had spread from my lungs to my heart and to a lymph node on my clavicle, so it is stage four cancer.

‘Going through all these tests was horrible because I’m a nurse for children and I was told I had a pericardial effusion which we would rush our young patients to theatre for immediately to drain the fluid off.

‘I seemed more worried about the fluid than they were because I’m used to treating children for it but I’m an adult so it’s a bit different as an adult body can hold more fluid.

Victoria will now undergo two rounds of chemotherapy and one round of immunotherapy with her first chemo session today (8/7).

As Victoria prepares for her first round of chemotherapy, she is urging anyone with a cough to go to their GP immediately and to not dismiss it as potential long Covid.

You can find her JustGiving page here.

Now the Ploughman's lunch is cancelled

PROF MARTIN MARSHALL: Why DO you need diversity training to give jabs?

United CEO says COVID-19 vaccine should be mandatory for employees