Maritime unions and sea pilot representatives have raised safety concerns about a firm at the centre of a major safety probe that has been granted approval to operate at the Port of Melbourne.

Australia’s transport safety bureau is probing the May breakaway and near-breakaway of two ships steered by employees of Poseidon Sea Pilots. Poseidon’s arrival will fuel competition and has caused angst among the cluster of firms who employ the pilots who steer giant ships through Melbourne’s ports and avoid dangerous supply chain-clogging crashes. 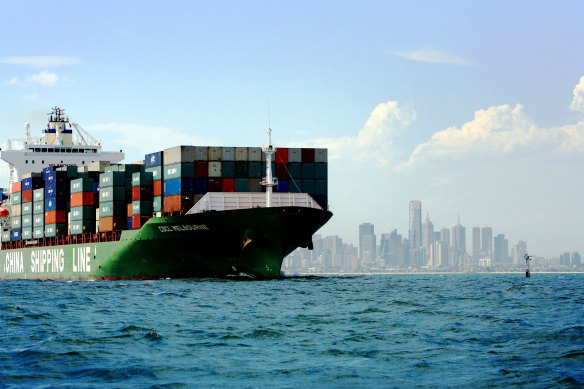 Poseidon recently won a $250 million contract to be the sole operator at the Port of Brisbane.

“Simulator-based training isn’t particularly well known in Australia and there are many variables that are not taken into account in a simulator that you are exposed to in real life,” he said.

Maritime Union of Australia deputy Victorian branch secretary David Ball is concerned about the entrance of “lower-standard operators” into Victorian ports. He said simulator training was no match for on-water experience.

“With Poseidon threatening to come in, there’s really not enough work to sustain [three providers]. It creates an unsafe work environment and a race to the bottom,” he said.

President at Australasian Marine Pilots Institute Peter Dann said he had heard of potential safety problems associated with Poseidon’s Brisbane operations and said simulator training was substandard and could lead to dangerous accidents.

The AMOU’S Davis said most of the Poseidon pilots registered to work in Victoria were already working for the company in Brisbane. 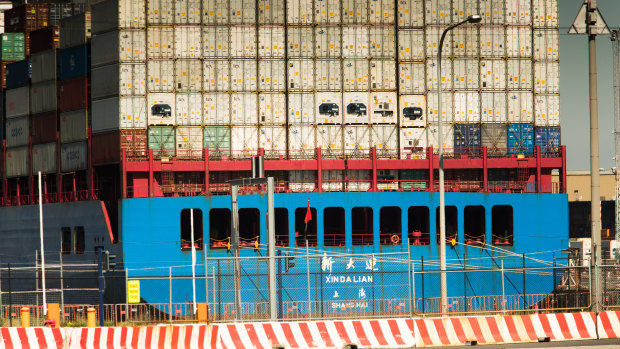 The Port of Melbourne: Concerns have been raised about “lower-standard operators” in Victorian ports.Credit:AAP

Pilots in Brisbane had complained to the union about fatigue caused by working long hours, Davis claimed, and this could be exacerbated if some Poseidon staff were sent to Melbourne, spreading thin the existing trained workforce and potentially necessitating the hiring of inexperienced new staff.

A spokeswoman for Poseidon said the company would maintain high standards even as it expanded across different states. “The training Poseidon Melbourne pilots will perform before commencing pilotage is recognised as being a world-leading program. Suggestions to the contrary are ill-informed and nonsense,” she said.

“The training will comprise numerous Melbourne-specific simulation tasks over multiple days at the world-class SmartShip simulator in Brisbane. This will be followed by the full mandatory observation and check trips required by Maritime Safety Victoria.”

Port Phillip Sea Pilots had a monopoly on the Port of Melbourne’s sea piloting operations until 2018 when the Victorian government allowed a second operator to foster competition. The reporting of an almost-disastrous near miss in September of that year highlighted tension between firms. 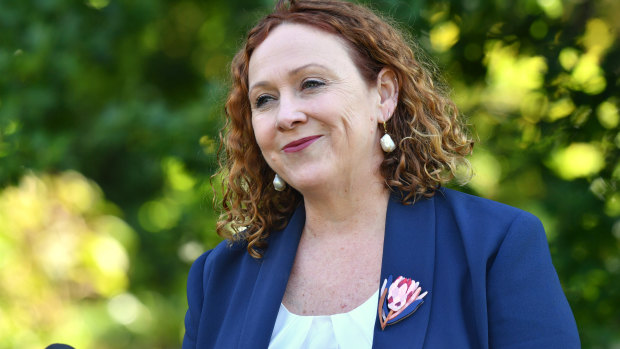 One of Poseidon’s new Melbourne pilots has previously been at odds with the Victorian government after running an anonymous email and YouTube campaign, under the Seinfeld-themed pseudonym Art Vandelay, that eventually forced him to apologise to Victoria’s Ports Minister, Melissa Horne, when he was outed.

In September 2020, Port Phillip executives met with Horne, who on three occasions expressed her frustration with the communications from Vandelay.

Later that month, Port Philip’s managing director wrote a memo to all staff, obtained by The Age, urging the unnamed employee to stop sending “critical and erratic” emails.

The memo quotes Horne as having said in the meeting: “Mr Vandelay has muddied the waters for you significantly with his vexatious communications”.

By October the company had identified the pilot behind the campaign. The pilot then wrote to Horne apologising for “any offence or embarrassment caused”. The experienced worker, who The Age has decided not to name for privacy reasons, has since moved from Port Phillip to Poseidon.

Despite his correspondence causing annoyance, the issues raised prompted secretary of the Transport Department, Paul Younis, to write to Vandelay in July 2019 about what the bureaucrat described as “very serious allegations”. Younis’ letter was obtained under freedom of information laws.

Okanagan-developed marijuana breathalyzer with an artificial nose ready for testing

Where is You Dont Know Me filmed?

Narcos: Mexico Boss on How Bad Bunny Came to Be Kitty — Plus, One Cast Member's Real-Life Tie to This World