Deja brew: US could face ANOTHER beer shortage after extinct Missouri volcano contaminated the country’s largest CO2 reserve – causing shortage in the sector that could see prices quadruple

Beer drinkers across the US are staring glumly into their pints, knowing the costs are likely to rise due to a nationwide shortage of carbon dioxide – thanks in part to issues at a Mississippi volcano.

The extinct volcano, the Jackson Dome, has since 1977 provided carbon dioxide to the food industry, among others.

Yet in recent months the supply has become contaminated due to raw gas from a mine seeping in, meaning it cannot be used in food.

As a result, the beer industry is facing another shortage – coming after trouble that first bubbled up in 2020, when the pandemic caused problems in the supply chain and drove up prices.

‘We’ve been running delivery to delivery for the past few weeks, and we are certainly concerned about the supply,’ said Ronn Friedlander, co-founder of Aeronaut Brewing. 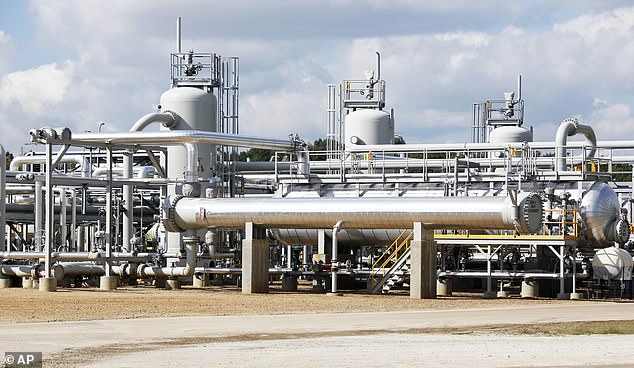 A carbon dioxide plant in Mississippi, which is fed from the extinct volcano. The supply has become contaminated, worsening an existing shortage 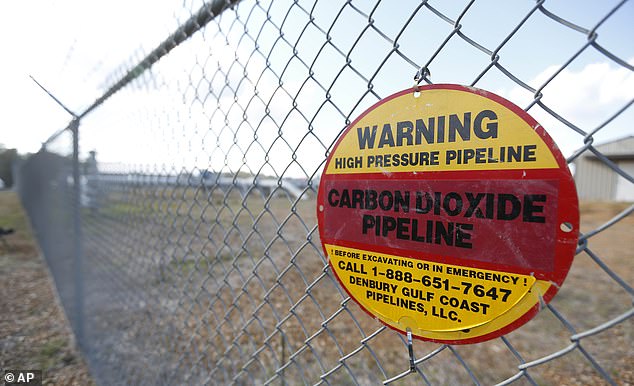 The CO2 pipeline in Mississippi, operated by Denbury, is pictured 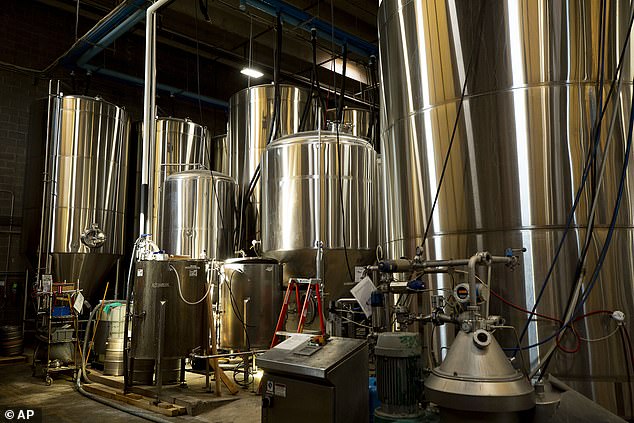 Brewing equipment inside Denver Beer Company. Industry experts are warning of rising prices due to a shortage of carbon dioxide 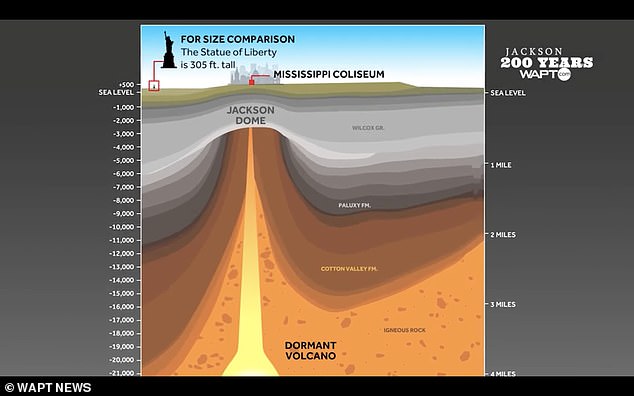 The Jackson Dome, an extinct volcano, is a major producer of CO2 used in the food industry

He told Axios they were investigating ways to reduce their CO2 emissions, and capture and reuse gases given off during brewing.

‘We’ve looked into CO2 capture systems, but the lead times are five to six months, which doesn’t address the current supply problems,’ he said.

Another factor, The Washington Post said, is planned and unplanned maintenance shutdowns at several ammonia plants that are key producers of CO2. Axios reported that the price of carbon dioxide has risen fourfold. 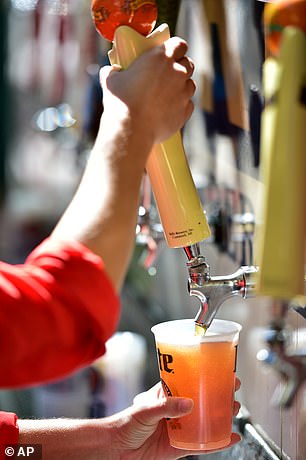 Brewers are warning that a shortage of carbon dioxide could, once again, raise beer prices

In July, Night Shift Brewing, based in Everett, Massachusetts, said they were being forced to reduce production due to the CO2 shortage.

‘Last week, we learned that our CO2 supply has been cut for the foreseeable future, possibly more than a year until we get more,’ they wrote on Instagram.

‘Breweries depend on CO2 to make beer, so this was pretty awful news to get.

‘Seems like this will be an issue that impacts a lot of local breweries, so we’re probably one of many breweries facing this new threat to our business.’

The CO2 shortage is not the only issue.

Inflation has pushed the price of aluminum cans up by 20 percent in a year, according to the website Good Beer Hunting, while malt is up 30 percent and shipping 50 percent.

Labor costs have increased by 20 percent.

The government’s Consumer Price Index shows beer prices up 5 percent this year, but Chuck Skypeck with the Brewers Association told WCPO that he believes prices could go higher.

The Brewers Association issued guidelines for brewers to help them get the most out of their carbon dioxide, including making sure there are no leaks in their lines.

‘Our members have faced a long string of challenges, and we have found ways to overcome most of them,’ said Bob Pease, president and CEO of the association.

He told The Washington Post: ‘We will try to help our members overcome this one.’

Helicopters called in to help with search for missing London teenager