Private companies that provide accommodation for asylum seekers have seen their profits increase as much as six-fold on last year as record numbers of migrants enter the UK.

Total profits made by the three contractors who provide the service have doubled from £110.5million in the last year that accounts are available up from £50.4million the year before.

Tory MPs criticised the use of millions of pounds of taxpayers’ money as the number of asylum seekers arriving in the UK on small boats this year reached 38,000.

The profits come despite the Home Secretary Suella Braverman facing legal action over the conditions at Manston processing centre in Kent. 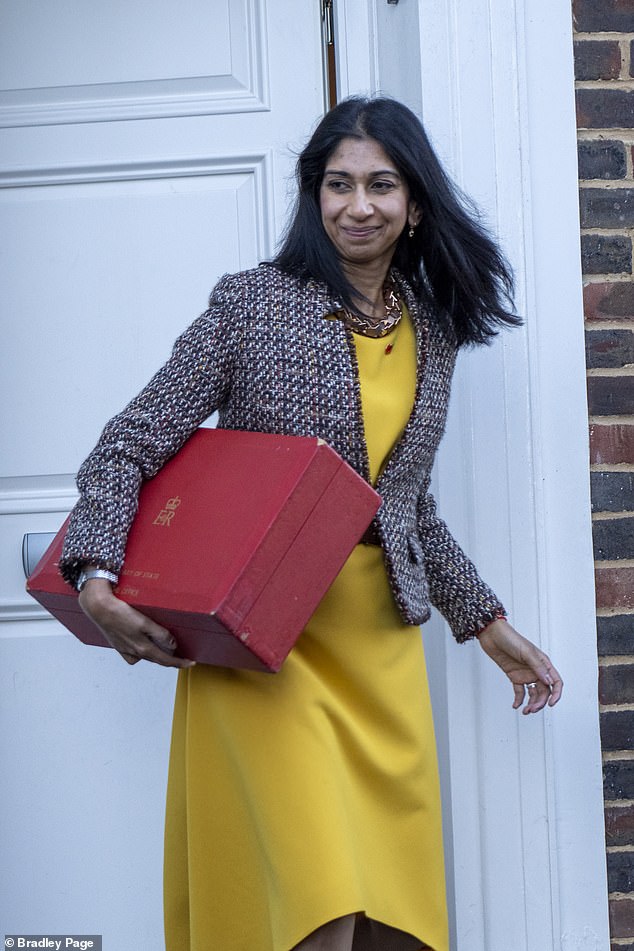 Clearsprings Ready Homes (CRH), which provides accommodation for asylum seekers in the South of England and Wales, increased its pre-tax profits six-fold this year.

Its profits before tax rose from £5million in 2020/21 to £34.6million the following year. Its accounts make clear that the company’s income is derived almost exclusively from the Home Office contracts.

The company has a 10-year contract to manage asylum seeker accommodation in England and Wales, a mix of hotel accommodation that the Home Office says is costing it more than £5m a day, and shared housing.

It paid out dividends of almost £28m last year, an increase from £7m last year. Its annual report states that this increase in revenue ‘reflects growth in the number of asylum seekers accommodated under the Home Office contracts’.

‘This has been driven by an ever-increasing influx of asylum applicants to the UK,’ it adds.

It anticipates that the company’s ‘future outlook’ will be strong because ‘the number of arrivals per year is expected to continue at a high level for the foreseeable future’.

In 2020 the National Audit Office voiced concern that, for the South of England, Clearsprings was the sole bidder and faced no competition in securing the contract.

Serco Ltd delivers accommodation services for asylum seekers in the Midlands, the East of England, and the North West.

The company attributes the significant uplift in turnover to covid-19 contracts and ‘additional volumes within the Company’s immigration contract with the UK’. 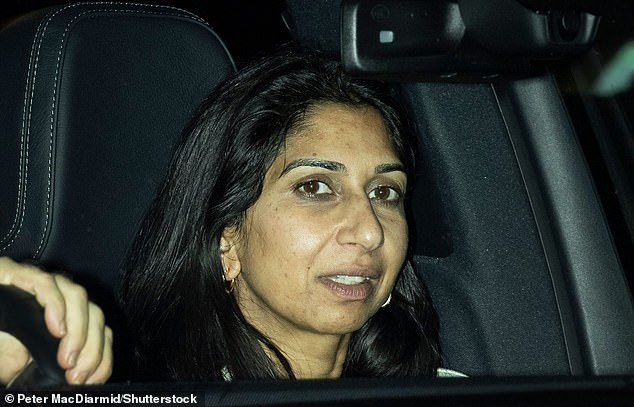 Mears Ltd – which provides accommodation services under AASC in Scotland, Northern Ireland, and the North East – has increased pre-tax profits from £8m in 2020 to £21.3m in 2021.

Its annual report attributed this to the resumption of maintenance services after the pandemic, but it also said that the part of the business that deals with the AASC had performed well.

The company said revenues in that division were up 24 per cent year-on-year ‘primarily as a result of the elevated AASC revenue’.

The figures mean that the total pre-tax profits for the contractors who receive taxpayers’ money to house asylum seekers have increased to £110.5m for the last year that figures are available.

This is twice the figure of £50.4m the year before.

Last week it emerged that the embattled Home Secretary could face a court battle over the safety of women and children at the Manston centre.

The action, which is at its earliest stages, alleges ministers left a woman in ‘egregiously defective conditions’ at the processing hub.

It also emerged that the amount of taxpayers’ money given to charity Migrant Help has increased considerably on last year. 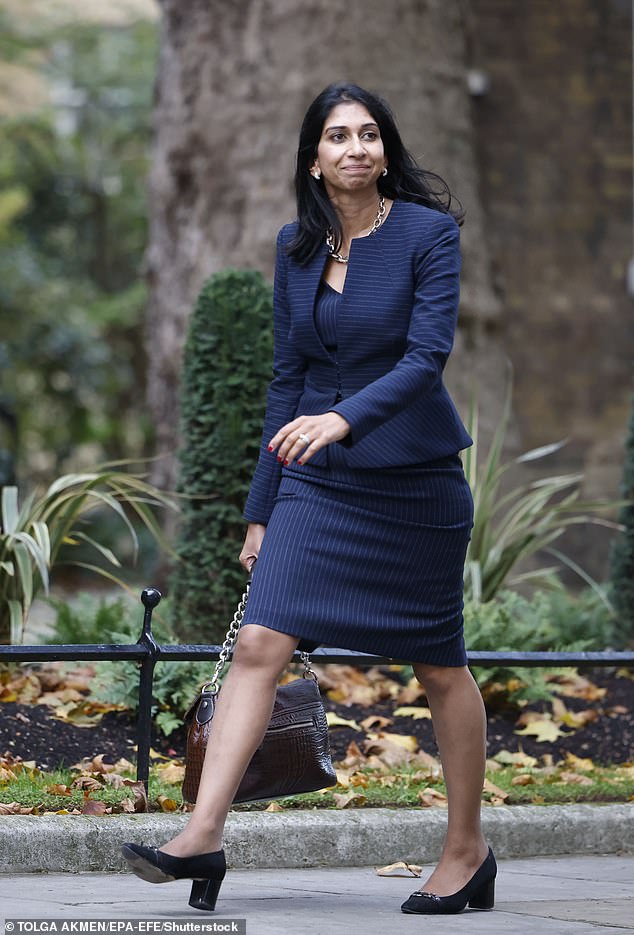 The company is contracted under the Advice, Issue Reporting and Eligibility (AIRE) contract with the Home Office, which is worth £235m.

Applying for the contract in the first place required formal accreditation by the Office of the Immigration Services Commissioner (OISC).

The quango is under ‘urgent review’ by Ms Braverman over fears its training programme had been hijacked by activists.

‘This increase has been down to the growth of the contract to provide advice, issue reporting & eligibility guidance to asylum seekers in the UK,’ it said in its report.

The accounts also show that Migrant Help Trading recorded a doubling of its profits between 2020 and 2021, from £0.52m to £1.23m, and that this came ‘primarily from providing interpreting services that supported the greatly expanded AIRE contract’. The money goes back into the charity.

Tory MPs erupted with rage last night about the cost to the taxpayer of covering accommodation for asylum seekers due to a failure to stop migrants crossing the channel.

Tory MP Lee Anderson said: ‘It’s utterly bonkers that the taxpayer is rewarding companies and quangos while they are failing to handle the migrant crisis. 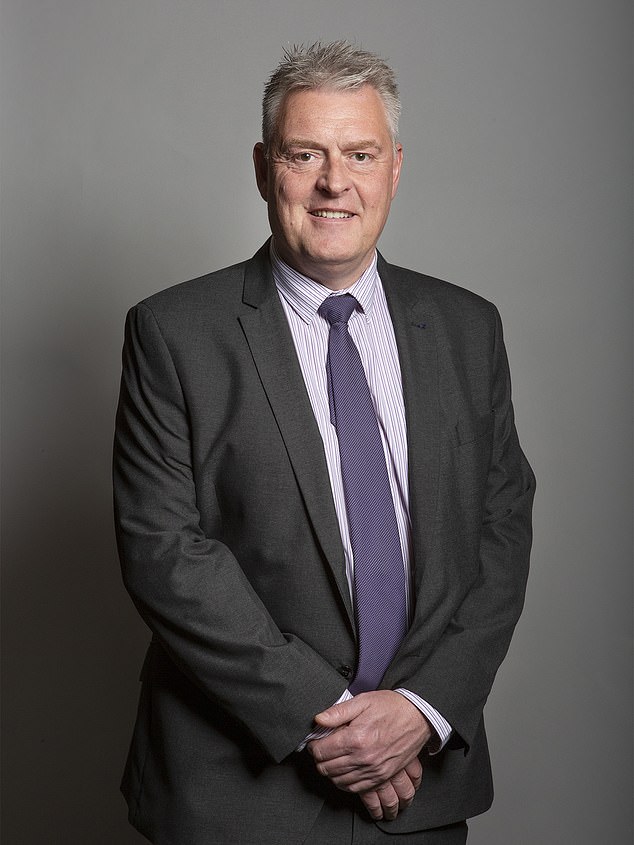 Tory MP Lee Anderson said: ‘It’s utterly bonkers that the taxpayer is rewarding companies and quangos while they are failing to handle the migrant crisis’

‘We’re in a cost of living crisis and we should be spending taxpayers’ money efficiently, not on campaign groups that are failing in their day jobs and actively undermining the Home Secretary’s Rwanda policy.

‘It’s time for us all to grow a pair, dismantle the Office of the Immigration Services Commissioner and replace it with management that does the job. ‘

Tory MP Ben Bradley said: ‘Why are we handing money to such failing, wasteful and divisive quangos and campaign groups?

‘Suella and her ministers are dedicated to fixing this problem and they’re being undermined by people who are using taxpayers’ money to fail in their duty and undermine the government’s policy.’

Tory MP Pauline Latham said: ‘Millions of Brits are worried by this small boats crisis, and when my constituents find out that the companies responsible are raking in so much taxpayer cash whilst the system fails, they will be mortified.

‘The Home Secretary is working hard to secure Britain’s borders and introduce much needed reform.’ 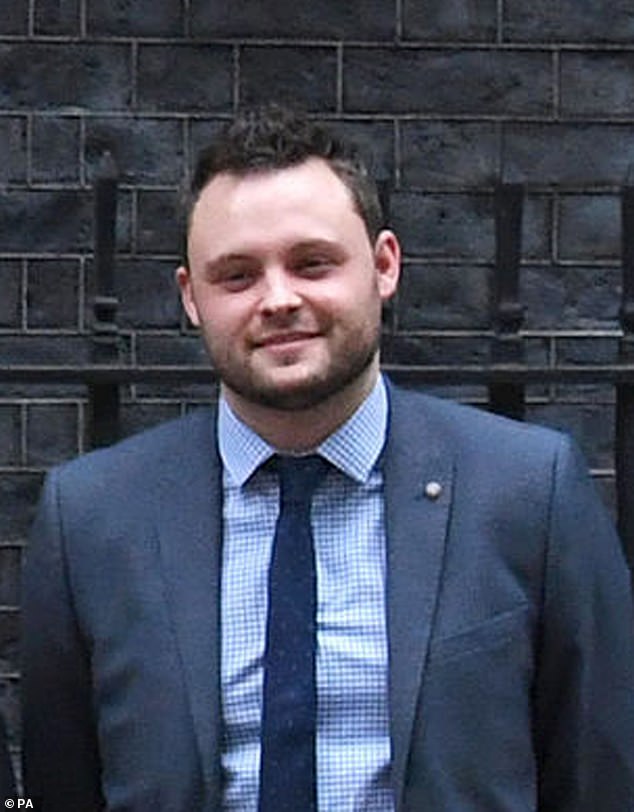 Tory MP Ben Bradley said: ‘Why are we handing money to such failing, wasteful and divisive quangos and campaign groups?’

Clearsprings Ready Homes could not be reached for comment.

A Serco spokesman said: ‘Serco employs over 55,000 people serving government customers around the world and across a number of sectors. We earn a fair return for the services we deliver averaging five per cent. In 2021 around two-thirds of our profit was from our work outside the UK and the increase was from a number of areas including acquisitions and our work on Covid-19 and across justice, immigration and citizens services.’

A spokesman for Mears said: ‘Our profits are up due to resuming our maintenance services, which were disrupted during the pandemic.

‘This is not connected to the provision of asylum accommodation and support, where profits are capped by the contract and our margin is small, particularly as we meet the rising costs of energy in the circa 8500 homes we manage.’

The numbers are in: Here’s how popular House of the Dragon really is