The Colombian social leader, known as an ‘untiring fighter’ for human rights, was killed last week at her home. 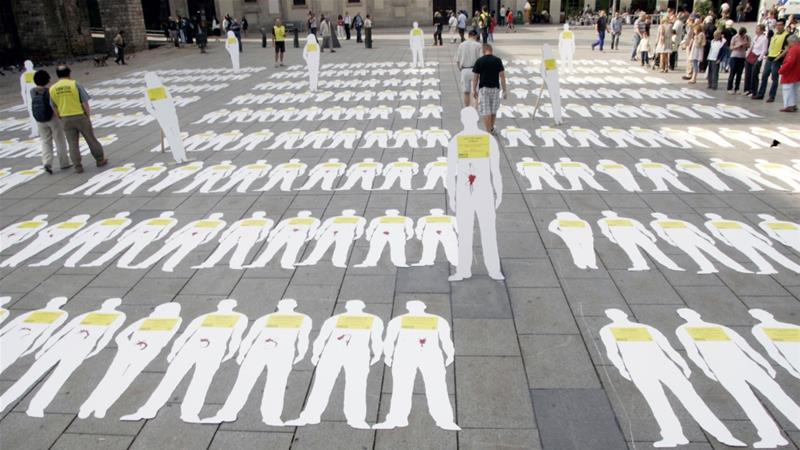 Human rights groups have decried the killing of a Colombian farmer and social leader, who was reportedly murdered in front of her husband and son.

She headed a governmental movement to grow alternatives to coca in Mapiripan, in the central region of Meta.

They referred to Cruz Rojas as “untiring fighter” when it came to improving the wellbeing of the local community.

Mapiripan was previously an area of armed conflict in Colombia.

Paramilitary group the Autodefensas Unidas de Colombia, (AUC) carried out a five-day mass killing in July 1997. Former General Jaime Humberto Uscategui was sentenced to 40 years in jail for his role in the killings.

Cruz Rojas’ murder comes as groups warn that human rights defenders are increasingly targeted in Colombia and throughout Latin America.

There were at least 106 murders of social leaders and human rights activists in Colombia last year, according to rights group Somos Defensores.

There have been at least 22 murders of rights activists so far in 2018, the Inter-American Commission on Human Rights (IACHR) said in a statement last week.

The IACHR urged the Colombian government “to adopt urgent measures to protect those who defend human rights in the country” and “to carry out diligent investigations”.

The IACHR also said those affected “are in a special situation of vulnerability, located in remote areas where armed conflicts have historically been more intense”.

Inside Fox’s Decision to Revive ‘Joe Millionaire’ — With a Twist

Can a UV Sanitizer Help to Kill Covid? Here's What You Need to Know