Britain’s leading black newspaper has called for the Royal Family to apologise and pay slavery reparations after a backlash from readers over its decision to let Prince Charles ‘guest edit’ an edition.

The heir to the throne took over The Voice’s September edition, praising Bob Marley in a personally-penned editorial and including interviews with Baroness Doreen Lawrence, actor Idris Elba and Barbados Prime Minister Mia Mottley, with whom he has worked closely on issues such as climate change.

But The Independent newspaper yesterday revealed that the decision to allow royal involvement had ‘unleashed a torrent of criticism’ from readers.

Some thought it was hypocritical of the prince to discuss race relations issues and praise the achievements of Britain’s black community without acknowledging recent claims of royal racism raised by Harry and Meghan.

One was quoted as saying it was ‘a joke’. The paper quoted another saying: ‘Hearing the reason why The Voice chose Prince Charles to be guest editor still leaves me with disappointment. 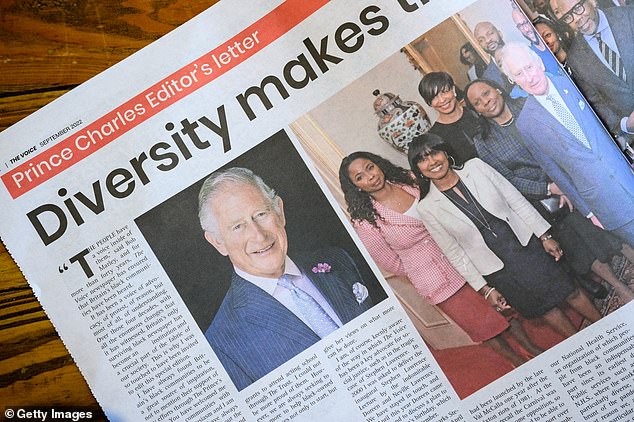 The Voice’s decision to allow royal involvement in their September edition (pictured) ‘unleashed a torrent of criticism’ from readers. A spokesperson for the paper said reparations remain ‘a key demand’ from all institutions that were ‘involved or gained from’ slavery

‘Until the Royal Family acknowledge the part they played in the slave trade, take accountability and pay reparations, we don’t need to hear from them in a black newspaper.’

A spokesman for The Voice said: ‘We recognise the strong feelings some of our readers have over this edition and the divergence of views in the community.

‘We agreed to collaborate with The Prince of Wales after looking at the work he had done on race equality over 40 years and the parallels with our campaigning over the same period.

‘The edition we published deals with important issues like reparations and black empowerment, told through the eyes of prominent and respected figures in the community.

‘An apology and reparations for enslavement of Africans remains a key demand from all institutions that were involved or gained from it.’

The monthly newspaper’s editor Lester Holloway told BBC London: ‘All of the institutions, including the Royal Family, that have been involved in the historical horrors of colonialism have not apologised for slavery and what we’ve got is statements of personal regret which is absolutely not good enough.’ 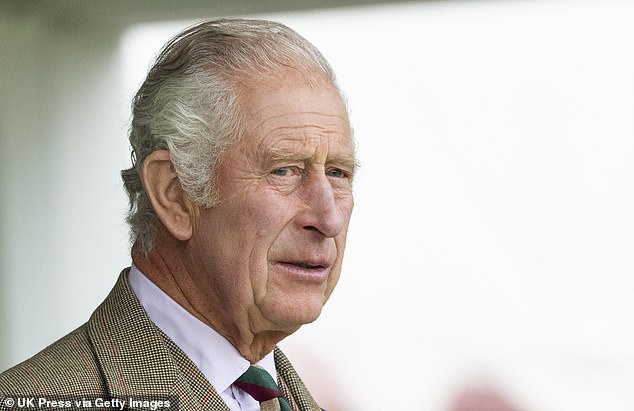 Prince Charles (pictured at the Braemar Games on Saturday) said he was ‘so touched’ to be asked to edit the newspaper. But some readers thought it was hypocritical of the prince to discuss race relations issues and praise the achievements of Britain’s black community without acknowledging recent claims of royal racism raised by Harry and Meghan

The Prince’s guest editorship celebrated many achievements of the black community over those four decades and, Clarence House said, ‘records HRH’s long-standing collaboration with black leaders, which has led to The Prince’s charities providing continued support for the community in many areas’.

Charles himself was ‘so touched’ to be asked to edit the newspaper, saying he had always found Britain’s black communities ‘a great source of inspiration’.

In an interview with US chat show host Oprah Winfrey in March last year, the Duchess of Sussex said there were ‘several conversations’ between herself, Harry and members within the royal family about ‘how dark’ their baby could be before son Archie was born.

Following the interview, Prince William insisted the royals were ‘very much not a racist family’.