Putin’s reign has been mandated by GOD, head of Russia’s Orthodox Church declares as he urges the nation to pray for the president’s health on his 70th birthday

The head of the Russian Orthodox church today called for all to pray for the health of Vladimir Putin, who today turned 70.

Rumours the tyrant is suffering from a terminal illness have emerged in recent months, supported by political and intelligence analysts, but nothing has been confirmed.

Patriarch Kirill said that Putin’s reign over Russia had been mandated by God, and prayed for his vitality.

‘God put you in power so that you could perform a service of special importance and of great responsibility for the fate of the country and the people entrusted in your care,’ he said.

Kirill, who has been the head of the Russian Orthodox Church since 2009, wished Putin ‘unrelenting strength and God’s abundant assistance.’

The Russian President has historically refused to answer questions surrounding his faith. 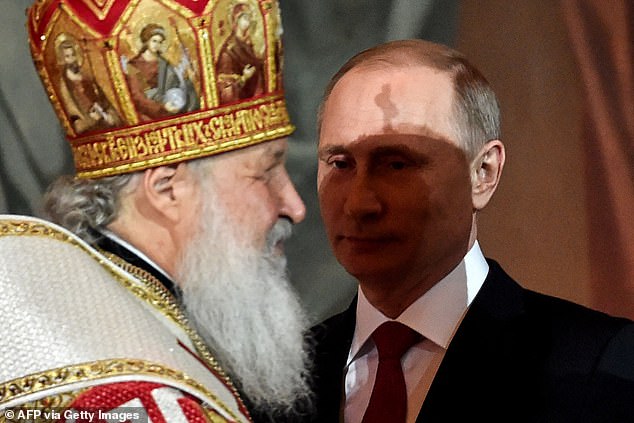 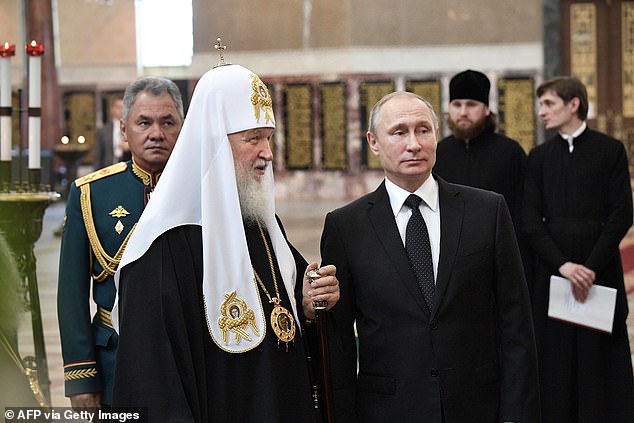 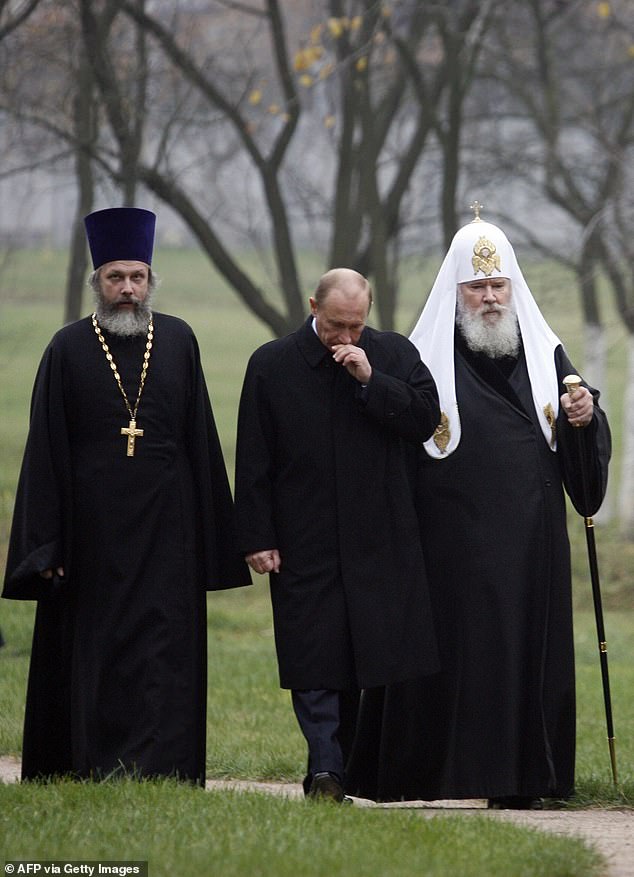 The church leader praised Putin for ‘transforming the image of Russia, strengthening its sovereignty and its defence capability, protecting its national interests.’

Kirill wished ‘health and a long life’ to the Russian leader who has been in power for more than 20 years.

He also called on worshippers across the country to say two days of special prayers so that God grants Putin ‘health and longevity’.

Earlier today, The Mirror reported that Putin was suffering from ‘aching back problems’ and was turning 70 ‘in pain’.

Kirill said at the event: ‘We pray to you, our Lord God, for the head of the Russian State, Vladimir Vladimirovich, and ask you to give him your rich mercy and generosity, grant him health and longevity, and deliver him from all the resistances of visible and invisible enemies, confirm him in wisdom and spiritual strength, for all, Lord hear and have mercy.’

The leader of the Russian Orthodox Church since 2009, Kirill has been a vocal supporter of the military operation in Ukraine and of President Putin’s government.

In March, the Patriarch said Putin’s rule was a ‘miracle of God’ and dubbed Russian soldiers defenders of the fatherland.

Since the invasion of Ukraine, the church has divided followers over its stance.

Tensions with the church mounted after Ukraine became independent from Russia  in 1991, after the fall of the Soviet Union.

Kirill’s message that Putin was sent by God is likely to deepen the schism between the two churches.

Putin received a flurry of birthday messages, including from Chechen leader Ramzan Kadyrov who wished ‘good health, long life and successes’ to the Russian president in a video statement mixed with archive footage and emotional music.

‘Putin has changed the position of Russia in the world and made it a nation to be reckoned with!’ Kadyrov said.

The speaker of Russian parliament Vyacheslav Volodin said on Telegram: ‘if there is Putin, there is Russia.’

Putin was also praised by officials installed by Moscow in the Ukrainian regions it partially controls and claims to have annexed.

His counterpart in the Donetsk region Denis Pushilin said ‘for the residents of Donbas, the name of the leader of our country is forever associated with the most important event in recent history – the return home.’ 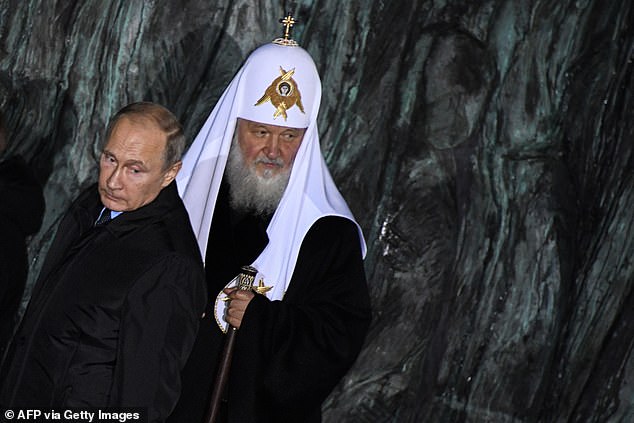 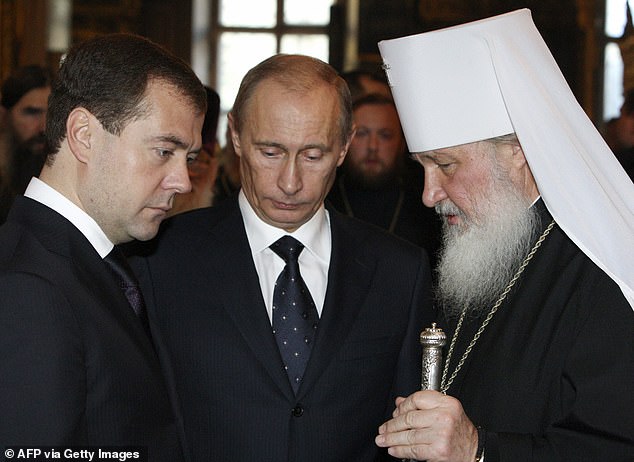 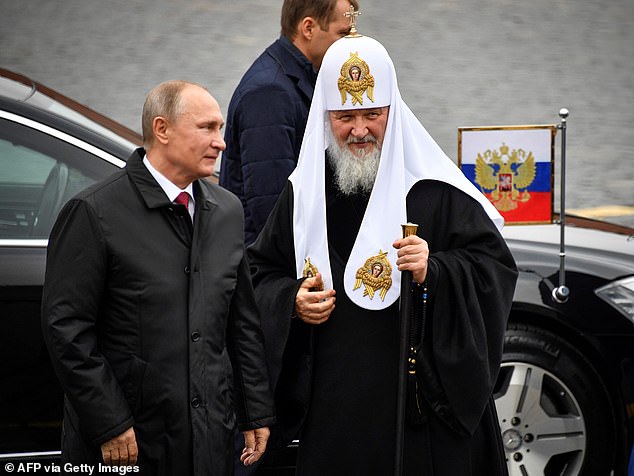 More than seven months into the invasion, Russia has suffered huge losses in men and equipment and been beaten back on several fronts within the past month as Putin’s army has lurched from one humiliation to the next.

Putin has resorted to proclaiming the annexation of territories only partly under Russian control – and whose borders the Kremlin has said are yet to be defined – and threatening to defend them with nuclear weapons.

Reflecting on Putin’s birthday, former Kremlin speechwriter Abbas Gallyamov said: ‘On an anniversary, it’s customary to sum up results, but the results are so deplorable that it would be better not to draw too much attention to the anniversary.’

Putin maintains a full schedule of meetings and public events and invariably appears in control of his brief, holding forth at length in video conferences on topics ranging from energy to education.

The Kremlin has denied recurrent speculation about alleged health problems.