Grant Shapps has ordered road bosses to speed up plans to make smart motorways safer as he refuses to axe the controversial roads.

The Transport Secretary said plans to have radar-based ‘stopped vehicle detection technology’ running on all operational smart motorways would be brought forward by six months to September next year.

And he said that Highways England had agreed that in future no all lane running motorways (ALRs) would be built without the technology installed from the start.

The smart roads allow traffic to use the hard shoulder during busy periods, rather than building expensive extra lanes, but critics say they force broken-down vehicles to stop in speeding traffic because the normal run-off area is in use.

An investigation last year revealed 38 people were killed on them in the space of five years sand there have been problems with access for emergency services vehicles.

But in a written ministerial statement today, Mr Shapps said: ‘The data contained in the Highways England progress report continues to show that fatal casualties are less likely on all lane running motorways than on conventional ones.

‘But we know drivers can feel less safe on roads without hard shoulders, which is why the progress report, published today, intends to accelerate a number of actions to provide reassurance to drivers.’ 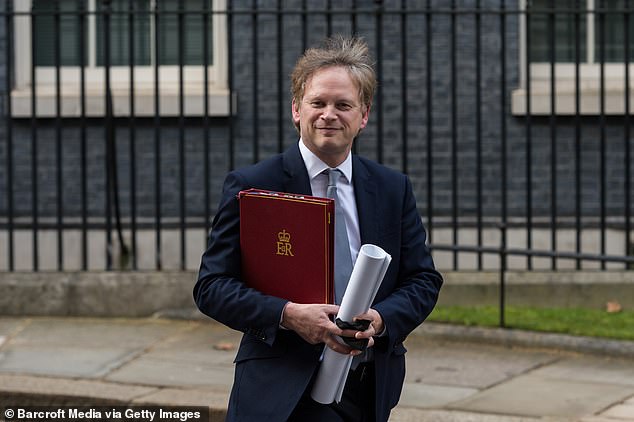 Transport Secretary Grant Shapps is due to make a written statement about a raft of new safety rules this afternoon.

Earlier this year internal Highways England documents revealed they cause major issues for emergency services when the hard shoulder is closed off.

Files containing communication logs  revealed in January how staff had to assist an ambulance in reaching a dying motorist after the hard shoulder was converted into a fourth lane.

The documents, obtained under a Freedom of Information Act request by The Telegraph also shows how Highways England staff had to step in and ‘hand stop’ traffic to clear a path for the ambulance.

Jacobs had been forced to stop to repair his van after being unable to reach an emergency refuge spot and killed as he attempted to work on the van.

He was pronounced dead at the scene by paramedics, an hour after the crash took place.

Three other people, including Scripps, were taken to Sheffield Northern General Hospital.

Scripps, who had been a passenger in one of the cars involved in the incident, died seven weeks later.

Heather Locklear leaves jail in pajamas and flip-flops after arrest