Student, 21, fell to her death from bridge over the Menai Strait after getting university email WRONGLY telling her she had failed her exams

A ‘devoted’ university student took her own life after she was wrongly told she had failed her exams and could not progress to the third year of her course, an inquest heard.

Mared Foulkes, 21, from Anglesey, north Wales, died on July 8 after falling from the nearby Britannia Bridge over the Menai Strait.

The Cardiff University student was in her second year studying pharmaceuticals, having worked part-time in a pharmacy for several years.

An inquest in Caernarfon today [Oct 28] was told Miss Foulkes had received an automated email from the university hours before her death saying that she had failed her re-sit exam and would not be moving on to third year.

One email stated that she had failed with a score of 39 per cent when in fact she had passed the exam with 62 per cent.

The 39 per cent related to a previous exam she had failed on March 26 and not the re-sit exam she had taken – and passed – on April 24. 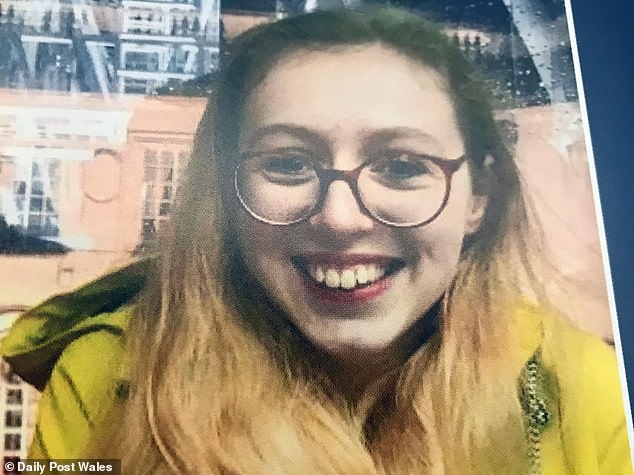 Mared Foulkes (pictured), 21, from Anglesey, north Wales, died on July 8 after falling from the nearby Britannia Bridge over the Menai Strait

Professor Mark Gumbleton, Head of School, told the inquest there were ‘lessons always to be learned’ following Miss Foulkes’s death in relation to the ‘confusing’ way students receive their results.

Speaking during the inquest her mother, Iona Foulkes, said that she felt it was ‘plain and simple’ that her daughter’s actions that day were a ‘direct result’ of receiving the email from Cardiff University.

Mrs Foulkes said: ‘She received an automatic email – there was nothing personal – no phone call, nothing.

‘She believed she had failed and the email said she could not progress with her degree.

‘She was devoted to her course and to her work in the pharmacy, she would have been horrified.

‘She would have felt like all her dreams and aspirations had finished with that sentence – for a 21-year-old it’s unbelievable.’

The mother-of-two said she felt that the course tutor should have been in contact with Miss Foulkes directly regarding the results and believes parents of students should be made aware of when exam results are due.

When the Covid-19 pandemic started Miss Foulkes had been forced to complete her studies online.

The inquest heard how Miss Foulkes had gone to work at Rowlands Pharmacy in Caernarfon that morning having been for a run and had returned home to have dinner with her parents and brother at around 6pm.

She then told her mum she was going to Tesco in Bangor to get ingredients to make a cheesecake the following day. 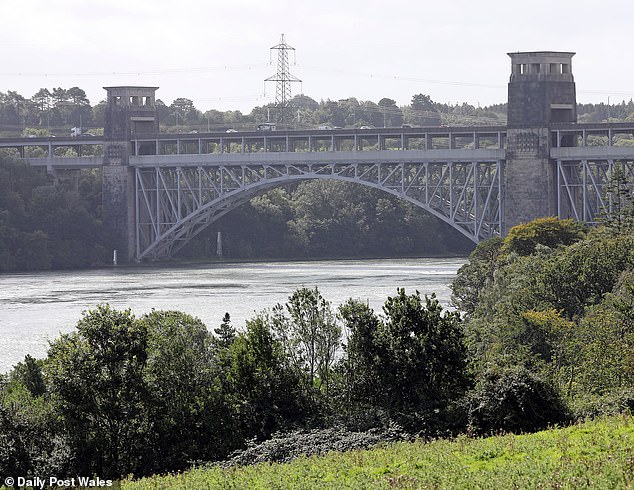 Shortly after leaving the house Miss Foulkes drove to Britannia Bridge, which links Anglesey with Bangor.

She was seen leaving her vehicle and walking to the side of the bridge and ‘disappearing’.

Mrs Foulkes said that her daughter made no mention of the fact that she was due to receive results that day or that she had received an email saying that she had not been successful.

She also said that Miss Foulkes showed no signs of feeling down in the lead up to her death but had been upset by the recent death of her grandmother.

Anwen Jones, who witnessed the incident while she was driving onto Anglesey with her 10-year-old son, said Miss Foulkes appeared to show ‘no hesitation’ in her actions.

Ms Jones said: ‘She just went up and over in a split second – there was no stopping and thinking.

The emergency services were called by members of the public but sadly Miss Foulkes was pronounced dead at the scene.

A post-mortem examination later revealed that she sustained a lethal head injury in the fall. 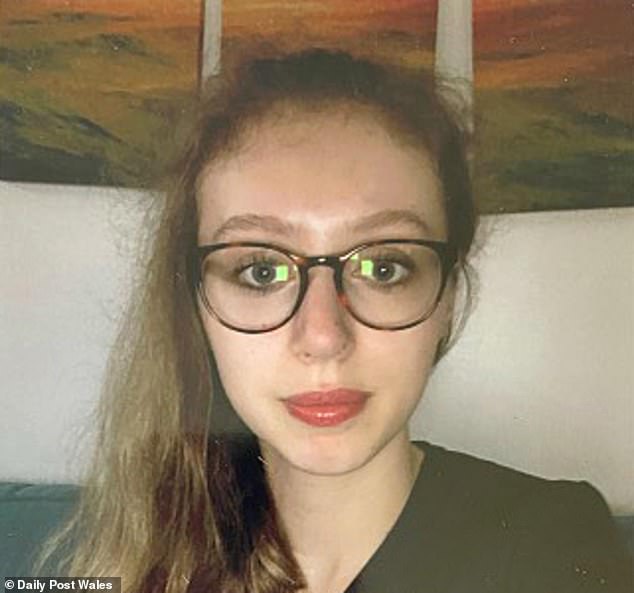 The inquest heard that Mared Foulkes, (pictured) ‘had sought help from student support services prior to her death but at that time it was not believed that she posed a risk to herself or others’

Prior to taking her own life, Miss Foulkes had texted one of her housemates about the results saying: ‘I did c**p’.

The inquest also heard how Miss Foulkes had sought help from student support services prior to her death but at that time it was not believed that she posed a risk to herself or others.

Acting senior coroner Katie Sutherland concluded that Miss Foulkes had intended death to be the outcome of her actions.

Recording a conclusion of suicide, Ms Sutherland said: ‘On the morning of her death Mared had received examination results.

‘One email indicated that she had not successfully completed the year.

‘Mared climbed on the ledge of the bridge and was seen going off the ledge. She was found beneath the bridge by a walker

‘There is no evidence that she slipped or tripped or fell by accident.

‘Mared had not sought any help from a GP regarding low mood and there were no suicide notes.

‘She did not report suicidal thoughts when she sought assistance from student support in 2019 but did appear distressed and admitted that she was engaging in self harm.

‘Evidence suggests that she put herself on the ledge and walked with determination from her car to the ledge.

‘There is no clear evidence whether she jumped but I do feel she took herself off the bridge by stepping off.

‘I don’t consider this to be a cry for help.

‘I do consider that she had the intent to end her life and will return a conclusion of suicide.’