A whistleblower from inside the former Kilmore International School wrote to Australia’s corporate regulator two years ago warning the school was at risk of financial collapse and that high fees were being paid to companies controlled by the school’s founder.

The detailed complaint to the Australian Securities and Investments Commission lays bare a series of contractual arrangements that contributed to founder Ray Wittmer amassing a personal fortune from the International Baccalaureate school, which was last week put into administration and declared insolvent. 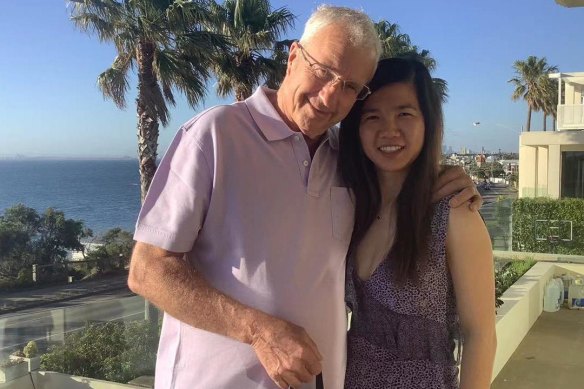 Wittmer no longer lives in Kilmore. In 2017, he moved away from the historic Victorian town and into a mansion on Brighton’s golden mile. The home was bought for $11 million under the name of Wittmer’s second wife, Xuan Kan, the former executive manager of the school’s international operations.

The whistleblower complaint, which ASIC did not investigate, was not the first time concerns were raised about the river of licence fees, rent and marketing money flowing to Wittmer, a gregarious 76-year-old entrepreneur who in May 2019 sold his stake in the school to a Chinese company.

In 2012, Victoria’s school regulator, the Victorian Registration and Qualifications Authority, reviewed the school and questioned the commercial rationale of licensing and other fees being paid from a nominally not-for-profit school to Wittmer.

During an interview with The Age this week, Wittmer dismissively characterised the review as “a couple of hard-headed women beating time with a big stick”.

Wittmer said the authority concluded the school was non-compliant and shouldn’t receive federal government funding. A protracted dispute ensued, with auditors sent in by the federal education department eventually concluding the school could continue to receive funding so long as Wittmer and his former wife, Colleen Wittmer, stood down from the school board.

The pair stood down in 2015 but Wittmer kept control of the companies that housed the school’s land and assets. An analysis of the school’s accounts provided this week by the school’s administrators to families stranded by its closure shows that in 2018 – the year before Wittmer sold his companies – they received $3,870,666 in rent, licensing fees and management expenses.

Wittmer confirmed he was paid $10 million from the school over 20 years to let it use the Kilmore International School name, uniforms and other intellectual property. The monies were paid under an open-ended licensing agreement the school board entered into in 1998 when Wittmer was board chairman.

Wittmer defended the annual payments of $520,000 as fair recompense for capital he provided to the school in its early years. 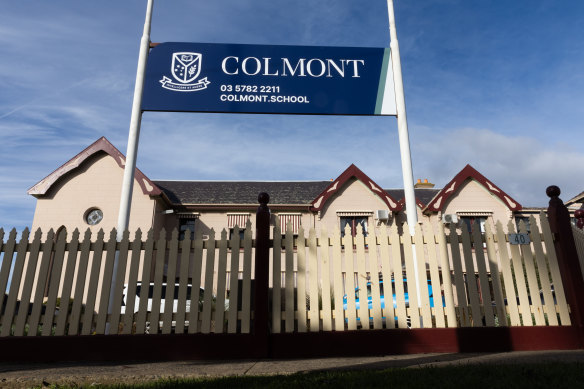 “I had hocked myself to the hilt and thrown a lifetime of business at the highest level into it,” he said. He declined to disclose the 2019 sale price, but said the property holdings alone were worth $25 million.

The Chinese company that bought the Kilmore school assets operates a school in the island province of Hainan and another in central China. Its spokesman, Locke Wang, said the company wanted the school to be successful and had planned to redevelop part of the Kilmore site into a Timbertop-style campus to immerse overseas students in Australian culture. “Regrettably, such a plan did not attract genuine engagement from the school board,” he said.

The company’s two local directors are a husband-and-wife team, Chien-long Tai and Yuyu Chen. Tai said an offer of rent relief and a proposed bailout involving unidentified investors had been rejected by the administrators.

Administrator Paul Langdon, from Vince & Associates, told a creditors’ meeting on Friday that no restructuring plan had been put, or any additional funding offered, that would allow the school to stay open.

The creditors, who are mostly parents and teachers from the school owed fees and unpaid entitlements, voted to dump the Vince & Associates team and appoint new administrators – Rachel Burdett and Bruno Secatore from the firm Cor Cordis – to explore the Chinese company’s proposal to reopen the school.

Former school directors told The Age this week that Steven Scroggie, the business manager for the Kilmore International School between 2016 and 2020, delved into the school’s contractual history with Wittmer and raised concerns with the school about what he found.

It is understood that Scroggie told school board members in the months leading up to the pandemic that despite its strong run of cash-positive years, the school was facing three years of financial losses. He urged the school to disentangle itself from its long-term licensing contracts and leases, wind up the Kilmore International School and rebrand under a new name.

For his troubles, Scroggie was sacked and escorted off the school premises in February 2020. He declined to comment when contacted by The Age, but his advice to the board proved prescient.

In the two years since he left, the school has posted losses totalling $5 million and no longer has enough money to meet its operating costs.

As the COVID-19 pandemic hit, Australia’s borders shut and an exodus of international students smashed a $6 million hole in the school’s revenue. School chairman Rod Dally and principal Peter Cooper severed the school’s international marketing and licensing obligations and explored the possibility of relocating the school to a proposed new development site in the nearby town of Wallan.

Half of the board’s six directors quit at the start of this year. A former director said the board became divided and dysfunctional, meetings were increasingly haphazard and that it was difficult to obtain financial information.

“It went to a culture where there was a lack of transparency and basic culture,” they said.

Under a corporate structure devised by Wittmer, the land, buildings and intellectual property of the school were housed within companies he controlled, and a separate company was established, with no assets, to govern the operations of the school.

Wittmer said a business consultancy engaged by the school, Verve Advisory, examined the international marketing and student services his company provided to the school and concluded they represented value for money. The author of the report did not reply to questions from The Age.

The 2020 whistleblower complaint painted a different picture. It claimed that the school paid $180,000 rent to Wittmer for an abandoned Catholic primary school site that was never used by Kilmore for classes and, at one point, paid him a salary of $70,000 to be a member of the school’s maintenance staff.

The whistleblower was critical of the school board for allowing the arrangements to continue.

“Unless the business model is changed, I believe the school will become insolvent,” the whistleblower warned. “It is in my opinion that the board of this school places more value on protecting the income stream of RW than acting in the best interests of the school.”

A school insider put it more succinctly. “It got sucked dry,” he said.

The demise of the 32-year-old school has rekindled a bitter feud between Wittmer, his supporters and his detractors.

A board-supported plan to shift the school away from Kilmore provoked allegations of conflict of interest against Walter Mott, a former school director.

Mott is a director of the Crystal Group, a property development company involved in the creation of St Hilaire, a new town planned on the southern boundary of Wallan that will eventually be home to 180,000 people.

During Mott’s time on the board, the school registered St Hilaire International Grammar School as a business name. Hilaire is Walter Mott’s middle name.

Mott’s daughter Celine Mott, also a director of the Crystal Group, said her father stood down from the board to avoid a conflict of interest once it became clear the school was considering potential sites in the St Hilaire development. The school has since been renamed the Colmont School.

The motives of the Chinese company have also been questioned.

The 12.5 acres of school land it owns in central Kilmore, a fast-growing regional town, consists of 41 separate titles and a road running through its centre. If the land was zoned for residential instead of education, its value would dwarf the personal fortune that Wittmer made from the school.

Wang insisted his company had no such plans. “Mr Tai and Ms Chen acquired the company which holds the school brand and two contracts with the school with the motivation of facilitating the educational advancement of the school,” he said.