London: Britain’s Conservative government has scrapped a £250 million ($444 million) plan to build a national flagship that was supposed to tour the world as a “floating embassy” amid a public spending squeeze and to prioritise funding for boosting UK defences against Russia.

New Prime Minister Rishi Sunak sunk the plan to create a successor to the Royal Yacht Britannia, which was retired in 1997. The new flagship was championed by former prime minister Boris Johnson, but critics had slammed it as a vanity project. 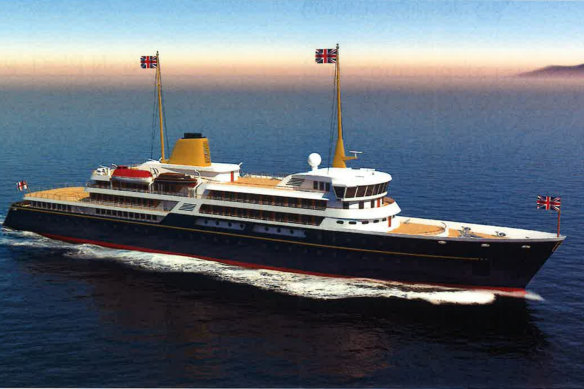 An artist’s impression of a new national flagship, the successor to the Royal Yacht Britannia, which former prime minister Boris Johnson said would promote British trade and industry around the world.Credit:AP

Parliament’s defence committee warned last year there was “no evidence of the advantage to the Royal Navy of acquiring the national flagship,” which would cost up to £30 million a year to run.

Defence Secretary Ben Wallace said he was instead prioritising the procurement of ocean surveillance vessels that could perform more than one role, including protecting undersea cables and pipelines amid Russia’s invasion of Ukraine.

“In the face of the Russian illegal and unprovoked invasion of Ukraine and [President Vladimir] Putin’s reckless disregard of international arrangements designed to keep world order, it is right that we prioritise delivering capabilities which safeguard our national infrastructure,” Wallace said.

Freeform’s ’25 Days of Christmas’ starts Dec. 1! Find a holiday favorite for everyone