Jakarta: A suspected suicide bomber has launched an attack on a police station in the Indonesian city of Medan in North Sumatra.

The blast occurred on Wednesday at 8.45am local time according to Kompas TV.

The bomber is reportedly dead while at least one police officer is said to be injured and in hospital, and the number of people injured could rise.

Police spokesman Dedi Prasetyo confirmed there was an explosion.

“We are now examining the crime scene. For the time being we suspect it is a suicide bomber. It took place in a parking lot, some cars were damaged,” he said. 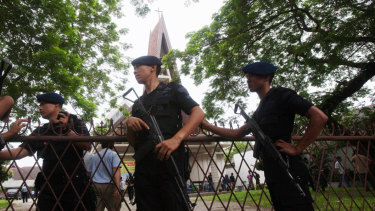 Police are reportedly sweeping the area for any other explosives the bomber may have left behind and the gates to the police compound have now been shut.

The city of Surabaya was last year hit by a coordinated series of suicide bombings that targeted Christian churches and local police headquarters.

More recently, former security minister Wiranto was recently stabbed by an Islamic radical during a visit to a university.

The Goss: Will Kyle Sandilands be sick for Karl Stefanovic’s wedding?

What Is Netflix's 'The Witcher' About?

Google is hiding a secret game in plain sight