Off the rails! Taxpayer lost £105m from bungled decisions over how many platforms the new HS2 station at London Euston should have

The taxpayer lost £105million due to bungled decisions on how many platforms the new Euston station should have.

The huge hit from reducing the number of platforms from 11 to 10 at the proposed London hub has been laid bare in the latest annual accounts from HS2.

The government changed the design, originally unveiled in 2015, in September last year after concluding that two separate construction phases would be needed.

But although the Department for Transport insists the scaled-back proposals will be cheaper and quicker, large sums had already been spent on plans and preparations for the initial project.

The HS2 accounts published this week show that it has written off £105.6million of spending due to the rethink.

Ministers are pushing on with the huge national rail upgrade scheme despite long-standing concerns about spiralling costs – which some critics believe could top £150billion.

Supporters say it is essential to improve connections between London, the Midlands and the North.

The proposals for Euston station include creating the largest concourse in the UK, 20 per cent larger than Trafalgar Square, with a ‘dramatic top-lit roof’. High-speech trains are due to start using the hub from 2029. 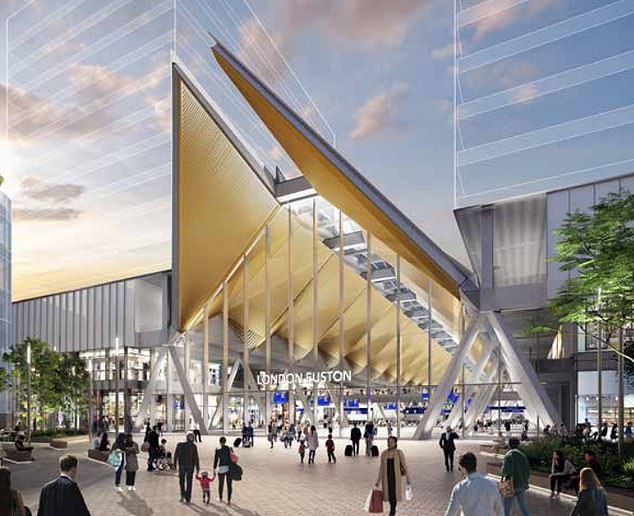 An artist’s impression of the new station at London Euston, which is due to be ready by 2029 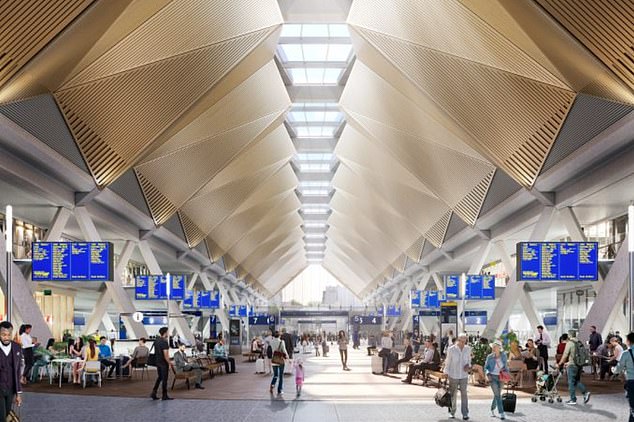 The proposals for Euston station include creating the largest concourse in the UK, 20 per cent larger than Trafalgar Square, with a ‘dramatic top-lit roof’

The HS2 accounts said: ‘There is a non-cash impairment charge of £105.6 million which relates to the design change for Euston station that was formally instructed by the DfT on 3rd September 2021.’

The document confirmed that a study had found a ‘smaller, simpler 10 platform station design’ could be ‘delivered in a single construction phase’ and would ‘assist in addressing identified cost pressures relating to the baseline design’.

‘With the project’s budget already off the rails, these extortionate expenses will only add to the damage.

‘If they won’t do the right thing and scrap the project, ministers should at least keep a close eye on the costs.’

The Department for Transport insisted designs go through ‘a number of variations’ with ‘any major project’.

A spokesman said: ‘The delivery of HS2’s Euston station is complex and it’s vital that we find the right solution to deliver this once-in-a-generation scheme.

‘It would be wrong to continue with a plan that would cost taxpayers more money when we could deliver it more efficiently and affordably.’ 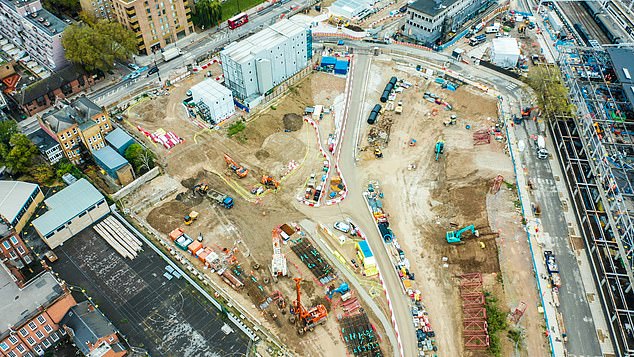 The construction site for the new station at Euston in London

U.S. House puts off vote on infrastructure bill leaders had aimed for