A viral video shows the moment a terrifying man told police he chased a female colleague down the street after he rejected his advances.

Footage showed the man talking to officers inside the Lenoir City Municipal Building in Tennessee off Highway 321 – which leads straight to the Cracker Barrel restaurant he arrived at earlier to play a song for his colleague to help her decide if she wanted to be with him.

The man, who is not identified in the video, is seen talking with two officers explaining how he wanted to report the woman’s father after he called him from an unidentified number and ‘threatened’ him to stay away from his daughter.

‘Her father called me up and he made some threats to me – onto my life – so I just want to have his name on file,’ the man told police.  ‘I think he said he’s going to stab me… he said “I’m going to do something to you I swear.”‘

To which one cop responded: ‘For chasing his daughter?’

‘Yeah, but it wasn’t chasing, it was like going down a couple of streets. That’s like fun to women. Women like that. There’s a little bit of excitement,’ the man said. 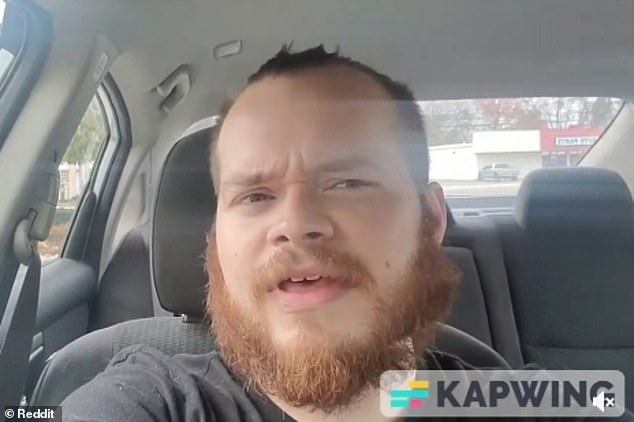 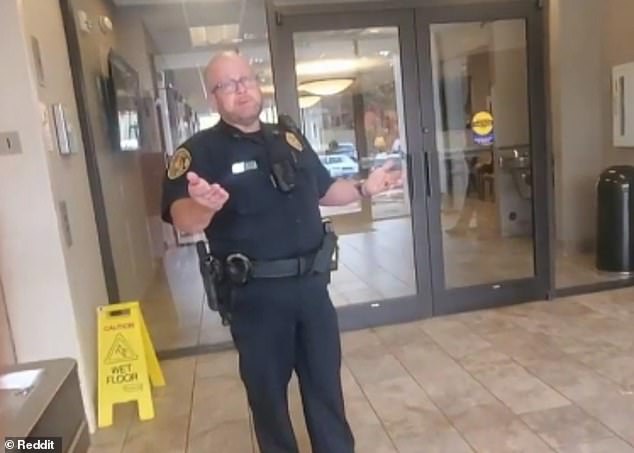 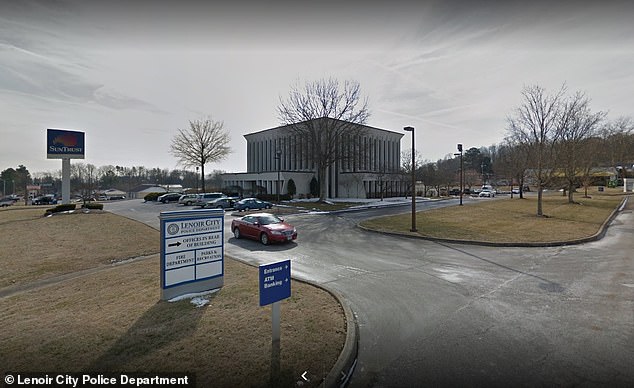 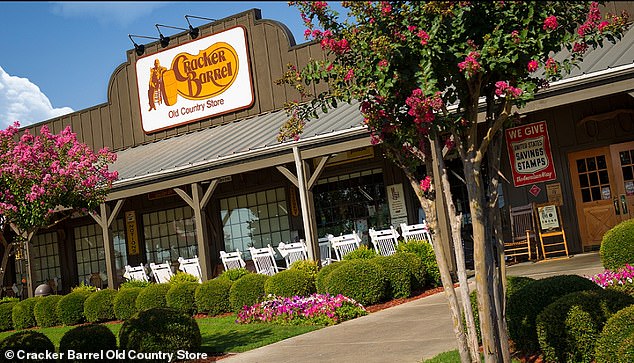 The man told police that he had worked with his female colleague for about five or six months and the pair were ‘talking’ at one point, but it wasn’t a serious relationship.

He had gone to the Cracker Barrel to play a song for his crush and allow her the ‘free will’ to decide whether she wanted to be with him.

‘I got there, and she saw me, and she immediately pulled away,’ the man said. ‘I wasn’t forcing her to listen or anything… I just wanted to play the song for her – give her – her own choice to be with me.’

‘Does she know you?’ one cop asked.

To which the man responded: ‘We were talking a little bit, but it never really got serious.’

He said when the woman went into the parking lot, she pulled away once she saw him.

‘So I chased her a little bit – just cause – woman are crazy – like I felt like she wanted me chasing her.’

‘Do you not think chasing somebody is crazy?’ the cop responded.

‘Well… I only went like a couple of blocks down the street… I had my song playing and I wanted her to hear it,’ the man said. 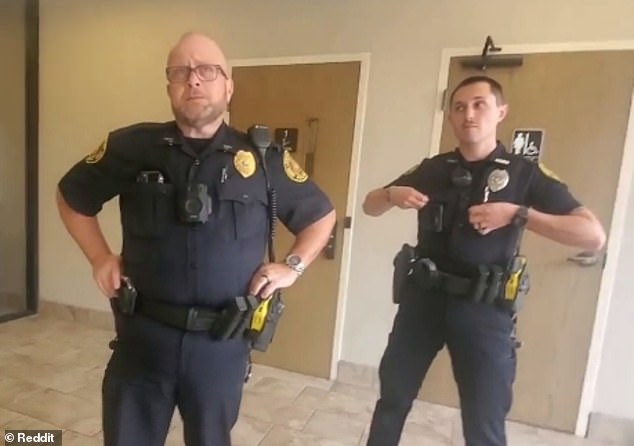 The man was confused as to why the father of his female co-worker called him after he chased her for the ‘excitement’ that women enjoy.

Meanwhile, one officer told him that chasing women isn’t ‘exciting.’

The man couldn’t provide the officers with the name of the father but insisted they would go talk to the woman.

‘Here is my suggestion, leave her alone…Fathers will hurt you over their daughters,’ the cop said.

Some were i disbelief that he thinks women enjoy rape

The man then went back into his car and left a message he said he hoped the woman’s father would see.

‘Do you know what happens when women don’t ever come to terms with themselves – bad sh** happens.’

He didn’t understand how his actions may have been harmful.

People on social media were disturbed by the six-minute video and called the man a ‘danger’ to women.

‘The way he talks about women and rape fantasies is a gigantic glaring red sign – saying he’s thinking of raping the girl he’s stalking,’ one person wrote. ‘This delusional incel is a serious danger to women.’

‘He is 100% convinced that if he raped her, she would enjoy it and it would turn her straight and she’ll fall in love with him,’ another added. ‘That’s scary, I’d be making threats if I was her dad too.’

‘That was practically a confession that he wanted to (probably even planned) [to] rape that girl.’

‘Dude needs therapy, we all do, but he needs it like, this afternoon.’

The man ended with the video saying he was depressed.

Chili’s January 2019 Margarita Of The Month, The Cherry Blossom, Is A Fan Favorite Sip

More people in the UK are risking fines of £800 fines when streaming, are YOU at risk?

Loving Jennifer Aniston's Jeans? Grab a Pair for Yourself at Nordstrom