This is not your everyday interception.

Tennessee Titans cornerbacks Roger McCreary and Joshua Kalu tag-teamed on Sunday for one of the wildest NFL plays you'll ever see. The pick of Justin Herbert ended a scoring chance for the Los Angeles Chargers and prevented them from taking a halftime lead.

With the game tied at 7-7 in the final seconds of the second quarter, Herbert looked to Mike Williams in the front left corner of the end zone. Instead, he found McCreary, who was in deep zone coverage. McCreary leapt up and out of bounds to grab the ball, then threw it back into the end zone before landing on his feet. Kalu then corralled the ball while standing on his tiptoes along the sideline. He stayed in bounds just long enough to secure the catch and a touchback. 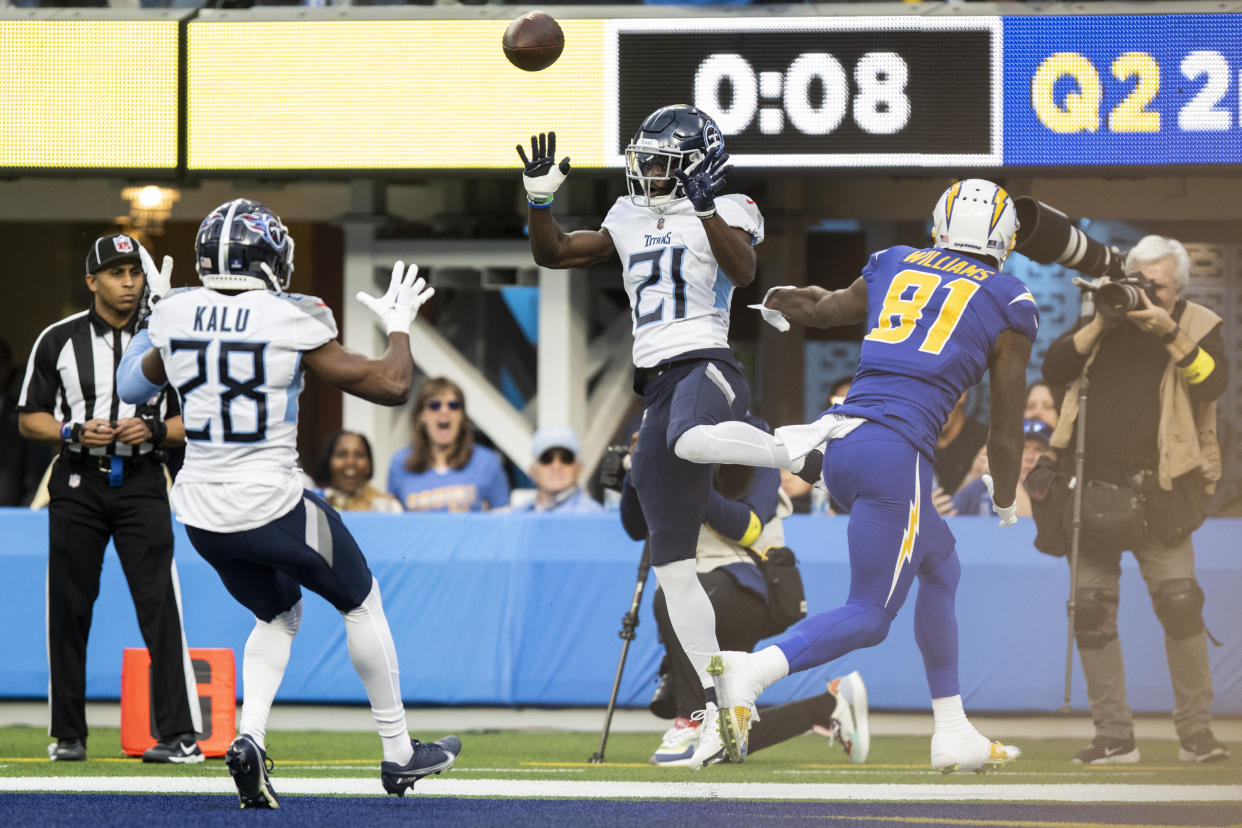 This INT is wild! @BluesKalus

Here's another look in slow motion, because why not.

What a heads up play by @Rogerjamez 😱

It looks like they practice that. And if they don't, it's great improv. Either way, it's immensely impressive.

The Chargers were in field-goal range before the turnover, but walked away from the drive empty-handed. McCreary and Kalu, meanwhile, walked away with one of the plays of the season.

Los Angeles eventually overcame the miscue to win a thriller, 17-14.

Mother of Murdered Ala. 3-Year-Old Kamille 'Cupcake' McKinney Speaks Out