The Tory backlash against Jeremy Hunt’s Budget intensified yesterday as one former Cabinet minister branded it ‘socialist’ while another attacked its ‘dismaying’ tax rises.

Esther McVey likened the Chancellor to Labour’s Gordon Brown as she lashed out at the ‘doom and gloom’ Autumn Statement’s ‘devotion to a socialist paradise of tax and spend’.

She claimed the £25 billion of tax rises had been greeted by ‘wails of disappointment’ across the country and said it was ‘clearly an over-correction’ to September’s huge tax cuts.

The Tory MP, who served as work and pensions secretary under Theresa May, warned it will lead to a wipeout for the party at the next election. 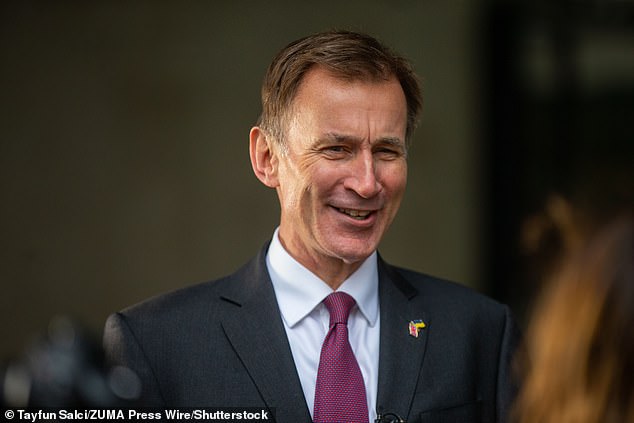 She wrote on grassroots website Conservative Home: ‘Jeremy Hunt’s Autumn Statement did nothing to carve out a new conservative era of growth, less state intervention and people holding on to their hard-earned money.

‘Quite the reverse: It was Gordon Brown-esque in its devotion to a socialist paradise of tax and spend.

‘Wails of disappointment rang out across the country from people who expected a Conservative Government elected with a majority of 80 to govern as Conservatives.’

She said the economy is not in such a ‘dire’ state as to need the ‘excessive medicine’ prescribed by Mr Hunt, pointing out that the Government’s borrowing costs are lower now that at the time of the abandoned mini-Budget and that the UK’s national debt is lower than those of the US and France.

Miss McVey – who last week threatened to rebel on tax rises unless HS2 is dropped – said that almost 8million workers will soon be paying income tax at 40 per cent or more as thresholds are frozen. 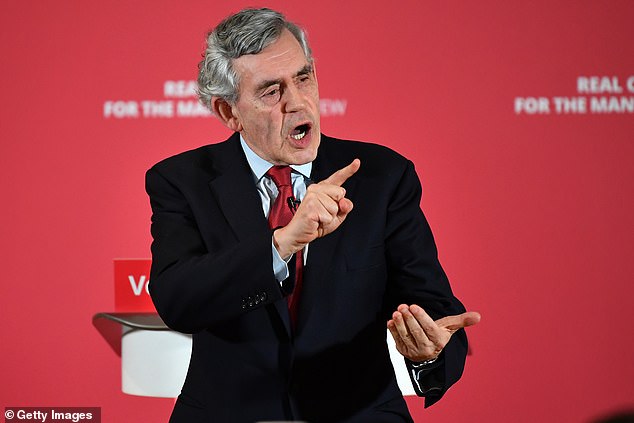 ‘That isn’t concentrating on those with the broadest shoulders: It is simply hiking up taxes on middle earners in a way that even the most die-hard socialist would have been embarrassed to do,’ she said.

She concluded: ‘This financial statement was a bad day for the Conservative Party and for those who believe in Conservative values.

‘If these socialist measures are not reversed by the time of the general election then I fear those hard-working Conservative voters will punish us in the same way that we have just punished them.’

Tory MPs continued the attack in the Commons during the second day of debate on Mr Hunt’s Autumn Statement.

Alexander Stafford asked how long the windfall tax on energy companies would last, pointing out: ‘The income tax in 1799 by William Pitt the Younger was going to be a temporary measure to deal with the Napoleonic Wars, yet here we are dealing with it.’

Former Cabinet minister Chris Grayling asked a Labour MP what she disliked about the Budget, given that it increased benefits and the living wage ‘whilst unfortunately and regrettably putting up taxes on the wealthy’.

Then Kit Malthouse, who served as a minister in the Cabinet Office and was education secretary over the summer, said ‘the Autumn Statement was greeted with some dismay on the Government benches’.

He warned that tax rises may ‘prolong inflation’ as workers suffering a cut in their take-home pay as well as higher food and housing costs ‘start to demand more from their employers’.

And Mr Malthouse insisted that the country needs economic growth as ‘we will not tax our way to prosperity’.

‘One of the most dismaying choices in the statement was the proposed increase in capital taxes, not least because that changes the risk-reward ratio, meaning that it is less likely that people will go out and start a business,’ he said.

Apple iPhone 14 release date, camera, colours, and everything we know so far