The tragedy that haunted John Travolta and Kelly Preston: How the actor and his wife, who has died aged 57, were devastated by their 16-year-old autistic son’s death from a seizure in 2009 – and how Scientology ‘helped them cope’

The death of Kelly Preston at the age of 57 is the second tragedy to devastate John Travolta’s family after the couple’s 16-year-old son Jett died from a seizure at a holiday home in the Bahamas in 2009.

Travolta described his son’s death as the ‘worst thing that ever happened in my life’ and described how the Church of Scientology had helped him and his wife through their grief.

The couple’s agony did not end there, because Jett’s death led to a lengthy court case after an ambulance driver and his attorney were accused of trying to extort $25million from the couple by threatening to release sensitive details about the death.

Travolta testified during criminal proceedings and was ready to do so a second time after the trial collapsed, but later decided to stop pursuing the case, citing the severe strain on his family.

Preston and Travolta both subsequently returned to acting but the couple had continued to voice their grief in recent years. 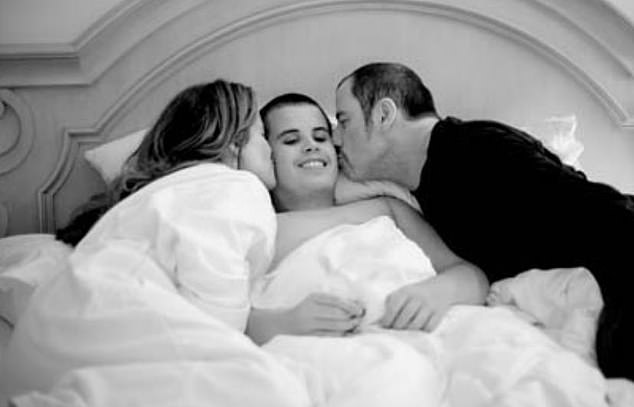 Kelly Preston posted this picture of her late son Jett in 2019, a decade after he died at a Bahamas holiday home after suffering a seizure 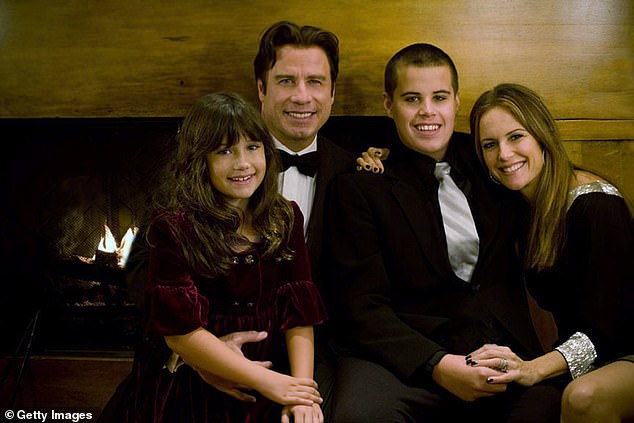 John Travolta (second left), his wife Kelly Preston (right) and their children Jett (second right) and Ella (left) during the 2000s. Jett died in the Bahamas in January 2009

Jett Travolta was born in 1992, after the couple had married in Paris the previous year while expecting the child.

His parents revealed he had suffered from Kawasaki syndrome when he was a toddler, a little-understood illness which can cause fevers and skin rashes.

The family said he had a history of seizures, and friends said he had developmental disabilities which his mother Kelly later described as autism.

In January 2009, while on vacation in the Bahamas, Jett was found unconscious in a bathroom and was pronounced dead in hospital, where medics gave ‘seizure disorder’ as the cause of his death. Reports said he had hit his head on a bathtub.

Dozens of relatives flew to Grand Bahama to comfort John Travolta and Kelly Preston, who said that ‘Jett was the most wonderful son that two parents could ever ask for’.

‘We are heartbroken that our time with him was so brief. We will cherish the time that we had with him for the rest of our lives,’ they said at the time.

In 2010, Travolta said that he and Kelly had ‘leaned on’ their Scientologist religion to get through the traumatic time.

He said: ‘It’s something that has been very difficult, but I am getting a lot of help in dealing with it.

‘My wife and I and my daughter – we’re all dealing with it as well as can be expected. We lean on our church heavily and they have helped us a lot.’

Jett was cremated and his ashes flown to Florida with his parents, and a memorial service was held at the family home.

While mourning the loss of their son, the couple faced further anguish when local ambulance driver Tarino Lightbourne and his attorney Pleasant Bridgewater allegedly tried to extort them by threatening to release sensitive details about the death.

Lightbourne, who was among the medics who treated Jett, allegedly used the threat to try to extort $25million from the actor. He and Bridgewater denied the claims. 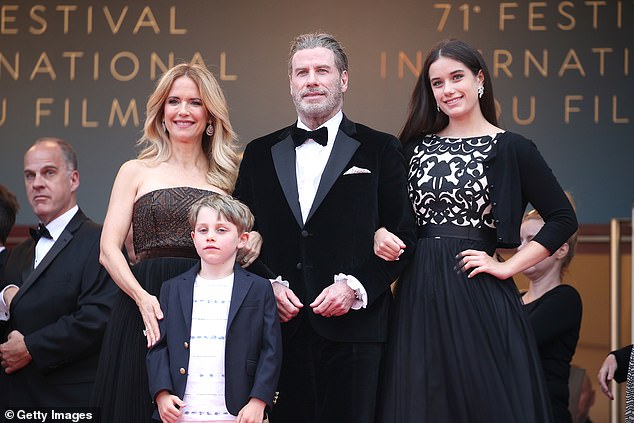 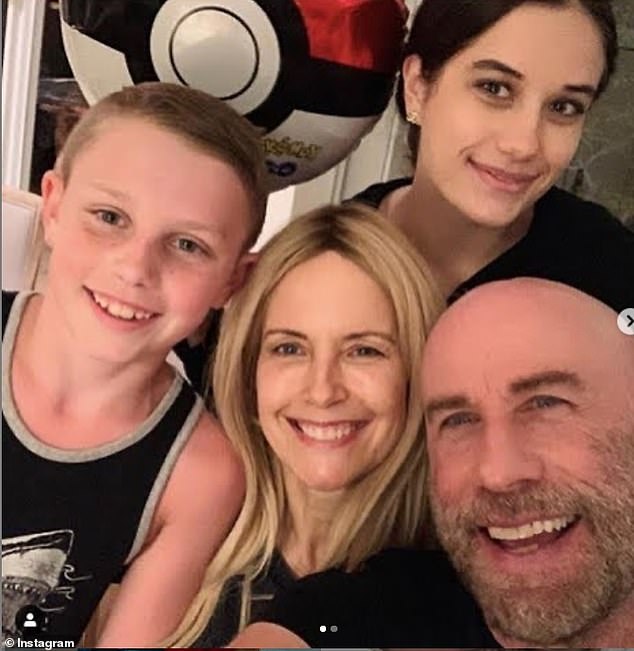 Kelly Preston’s final post to Instagram was one to celebrate Father’s Day in June. The picture is thought to have been taken the previous year

The two suspects faced criminal charges in the Bahamas, where Travolta gave testimony about how he had desperately tried to save the life of his son.

According to Travolta’s evidence, Lightbourne had threatened to go public with a document signed by Travolta refusing his consent for Jett to be taken to a local hospital.

Travolta said he signed the document because he had initially wanted Jett flown to Florida for treatment rather than being hospitalized in the Bahamas.

However, the trial had to be aborted in October 2009 when a Bahamian lawmaker suggested the still-deliberating jury had acquitted one of the suspects.

Travolta initially said he was willing to take the stand again for a retrial, but in September 2010 the family announced it was not proceeding with the charges.

‘The Travolta family has said that this matter has caused them unbelievable stress and pain and they wish to put this whole thing behind them,’ a prosecuting lawyer said at the time.

John Travolta said in a statement that his co-operation in the legal case had come at ‘great emotional cost to my family’.

‘The long-pending status of this matter continued to take a heavy emotional toll on my family, causing us to conclude that it was finally time to put this matter behind us,’ he said.

‘Therefore, after much reflection I concluded that it was in my family’s best interest for me not to voluntarily return to The Bahamas to testify a second time at trial.’ 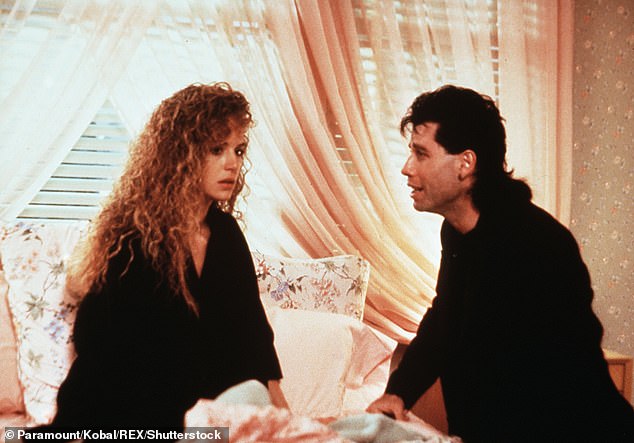 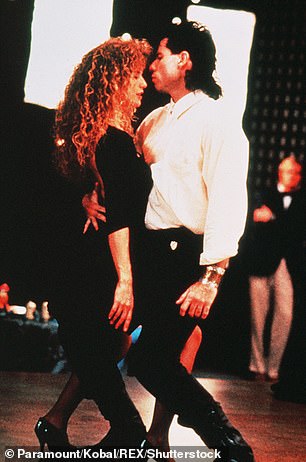 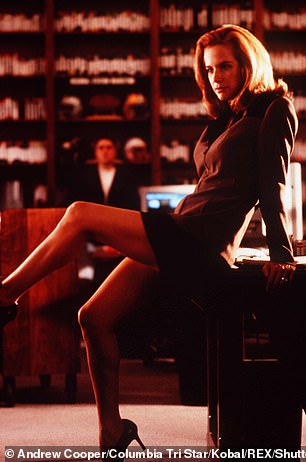 Pictured left: Kelly Preston and John Travolta in The Experts – the 1988 production on which they first met. Pictured right, Preston as Avery Bishop in the 1996 movie Jerry Maguire

Last year, 10 years after Jett’s death, Kelly Preston shared an emotional tribute to her ‘sweet love’ Jett on Instagram, saying he was ‘in our hearts forever’.

‘I send love to all of the beautiful autistic children and the wonderful people who love them. May we all shine and grant love and respect to children with special needs,’ she said in April 2019.

The same month, John Travolta marked what would have been Jett’s 27th birthday by sharing a painting of his son and saying: ‘Happy birthday my son I love you’.

In an interview with Us Weekly last January to mark the 10-year anniversary of Jett’s death, Travolta said the Church of Scientology had helped the couple through the dark times.

‘The church never left our sides for two years. I don’t know if I would have made it through without their support,’ he said.

‘It’s the worst thing that’s ever happened in my life,’ he said. ‘The truth is, I didn’t know if I was going to make it.’

Travolta and Preston had two other children, daughter Ella Bleu in 2000 and son Benjamin in 2010.

Tributes have been pouring in for Preston today after Travolta announced last night that she had died of breast cancer after a two-year ordeal.

Preston died on Sunday morning having ‘fought a courageous fight with the love and support of so many’, Travolta said as he revealed his wife’s two-year cancer ordeal for the first time.

John confirmed his wife’s death in an Instagram post overnight Sunday, writing: ‘Kelly’s love and life will always be remembered.

‘I will be taking some time to be there for my children who have lost their mother, so forgive me in advance if you don’t hear from us for a while. But please know that I will feel your outpouring of love in the weeks and months ahead as we heal.’

Their daughter Ella, now 20, said she had ‘never met anyone as courageous’ as her mother.

‘Predator 5’ Could Be Set in the Past

Secondary school re-opening 'delayed by at least an extra week'