SHOCKING video shows a huge alligator downing another smaller gator in a swamp in South Carolina.

Amateur video caught the daring moment a monster truck-sized alligator is chomping down on a small gator whose leg is flimsily hanging out of the side of the gator's mouth. 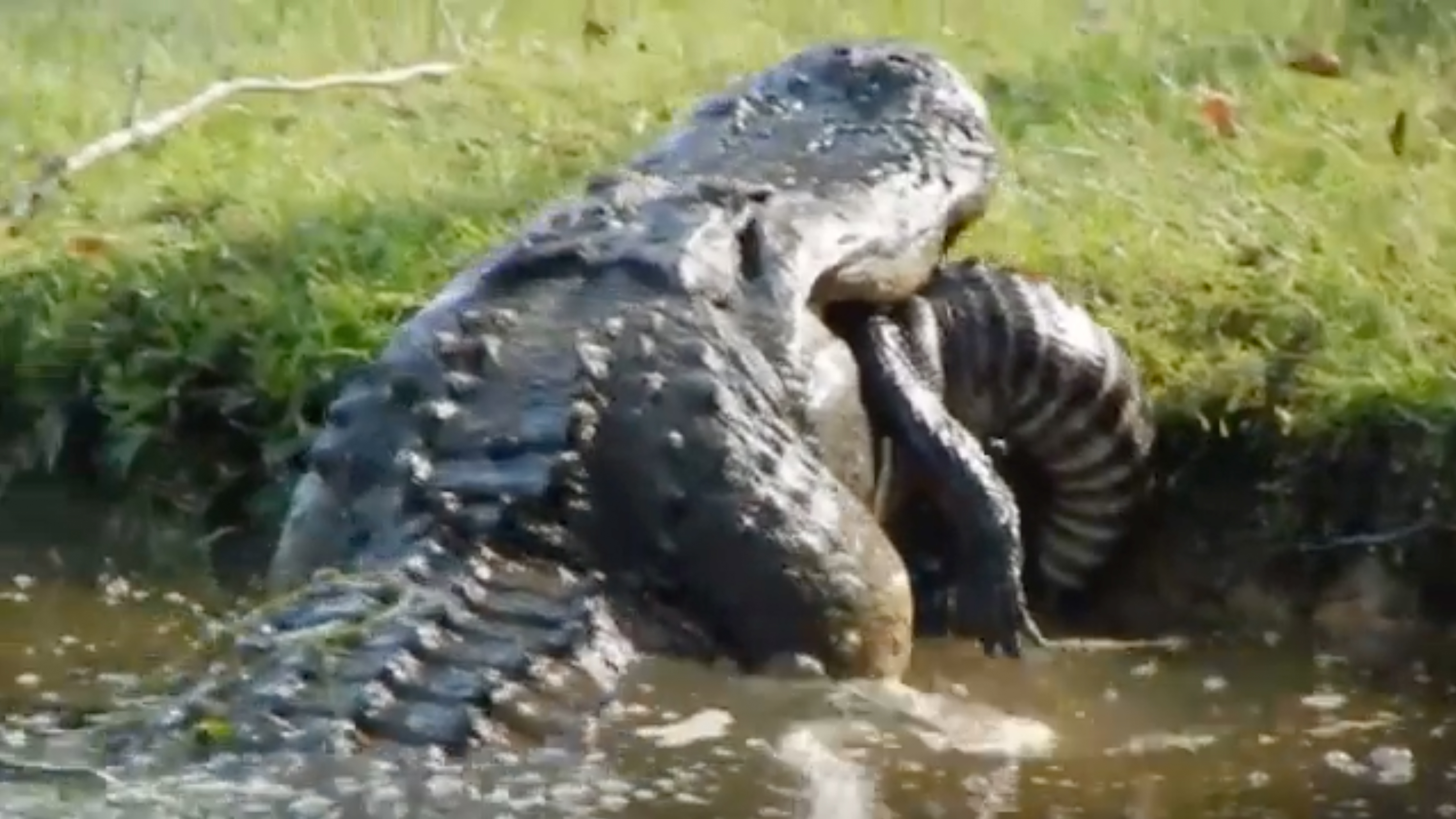 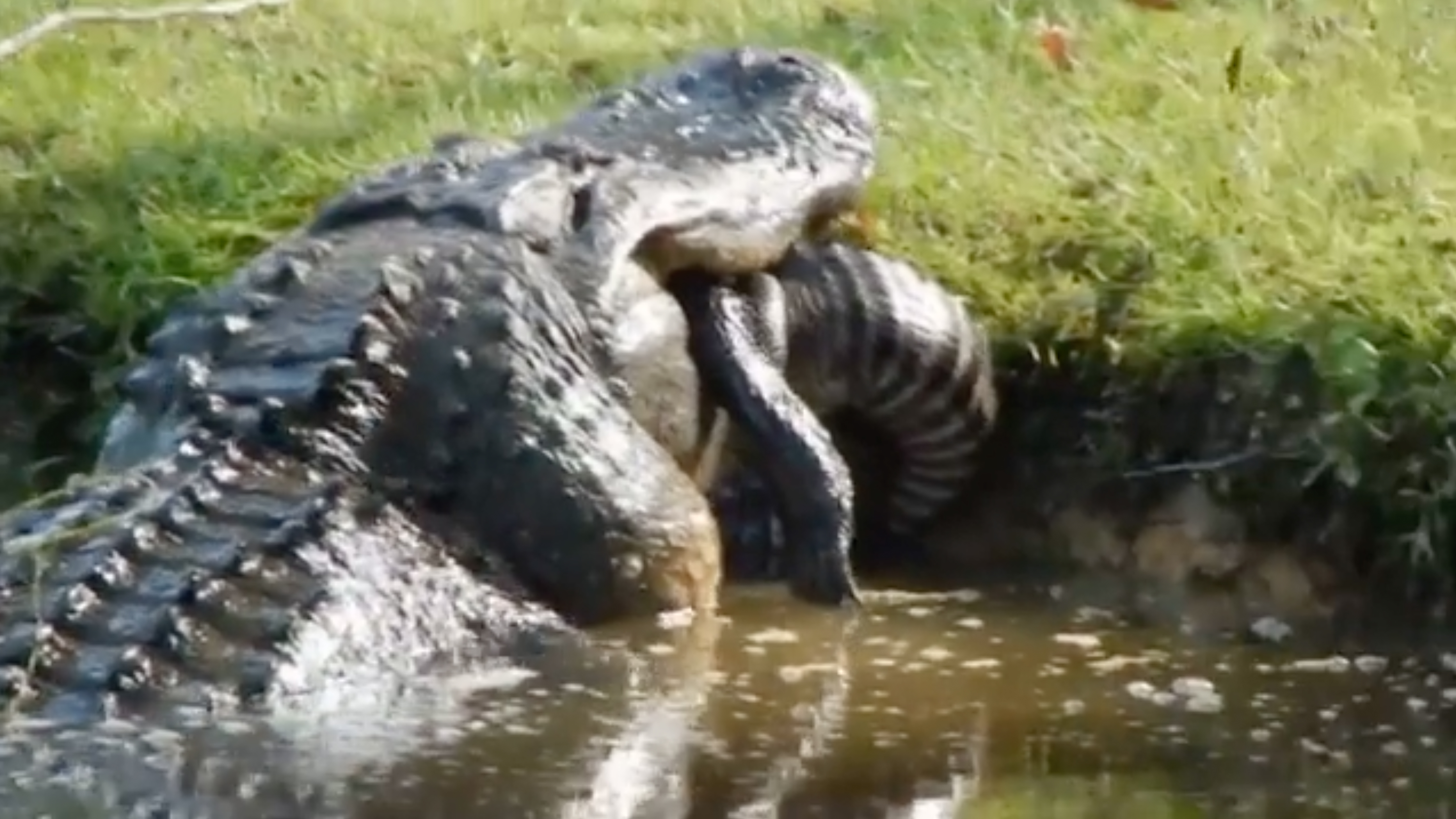 The gnarly video, posted by Taylor Soper on Twitter, shows the massive alligator violently taking bites out of its smaller counterpart.

Soper told USA Today that his dad took the video in Horry County, South Carolina, and estimated that the SMALLER alligator was only six feet long.

"I was absolutely blown away," Soper said. "It’s a freaking dinosaur."

Soper said his dad was alone on Thursday when he saw the two alligators in a nearby pond.

His dad then "grabbed the camera and started recording."

Soper said his dad "was kind of shocked that it was happening again, let alone happening at all."

He added that his five-year-old son and his father love watching alligators together – but from a safe distance.

"I was just in shock and immediately showed my son. He’s five and just an alligator fanatic, so he went crazy over it," Soper said.

Even his dad was overwhelmed with how many views the video had been receiving.

"He was like, 'Holy smokes, never expected that to kind of take off the way it did," Soper said. "He was just blown away by everything."

The video has gone viral on social media, already receiving well over 25,000 likes and shares in a matter of days, and people have plenty to say.

"I'mma have dinosaur nightmares so now you're gonna have them too," tweeted one person.

"That's not your parents backyard. It's his," joked another. 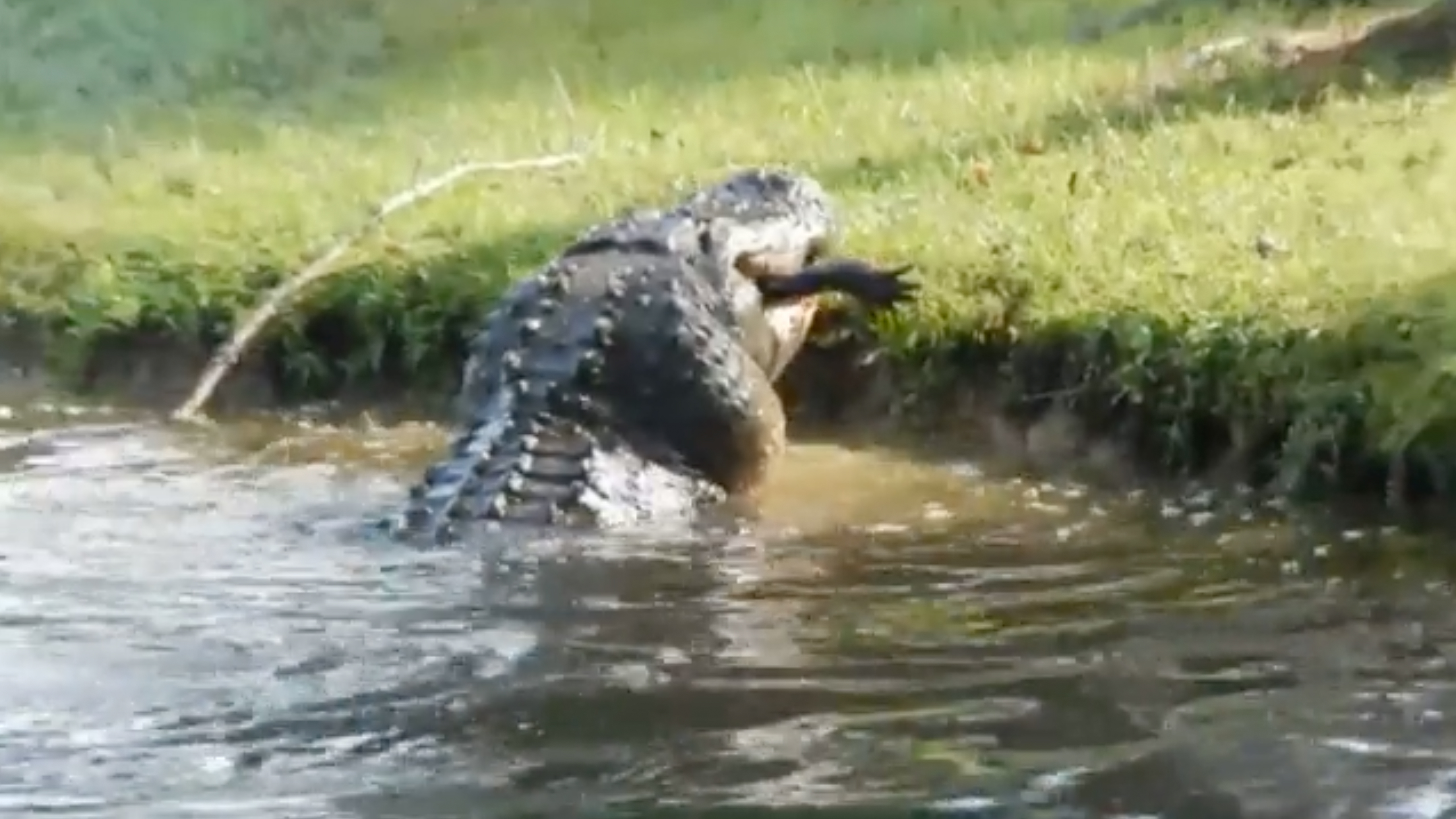 These sunny spring buys had us at yellow – The Sun