A FAMILY have been left as "nervous wrecks" as speeding cars keep crashing into their home, risking serious injury or even death.

Laura Lines, who lives in Nazeing, Essex, with her husband Daniel and their two daughters, has seen three vehicles smash into her home in just a decade of living there. 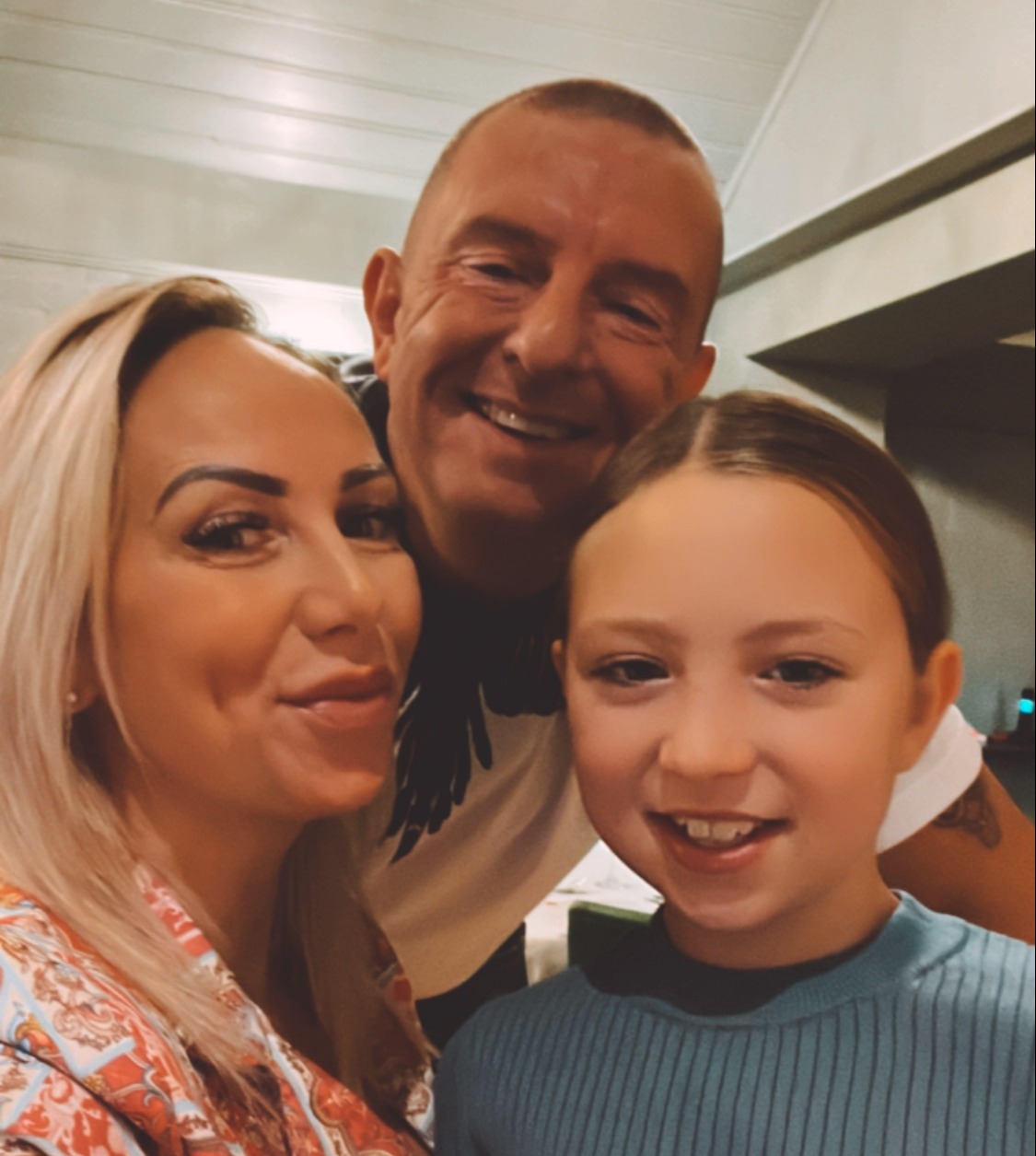 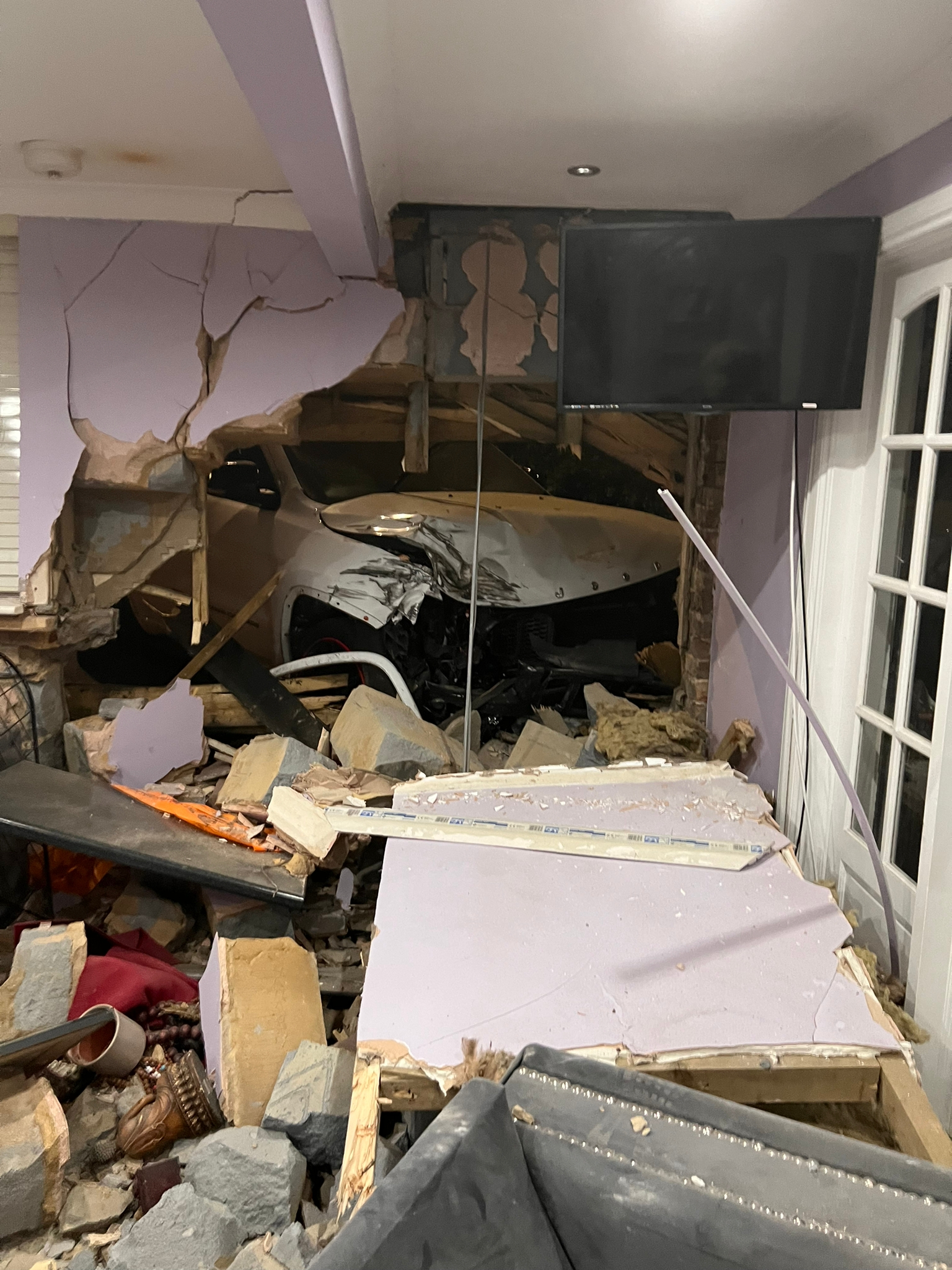 Laura, 44, said that she and her family are "living in fear" of cars bursting through their walls at any moment.

The worst smash was in October last year, when a driver hit the wall and went through into the living room.

Laura told EssexLive: "I couldn't open the door between my lounge and my kitchen it was jammed because it shunted the whole house.

"I managed to get in – I jumped over the rubble barefoot because I've got my dog sleeping in the kitchen. I checked that the kids were okay and then just broke down. 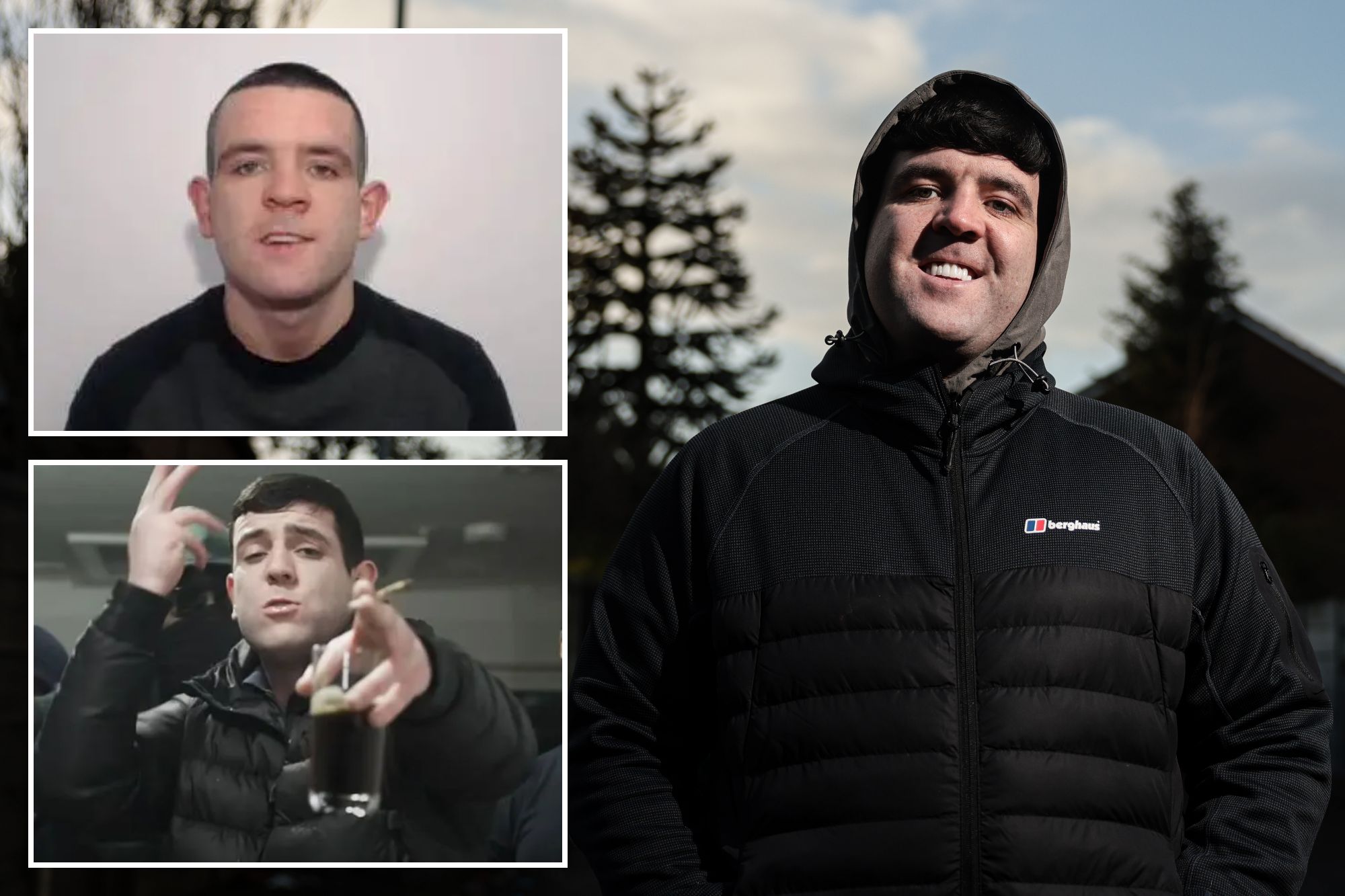 "It's like something out of a film. I looked and there was half of my wall missing and a car in my kitchen."

The mum-of-two was just thankful that the family had been in bed and not downstairs, so none of them were injured.

She explained: "On a normal evening, we would of probably still been in the kitchen either chilling out on the sofas or pottering about.

"In fact, 30 minutes beforehand I was sitting on the sofa with my nine-year-old daughter.

BOMB threat on Ryanair flight with more than 190 passengers onboard

"We could have been badly injured or worse, it doesn’t bear thinking about."

She added that her daughter is now constantly "on edge" and doesn't "feel safe" because of the collision and that it caused severe "structural and internal" damage to their home.

The little girl, 9, is apparently "petrified" and refuses to go into any room in the house without her mum and dad.

The latest crash was just days ago, on January 19, when a car skidded on an icy road and knocked into the garden fence.

In the garden are the kennels where Daniel trains police dogs.

Fortunately none were injured but the pooches were left shaken up.

All in all, Laura says, the repeated incidents have left the family as "nervous wrecks".

The couple feel so helpless they've had to take matters into their own hands, and have campaigned for a speed camera on their road, which currently has a 60mph limit.

Kaywan Anwar, 45, was arrested over the October crash on the same night and charged with failing to provide a specimen and failing to cooperate with a preliminary test.

Chelmsford Magistrates' Court sentenced him to a three year driving ban and 300 hours of unpaid work, as well as £219 of costs and victim surcharges, on December 5.

Regarding Laura's campaign for a speed camera, a spokesperson for Essex Highways said: "The best way to take this forward is by speaking to your local county councillor and if they support your request, they can put it through to the Local Highway Panel who can assess whether there are any suitable speed reduction methods that can be introduced.

"You can include the petition as part of your supporting information." 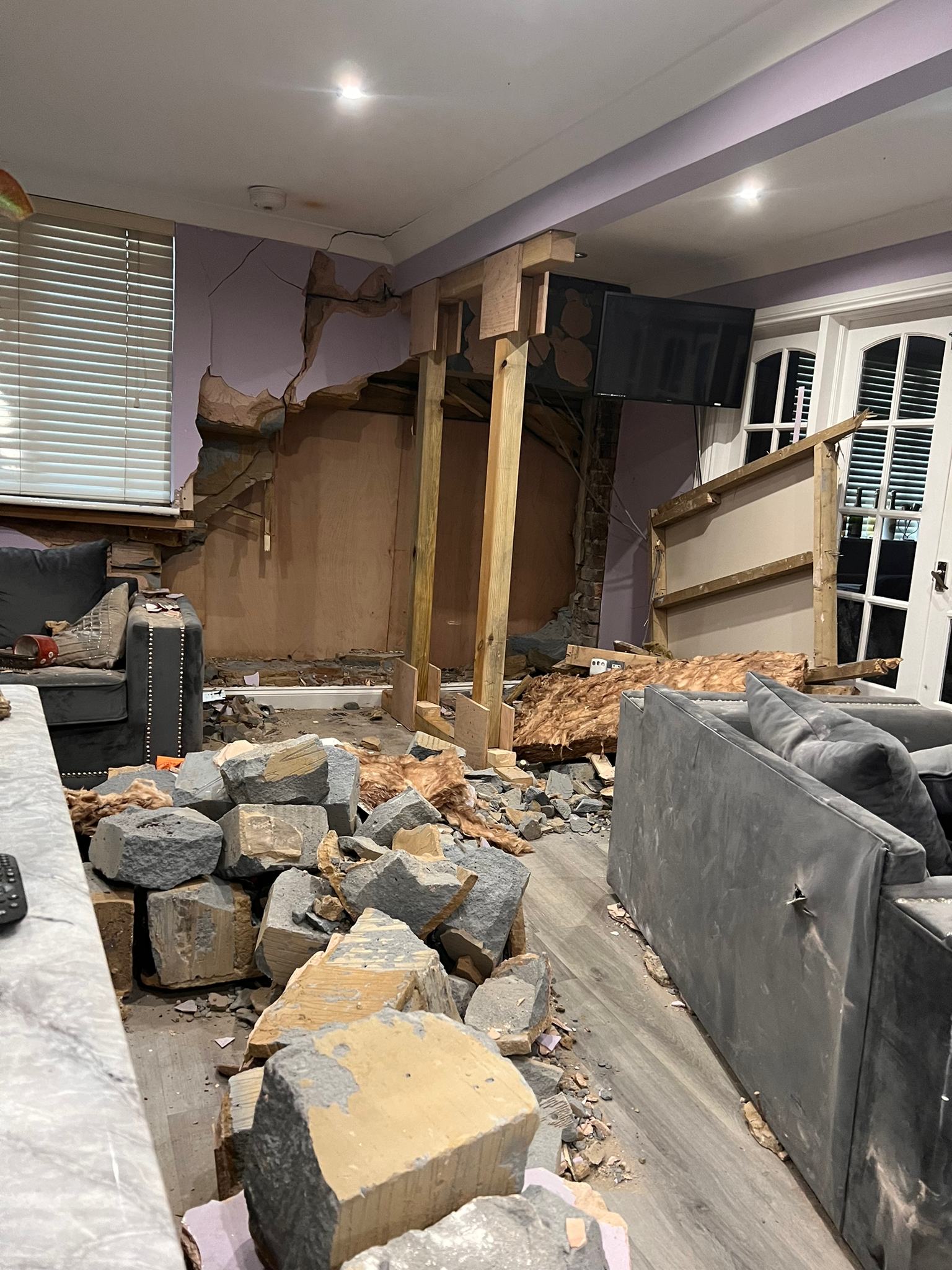 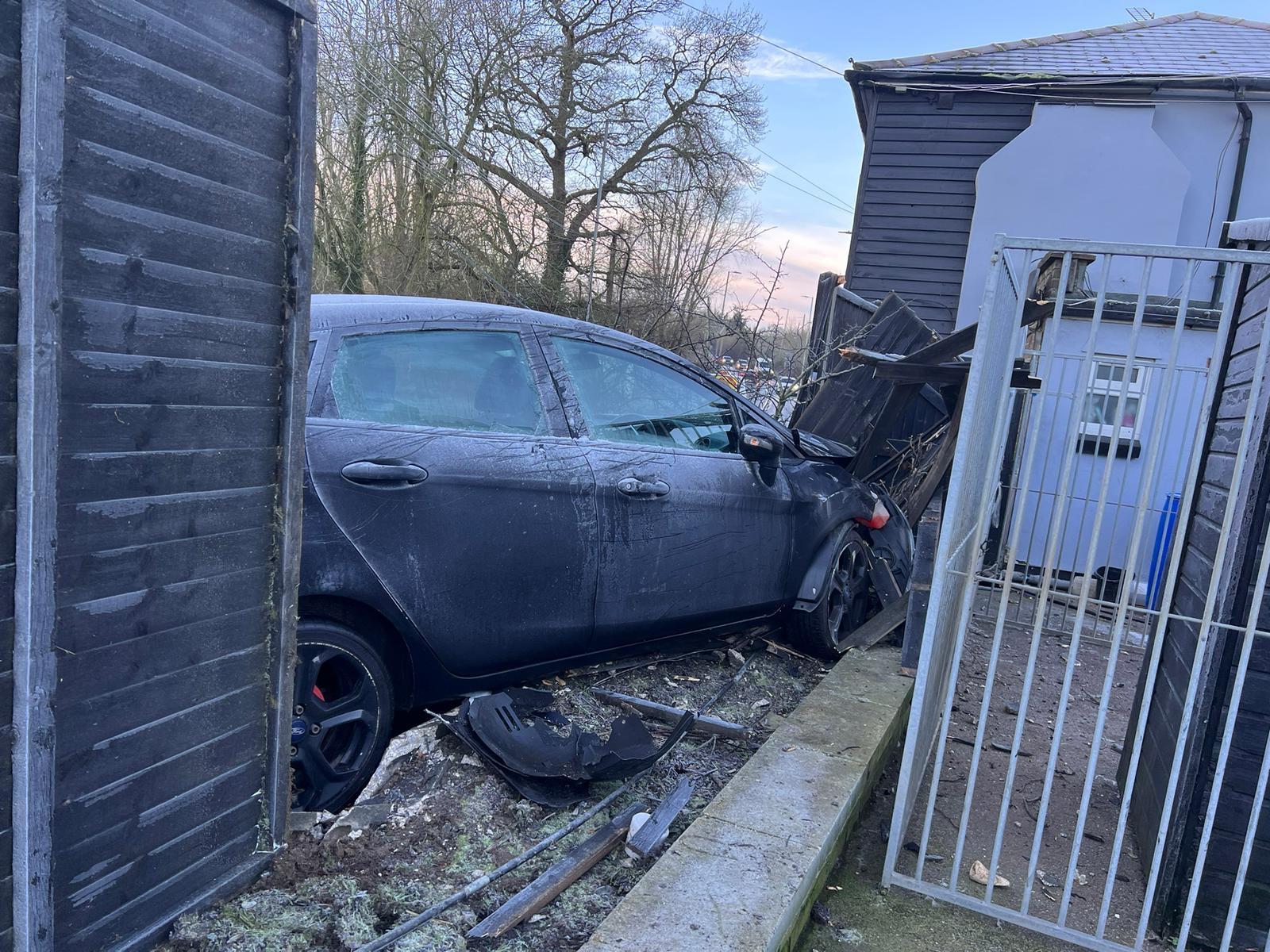 What Do BTS’ "Dionysus" Lyrics Mean? It’s The Party Song You’ll Be Jamming To All Summer