The wives of Harry Kane and Harry Maguire are among the England WAGS cheering on the Three Lions as they face Senegal in Doha.

Kane’s wife Katie Goodland was seen donning a Three Lions shirt in the stands looking focused ahead of the game, while Maguire’s partner Fern Hawkins was also dressed for the occasion as she supported England this evening. 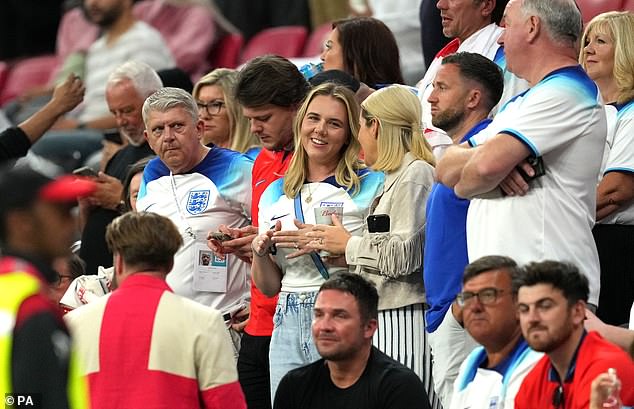 Katie Goodland, wife of England’s Harry Kane, (centre) pictured in the stands before the big game 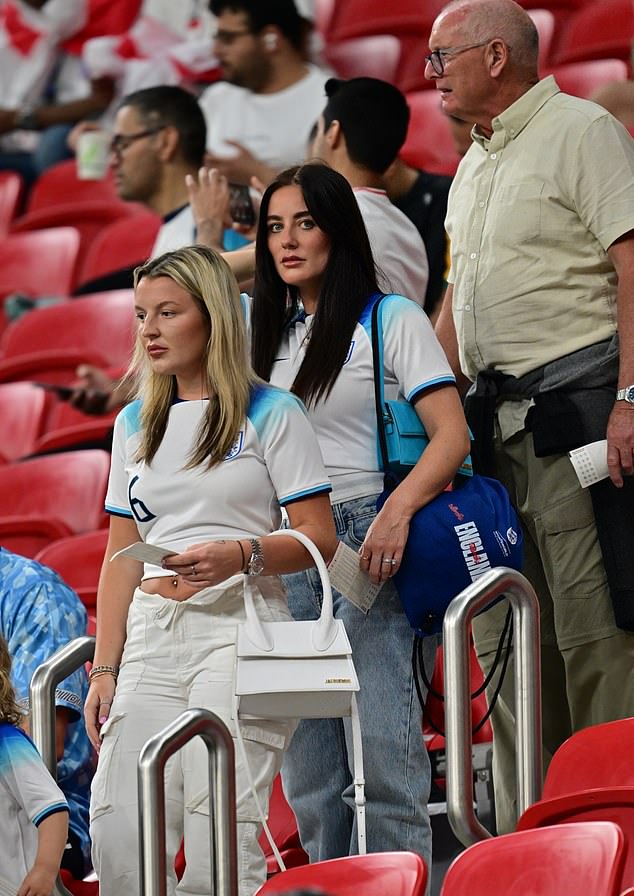 Bukayo Saka replaced Marcus Rashford in England’s starting line-up for their World Cup last-16 clash against Senegal, with Raheem Sterling unavailable due to a family matter.

The return of Saka in place of three-goal leading scorer Rashford was the only change Gareth Southgate made for the tie at Al Bayt Stadium.

Saka, who netted a brace in England’s opening 6-2 win over Iran, was rested for the final Group B game against Wales, where Rashford also scored twice in a 3-0 victory.

But England boss Southgate opted to recall the Arsenal man for the first knockout stage, with Phil Foden and Jordan Henderson retaining their places in the side. 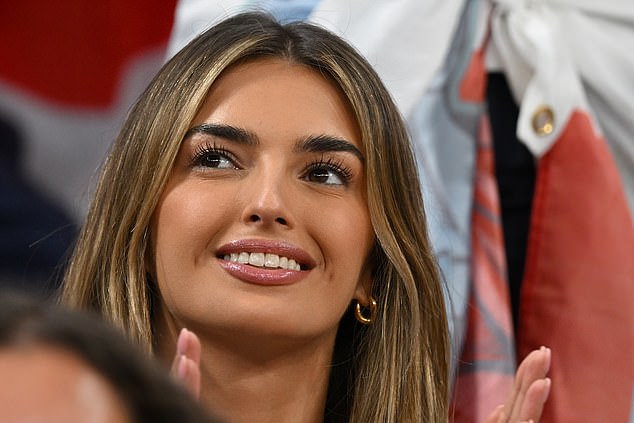 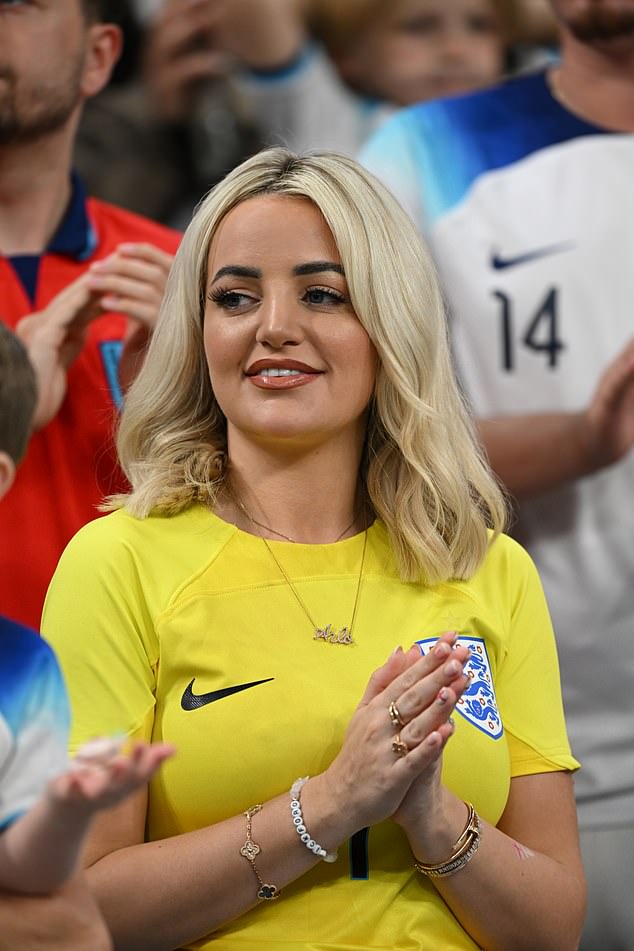 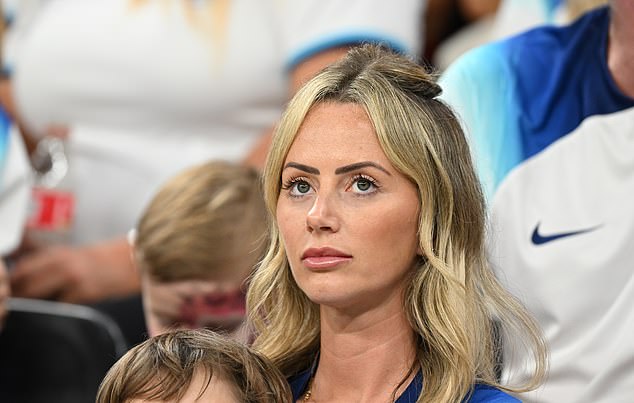 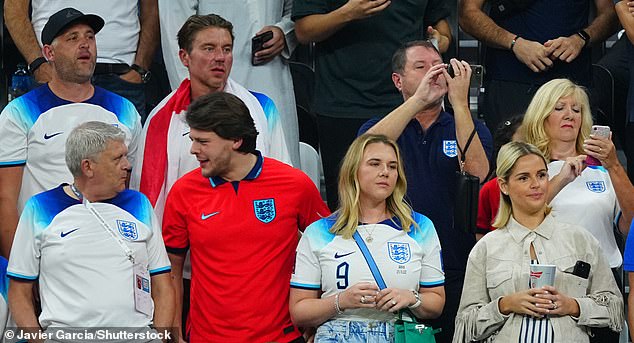 Harry Kane’s wife Katie, second from the right, looked focused as the game was about to begin 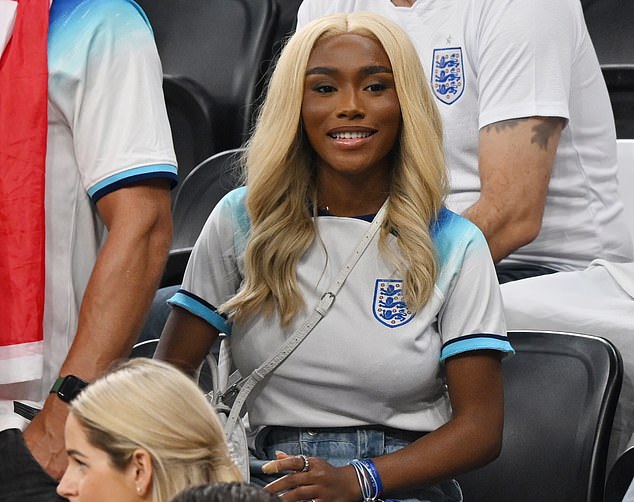 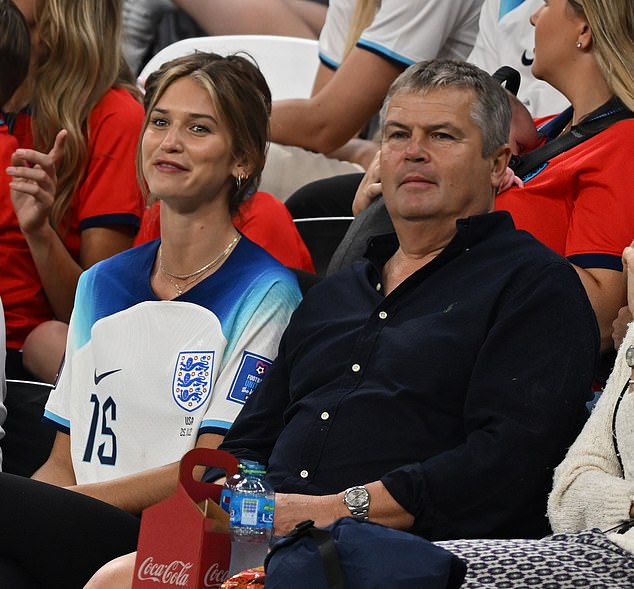 Sterling will take no part in the match, however.

The Chelsea winger was expected to be among England’s substitutes but he will be absent as he deals with a family issue.

Southgate told ITV1: ‘He’s dealing with a family matter so I had quite a bit of time with him this morning but I’ve now had to pass that on to other people to help him with that.’

Asked if Sterling would remain with the squad if England progressed, Southgate added: ‘He’s going to go and deal with that matter and then we’ll have to take it from there really.’

Sterling scored in England’s win over Iran and retained his place for the goalless draw against the United States before dropping to the bench for the Wales match.

Senegal were without Everton midfielder Idrissa Gueye through suspension and showed two alterations from the 2-1 win over Ecuador which saw them through to the knockout stage for the first time in 20 years.

Leicester’s Nampalys Mendy replaced Gueye with Krepin Diatta also coming in – while Chelsea pair Edouard Mendy and Kalidou Koulibaly were named in the side, along with Watford winger Ismaila Sarr.

England fans admitted nerves have started to kick in as they were greeted by a carnival atmosphere of dancing Senegalese fans ahead of their crunch World Cup knockout game.

Some predicted an ‘easy’ win for the Three Lions in the round of 16 tie on Sunday, while others thought it would be a ‘tough’ match.

Who is Liz Davies? Noel Edmonds' wife and make-up artist and his co-star on Eight Go Rallying