Woman, 20, who died 10 years after being severely brain-damaged when father set fire to family home was unlawfully killed, coroner rules

A young woman who died a decade after suffering serious brain damage in a fire started by her father at their Teesside home was unlawfully killed, a coroner has concluded.

Catriona Braithwaite, 20, was left with severe brain injuries from the blaze started by her father Philip Braithwaite who sought to kill himself and his family.

Philip, 49, died at the scene and younger daughter, Jessica, seven, died in hospital the following day.

Catriona was just nine at the time and although rescued, she suffered brain injuries through lack of oxygen, leaving her needing specialist carers.

In August last year the 20-year-old, who also had cerebral palsy, was taken to James Cook University Hospital in Middlesbrough suffering from pneumonia and sadly died on September 1 last year. 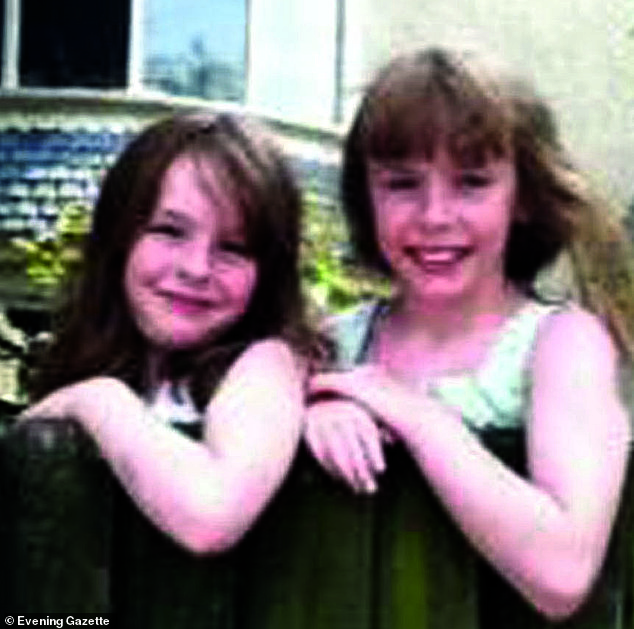 Catriona Braithwaite (pictured right, with younger sister Jessica), 20, suffered severe brain damage after father Philip started a fire in the family home in Redcar in May 2011, killing himself and Jessica. After years of round-the-clock care, she died in September 2021

Investigations following the fire in May 2011 revealed Philip, who was suffering from mental health problems, had disconnected the home’s smoke alarms and brought a petrol can into the house.

He started the fire in the children’s downstairs playroom of the family home in Redcar while the youngsters were upstairs in bed.

The inquest into Catriona’s death in Middlesbrough on Tuesday heard that Philip Braithwaite had become depressed and had tried to take his own life on two previous occasions. However, he wasn’t considered a risk to anyone else.

A statement read out in court by Catriona’s mother Christine who was downstairs at the time of the fire and managed to escape through the thick, black smoke, said her daughter suffered severe brain damage and was left unable to move around or communicate much and was prone to chest infections.

She said: ‘The fire robbed Catriona of the life she could have had and ultimately led to her death.’ 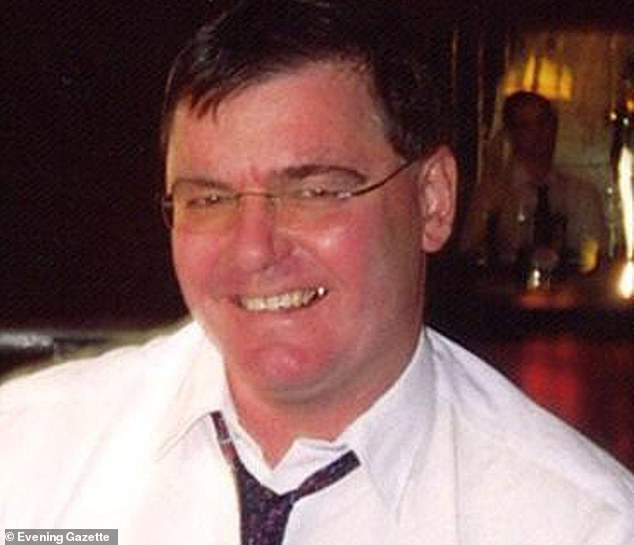 Catriona’s father Philip Braithwaite, 49, had been treated by mental health services but was not considered a risk to others. The inquest heard he became convinced of serious finance problems and decided to kill himself and his family

The court heard Catriona, who lived at Guisborough, initially started to respond to treatment in hospital, but then her condition rapidly deteriorated and a decision was made to initiate end of life care and she died a few days later.

Ms Bailey said the medical evidence showed that Catriona’s cerebral palsy and the brain injury she received in the fire both contributed to her death.

She said police had informed her that had Mr Braithwaite survived he would be facing prosecution and potentially a murder charge.

The coroner said: ‘I am satisfied that Catriona was killed unlawfully.’

In July 2012 an inquest into the earlier deaths concluded that Philip had killed himself and Jessica had been unlawfully killed. At the time it was stated that until August 2010 Philip was a good husband and a wonderful father who adored his children. He became convinced of serious money problems, although his wife said finances were manageable.

After becoming ill, Philip, who ran his own health and safety consultancy firm Cotswold Safety Ltd, was treated by mental health teams and at one point spent a six-week spell at the Roseberry Park unit in Middlesbrough. 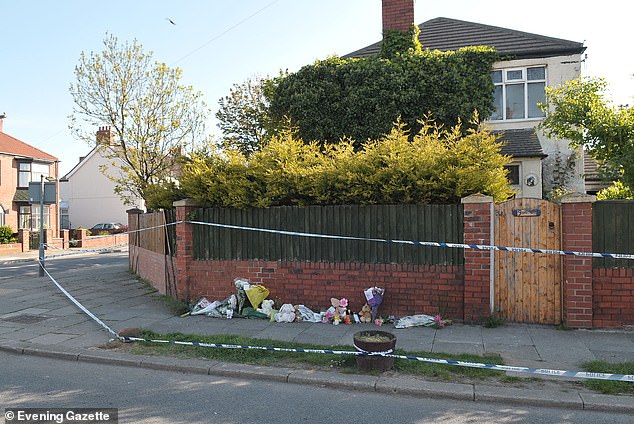 The family home in Redcar, Cleveland, pictured the morning after the fatal fire started by Philip Braithwaite, with flowers at the scene

On the night of the fire Mrs Braithwaite, who was watching television in a downstairs living room, became aware of the fire at about 11.30pm.

She told the inquest into her husband and Jessica’s deaths: ‘As I walked out I was greeted by what I can only describe as an inferno. There was a wall of fire that appeared to reach the top of the door which completely filled the doorway with thick, acrid, black smoke gushing out of the room which was choking me.

‘I was hysterical, I shouted out “what the hell have you done?” I couldn’t understand how a fire could have got so big and intense so quickly.

‘I ran towards the stairs and tried to go upstairs but was immediately choking on the smoke and couldn’t go up.’

She then grabbed her mobile, rang 999 and ran into the street. Neighbours frantically tried to help but couldn’t get past the flames. Pathologist Dr Nigel Cooper told the hearing both dad and daughter died as a result of smoke inhalation.

A serious case review was carried out following the tragedy to look into potential failings and whether local authorities and professionals could have done more to protect the two girls from harm.

However Redcar and Cleveland Council was accused of a ‘cover up’ by then Redcar MP Ian Swales it refused to publish the report in 2014.

Sky to give customers free films, Premier League football and data this Christmas

NHS is set for 15,000 more ventilators for coronavirus patients

Shakira’s 2021 Tour Dates Are Coming, So You Can Keep Reliving The Super Bowl