Al Qaeda chief is killed by US ‘ninja missile’: Motorbike-riding terrorist is minced by spinning-blade missile in precision drone strike in Syria

A US drone strike in northwestern Syria has killed a leader of a local jihadist group affiliated to Al-Qaeda.

The precision strike, carried out on Monday just before midnight (2100 GMT) on the eastern edge of the city of Idlib, killed Abu Hamzah al-Yemeni – the leader of the Hurras al-Deen group – as he was riding his motorbike along a dirt road.

Images from the scene showed the twisted remains of a motorcycle strewn across the ground, suggesting the missile scored a direct hit on its target.

US Central Command did not reveal the weapon used to carry out Yemeni’s assassination, but in the past has deployed the fearsome R9X Hellfire ‘Ninja’ missile for similar surgical strikes.

‘Abu Hamzah al Yemeni was travelling alone on a motorcycle at the time of the strike,’ US Central Command said in a statement, adding that an ‘initial review indicates no civilian casualties’.

The R9X Hellfire missile has become one of the US military’s favoured weapons for precision assassinations as it carries a lower risk of collateral damage.

Developed during Obama’s presidency amid concerns over the number of civilians being killed in drone strike campaigns in the Middle East, the ‘ninja’ missile is so nicknamed because it foregoes the use of an explosive warhead.

Instead, the R9X carries 45kg of reinforced metal in its tip with six extendable blades designed to shred the target upon impact without triggering a blast which could prove deadly to those nearby. 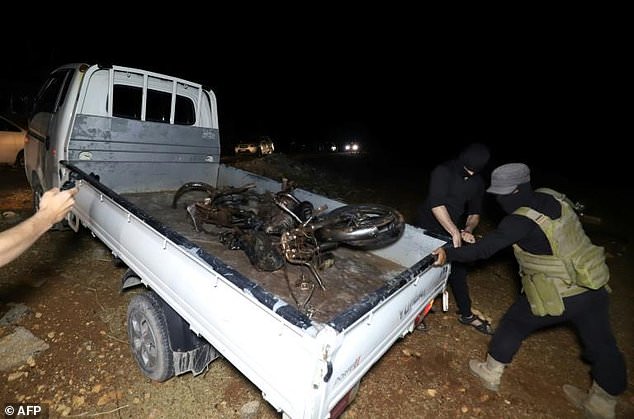 Fighters of jihadist group Hayat Tahrir al-Sham (HTS), which dominates northwestern Syria, carry away a mangled motorcycle after a US drone strike targeting a leader of a rival Al-Qaeda-linked faction, Hurras al-Deen 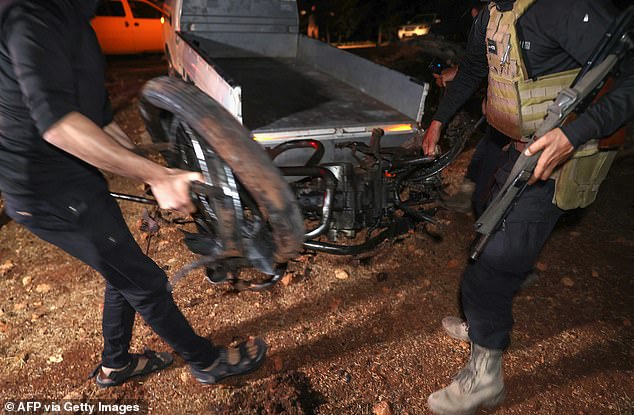 Fighters affiliated with the Hayat Tahrir al-Sham (HTS) jihadist group in Syria transport the remains of a motorcycle reportedly targeted in a drone attack on the eastern edge of Syria’s rebel-held Idlib province, early on June 28, 2022 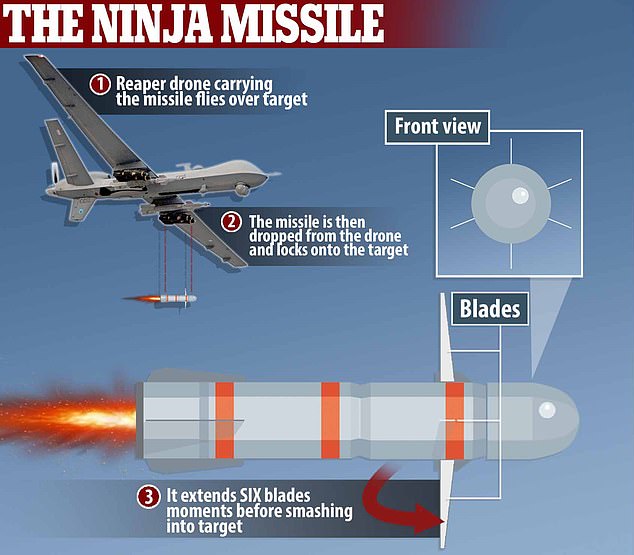 US Central Command did not reveal the weapon used to carry out Yemeni’s assassination, but in the past has deployed the fearsome R9X Hellfire ‘Ninja’ missile for similar surgical strikes

A US official with knowledge of the operation speaking on condition of anonymity told CNN the US was ‘highly confident’ that Yemeni was killed in the strike.

This was later confirmed by the Britain-based Syrian Observatory for Human Rights, which relies on a wide network of sources inside Syria.

An AFP reporter in Idlib said that members of Hayat Tahrir al-Sham (HTS), a rival jihadist group that dominates the area, gathered at the scene of the strike shortly after it happened and took away Yemeni’s charred remains.

Pictures later emerged of masked men loading the melted chassis of the motorbike onto a pickup truck for salvage.

Monday’s strike was the second US operation in June to target a senior jihadist in Syria.

US forces captured Hani Ahmed Al-Kurdi, a leader of the Islamic State (IS) group, on June 16 during a raid in Aleppo province.

They also killed IS leader Abu Ibrahim al-Hashimi al-Qurashi during an operation in Atme, a region of Idlib province, on February 3. 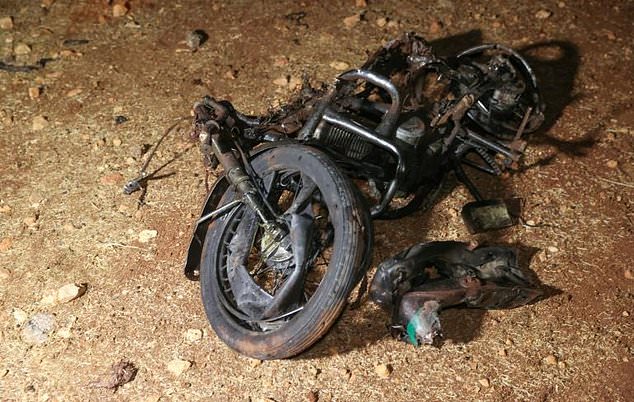 The motorbike, that was reportedly being ridden by jihadist leader Abu Hamzah al-Yemeni at the time of Monday’s US drone strike in Syria, was badly damaged upon impact 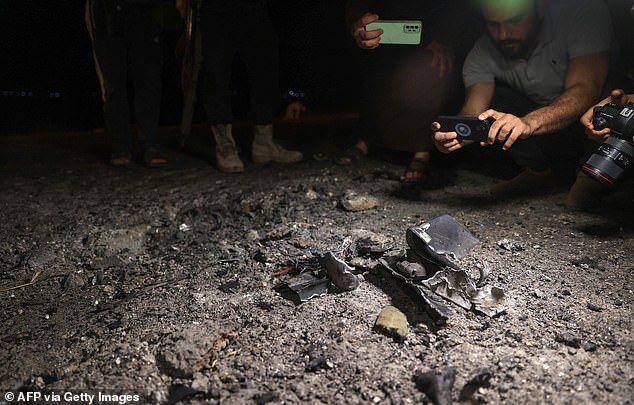 Hayat Tahrir al-Sham (HTS) members and local journalists take pictures of the site of a reported drone attack on the leader of Hurras al-Deen, an Al-Qaeda affiliate

Hurras al-Deen is a relatively small but powerful armed group led by Al-Qaeda loyalists which was led by Yemeni until his death yesterday.

But HTS, whose leadership includes many ex-members of Al-Qaeda’s former Syria franchise, has tried to cast itself as a credible political force in the Idlib region, having gained momentum in recent years.

Since a 2020 ceasefire agreement reached by Moscow and Turkey, the main foreign broker in northern Syria, HTS has come under pressure to crack down on the myriad of other jihadist factions still present in the Idlib region.

Mate 20 Pro: One major reason to get this phone over the Huawei Mate 30 Pro

The Trump-Biden race is now on, but it’ll be nothing like anyone expected