Dan Walker, 42, is an avid fan of the BBC drama Line of Duty and regularly keeps his fans entertained with his Twitter commentary on the show. During a recent episode, the BBC Breakfast presenter seemingly appeared to hit out at one of the stars on the primetime programme as he branded them a “liar”. In view of his 561,000 followers, he wrote: “Can’t take this,” before adding: “BARE-FACED LIAR”. The TV host appeared to be referring to lawyer Gill Biggeloe (played by Polly Walker) who many fans have assumed is “H”, a codename used for a leader of the criminal underworld.

One person said: “Ted is innocent it’s too obvious. I reckon Jill or Teds boss can’t wait for next weeks episode.”

Another person tweeted: “I don’t like this… H, I wonder if it is Gill because she wants Ted to retire?”

While a third person added: “’H’ is for ‘Headquarters,’ they’re all at it to continue crime and therefore keep their jobs… Ok, I have no idea – but I’m loving it! #LineOfDuty.”

Dan seemingly appeared to agree with a lot of his followers, as he took to Instagram to share a snap of the actress Polly, 52.

In view of his 72,900 followers, he captioned the snap: “Anyone else think this is H? #LineOfDuty.” 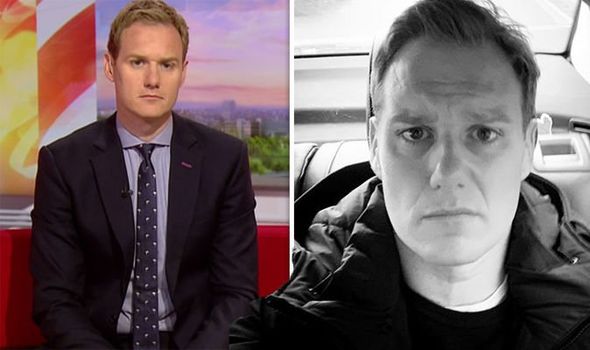 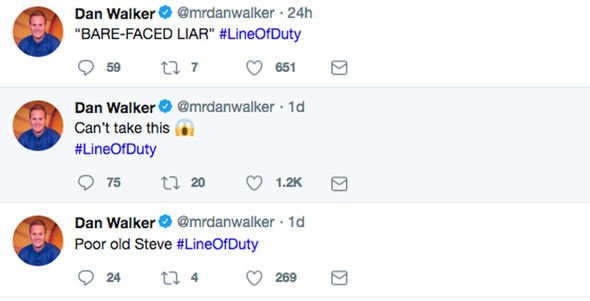 Meanwhile, the Breakfast host recently appeared at the Sports Industry Awards and shared a snap of himself alongside England manager Gareth Southgate, 48, and player Raheem Sterling, 24.

The Football Focus looked dapper in a smart black suit with a matching bow tie.

He captioned the photo: “My mate Jack has texted me this morning to ask why my hand is 3 times bigger than Gareth Southgate’s #GigantaHand #A4mit.”

One user commented: “Maybe you should have been a goalie.”

Anyone else think this is H? #LineOfDuty 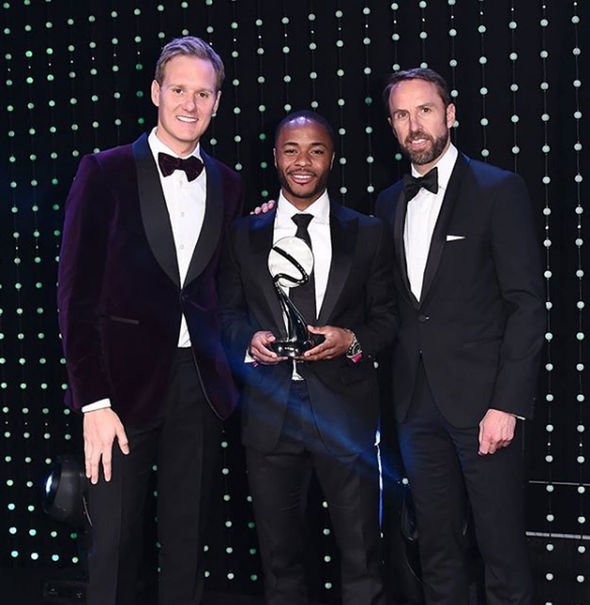 A second cheekily penned: “I got to hand it to you Dan!”

Dan shared two additional pictures of the trio with one being selfie snap, before commenting: “What a privilege to stand alongside Gareth Southgate & present @sterling7 with the Integrity & Impact Award at the #BTSIA. A sportsman with a very powerful voice.”

Ahead of the event, the BBC host seemed to be looking forward to the event as he wrote: “Off to the Sport Industry Awards tonight to hand out one of the evening’s gongs and eat some grub.

“Will let you know how it goes. Tuxedo at the ready (it’s purple) @sportindustry #BTSIA #BTSIA2019.”

BBC Breakfast airs from 6am on weekdays.