Seemingly shutting down the dating speculation, the ‘Only Murders in the Building’ star posts a cryptic message on her Instagram Story along with a picture featuring a mystery man who resembles her rumored boyfriend.

AceShowbiz –Selena Gomez has clarified her relationship status after she’s reported having a romantic relationship with Andrew Taggart a.k.a. Drew Taggart. Seemingly breaking her silence on the dating rumors, the singer/actress has declared that she’s single.

The “Only Murders in the Building” star seemingly attempted to shut down the dating speculation with a cryptic message on her Instagram Story. She posted a black-and-white image of the sky and a lonely hill. “I like being alone too much,” she wrote over the pic, adding, “#iamsingle.”

Interestingly, the photo also captured a mystery man, who resembles Selena’s rumored boyfriend Drew with his dark wavy hair. The image, which was posted on Thursday, January 19, has since been removed from her Story. 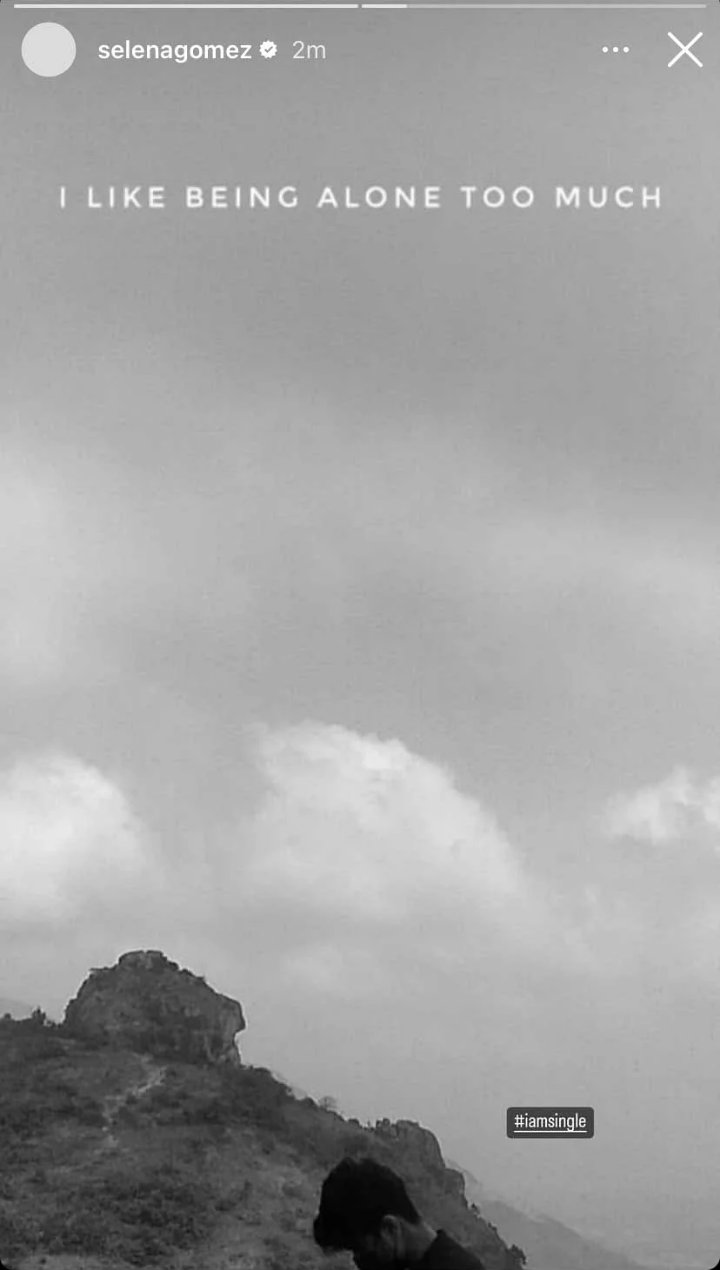 Us Weekly was the first to report that Selena and Drew are an item now. A source told the outlet that the 30-year-old former Disney darling and The Chainsmokers star are “very casual and low-key,” but they “aren’t trying to hide their romance by sneaking around at members only clubs.”

A so-called insider claimed that the “Lose You to Love Me” songstress is “so affectionate” and that the “#Selfie” hitmaker and “Selena can hardly keep her hands off him.” As to their favorite activities, they reportedly “go bowling and to the movies” when they spend time together. The source added that the new lovebirds are “having a lot of fun together.”

Later, Page Six published the first photos of the alleged couple on a bowling date at The Gutter in New York City. An eyewitness claimed that the two were “making out” like teenagers while enjoying some alone time during the Sunday, January 15 outing.

Their dating rumors surfaced following Drew’s split from Steve Jobs’ daughter Eve Jobs. It was said that Drew and Eve’s breakup was “totally amicable,” with a source adding that the exes remain “friends” who are “both very mature and cool about going [their] separate ways.”

However, it was later revealed that Drew and Eve were still posting each other on vacation as recently as December 31, 2022. A few weeks prior, on December 14, Drew posted a photo of himself kissing Eve, on which she commented, “my most faaavorite.”