THERE’S nothing worse than waking up the morning after the night before and realising that you’ve lost your stuff.

The common things that are often lost – phones, cards and keys? 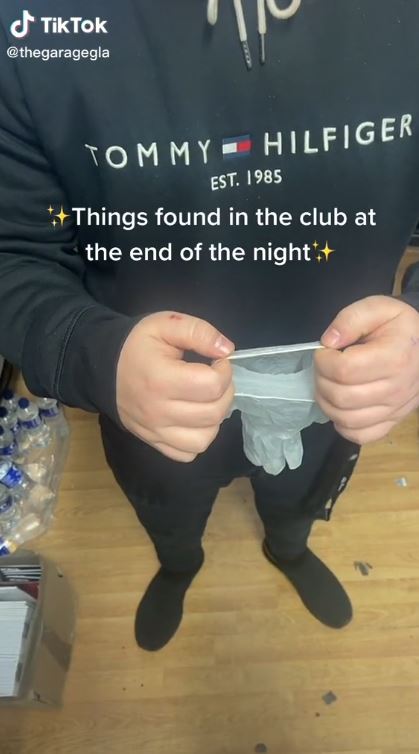 But one nightclub in Glasgow has taken to TikTok to reveal the things they find at the end of the night, and some of them are very random.

The Garage Glasgow, in Scotland is described as ‘Scotland's biggest, busiest and best nightclub’.

One staff member took to TikTok to share some of the random things that have been found at the end of the night and the video has racked up 6.3million views in just three days.

The video shows the staff member putting on plastic, disposable gloves and walking around the club, picking up the random items left behind.

The video details “things found in the club at the end of the night” and amongst the normal smashed iPhones and “endless passports” there was an iPhone charger, an Adidas gilet, a perfume spray and a glitzy bangle.

But in addition to this, there was some “late night entertainment”, aka Jungle mini playing cards, a tampon and ONE random black boot.

Many TikTok users were shocked at some of the findings and took to the comments to express this.

One person said: “I will never understand how someone loses ONE shoe.”

Another added: “This feels illegal to watch.”

A third commented: “The one shoe is a classic.”

And many other TikTok users revealed what they have lost in a club on a night out.

One person commented: “I once found a full 12 pack aunt Bessie Yorkshire puddings.”

Another said: “I once found an entire Jenga game.”

A third added: “I often lose a shoe. Those nights are the best nights.” 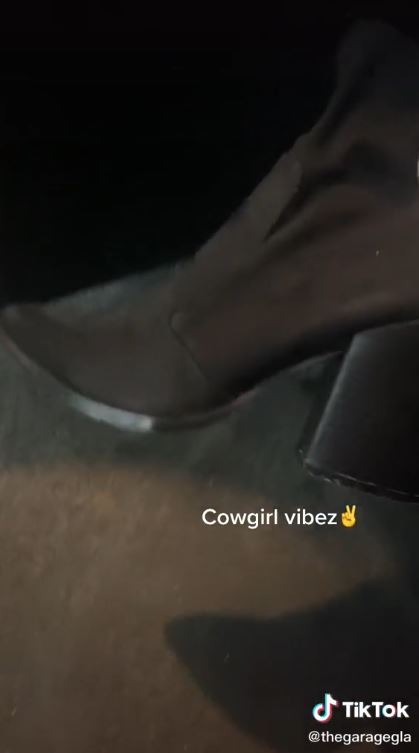 Meanwhile, I work for Premier Inn & I’m sick of ‘pig’ customers leaving their rooms with food on ceilings and sick-stained sheets.

Also, sunbed shop worker reveals the GROSS things people do including peeing in the tanning booths.

The 5 Best Oils For Dry Scalps

Everyone around the world follows the same 'seven moral rules' no matter where they live, British scientists find

No pay in 2022 for teachers who baulk at COVID vaccination