THERE ARE so many ways to curl hair – wands, hair curlers, traditional irons, dryers that also curl – and it can be overwhelming.

However, a Dyson employee showed viewers exactly how to get the perfect curl with the help of one tool. 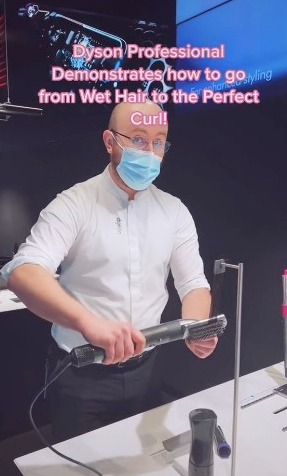 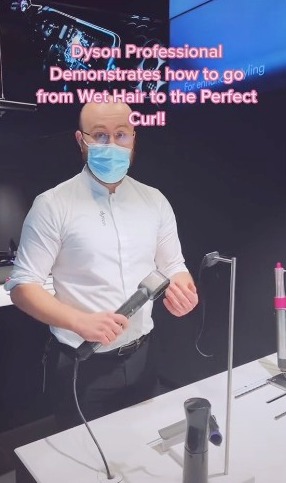 In a video posted to the TikTok account of a hair styling guru who goes by @jovialjackie, a Dyson employee named Vito took viewers through his step-by-step process for getting wet hair dry and perfectly curled.

His trick? Using a Dyson Airwrap with interchangeable parts.

“Let’s say your hair is dripping wet out of the shower.

“The first attachment I’m going to be using is the freestyle dryer,” he explained.

“Its main goal is to quickly get your hair from dripping wet to damp and if you want more views on your TikTok or Instagram, definitely do it this way – otherwise it makes no freakin’ difference,” Vito joked.

He proceeded to use the pre-styling dryer attachment on a piece of faux hair and then moved on to the brand's smoothing brush.

He described the difference between two of Dyson’s brushes, stating that the soft smoothing brush gives more volume, while the thicker one is best for “flattening and straightening your hair,” and resembles the effect of a traditional flat iron.

Vito noted that it's best to use a smoothing brush before actually curling the hair, as it makes “your hair more manageable to section off and curl.”

Once the hair is 70 percent to 80 percent dry, it’s time to move onto the Airwrap curling barrel.

“We pull this section out and away from the rest of the hair [leaving] a good three inches at the end [hanging] freely,” he explained as he showed the process.

“What you wanna do is hold it, turn it on, give it a wobble, let the ends catch – trust me, physics works – and then once they’re caught, let go.”

Once the hair was attached to the barrel at the end, he moved the wand directly up the hair without physically twisting the wand, as many would do with a traditional curling iron.

Vito joked that if people did not follow his exact steps, he would “pop out of [their] furniture and force [them] to return the Airwrap.”

Finally, he said once the hair is dry, press the cold shot button for 10 Mississippi seconds to let it cool down, and then release the hair by turning the Airwrap off and pulling it straight down.

While the hair curling instruction was useful, most of the viewers commented about the expert’s humor.

“Every company needs this man to do tutorials. I’m living for the sass,” one user noted.

“Please let Vito know he needs his own TikTok account lol,” another added.

A third person was so impressed they admitted they were sold on the Dyson Airwrap just from watching the tutorial.

However, some expressed hesitancy in taking hairstyling tips from a bald man.

Dyson Airwraps cost nearly $700, so for those who aren’t willing to spend the cash to make their hair perfectly curly, there are several other ways.

One TikToker shared her step-by-step method that requires you to wrap damp hair in a sock.

A second hair guru claimed she gets beautiful curls by dipping her hair into a bowl of water after putting styling creams in it. 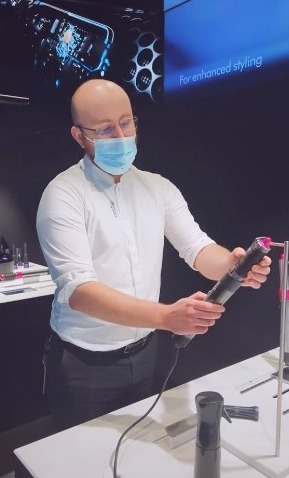 Naomie Harris says a 'huge star' groped her during an audition: 'No one said anything'

Which players were snubbed from the NBA's 75th Anniversary Team?