AFTER six months of spending a lot of time in our own homes, a chance to peek inside a celeb's mansion made a welcome change. 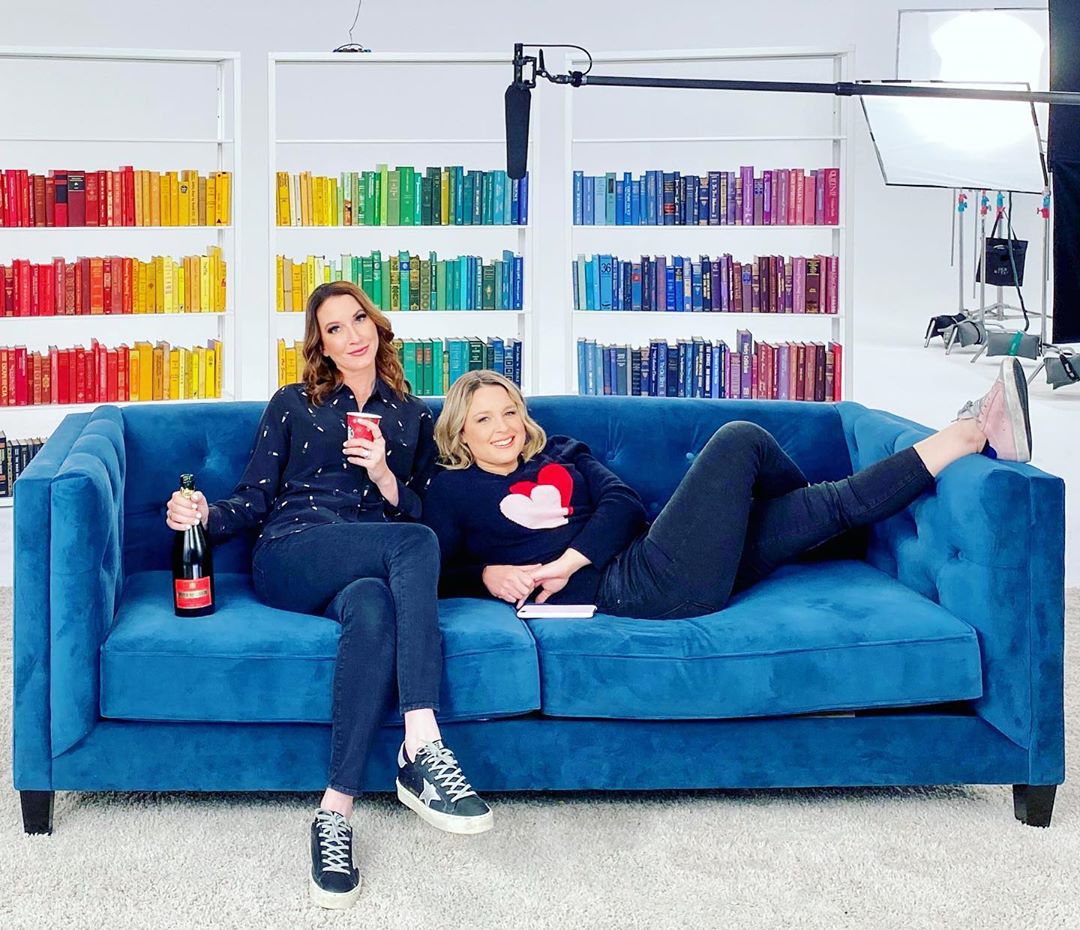 But these aren't the only A-listers the Get Organized gals have worked with – their famous clientele includes everyone from Gwyneth Paltrow to Khloe's sister Kim.

We look at some of our favourite home transformations, including Khloe's hanging hair extensions and Reese Witherspoon's 'Legally blonde closet'…

If getting a look inside Reese Witherspoon's wardrobe in episode one wasn't guaranteed to make Get Organized a hit, we don't know what is.

But the actress, 44, has something which sets her aside from her Hollywood colleagues, and it's not a pair of Louboutins or a designer handbag. 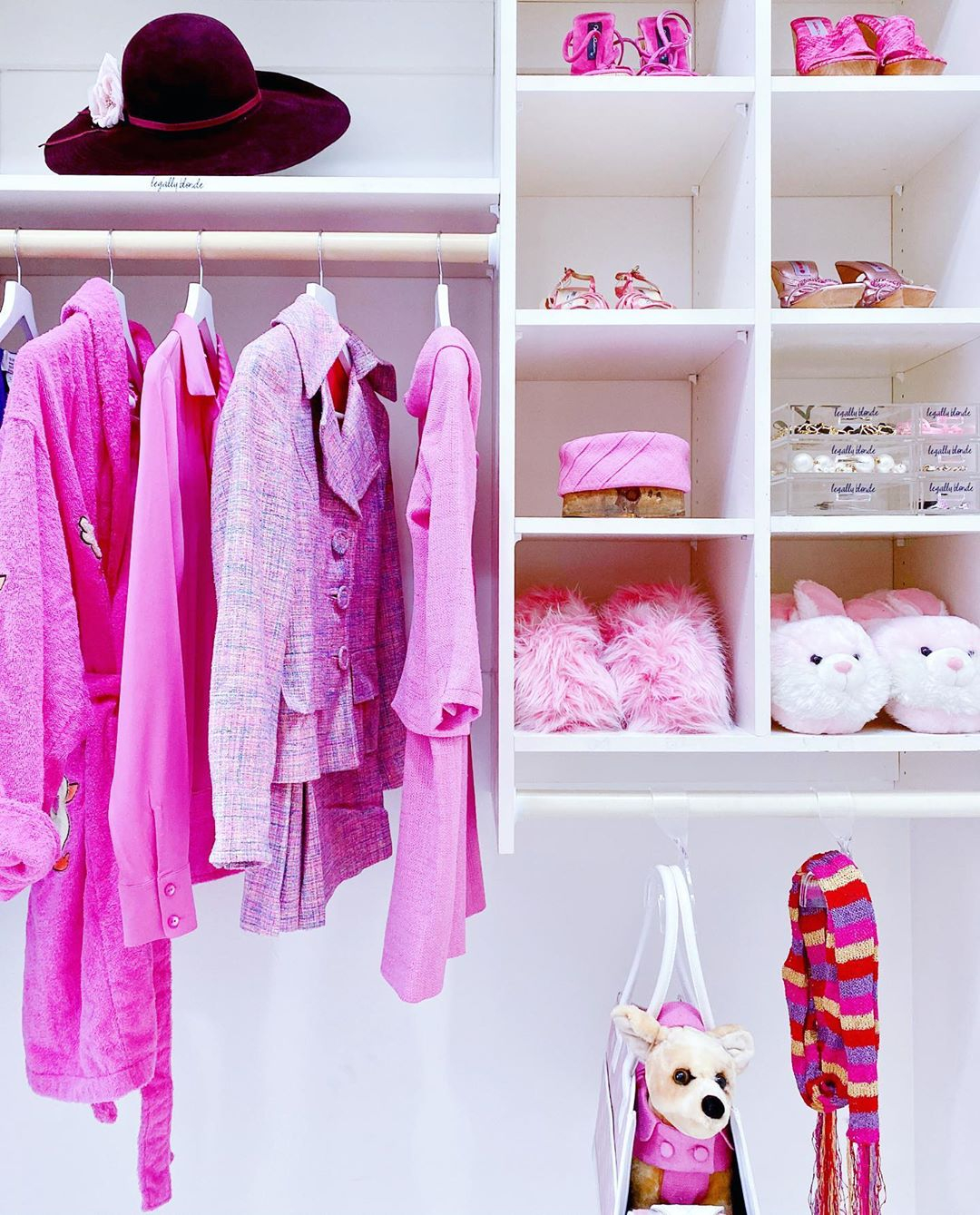 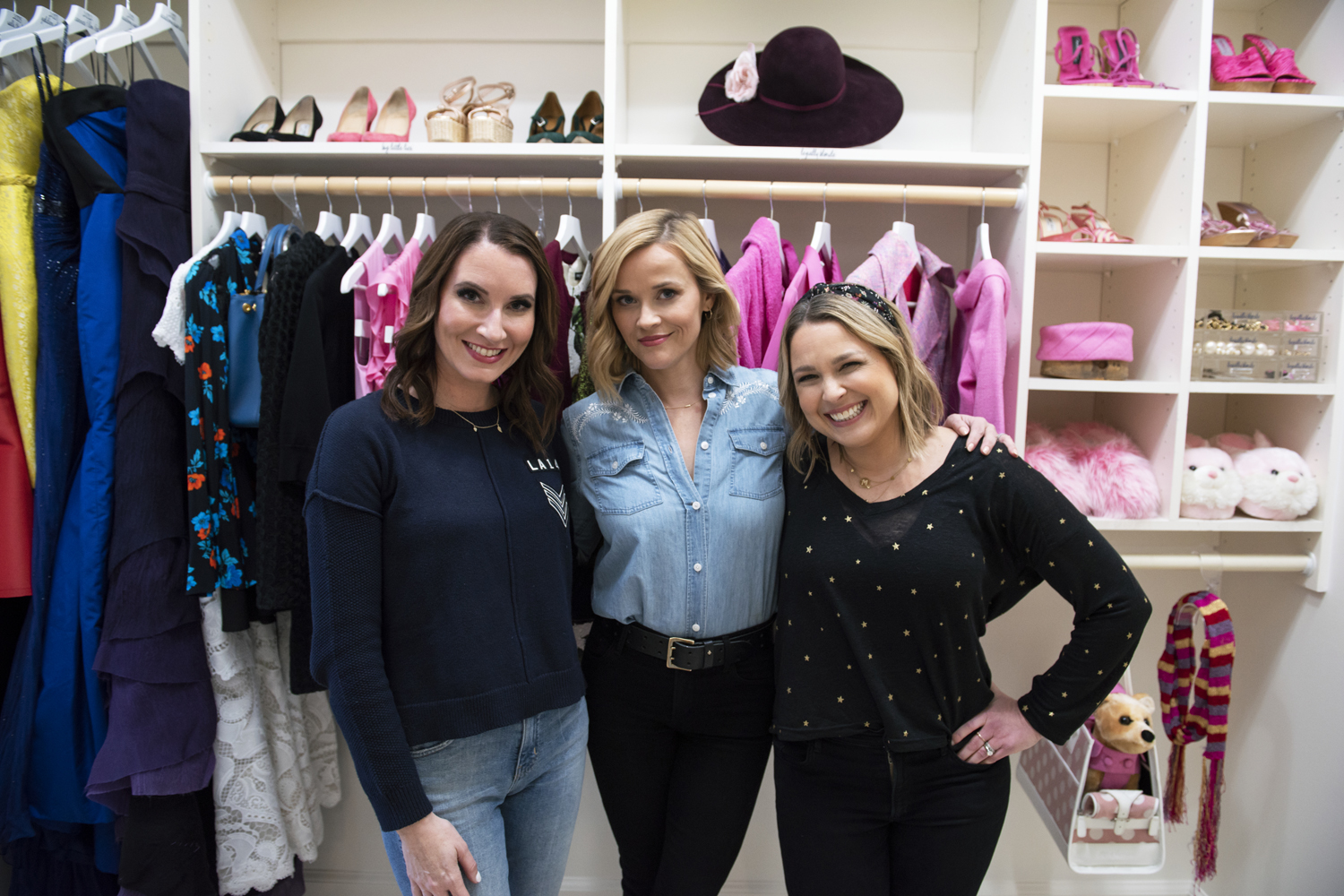 Reese has a whole Legally Blonde closet, in tribute to the cult films she first starred in in 2001, complete with pink outfits and shoes.

If that's not enough, she even has a white handbag with a toy version of chihuahua Bruiser inside, in his own pink jacket and hat.

Because, as Elle Woods famously said, "whoever said orange was the new pink, was seriously disturbed". 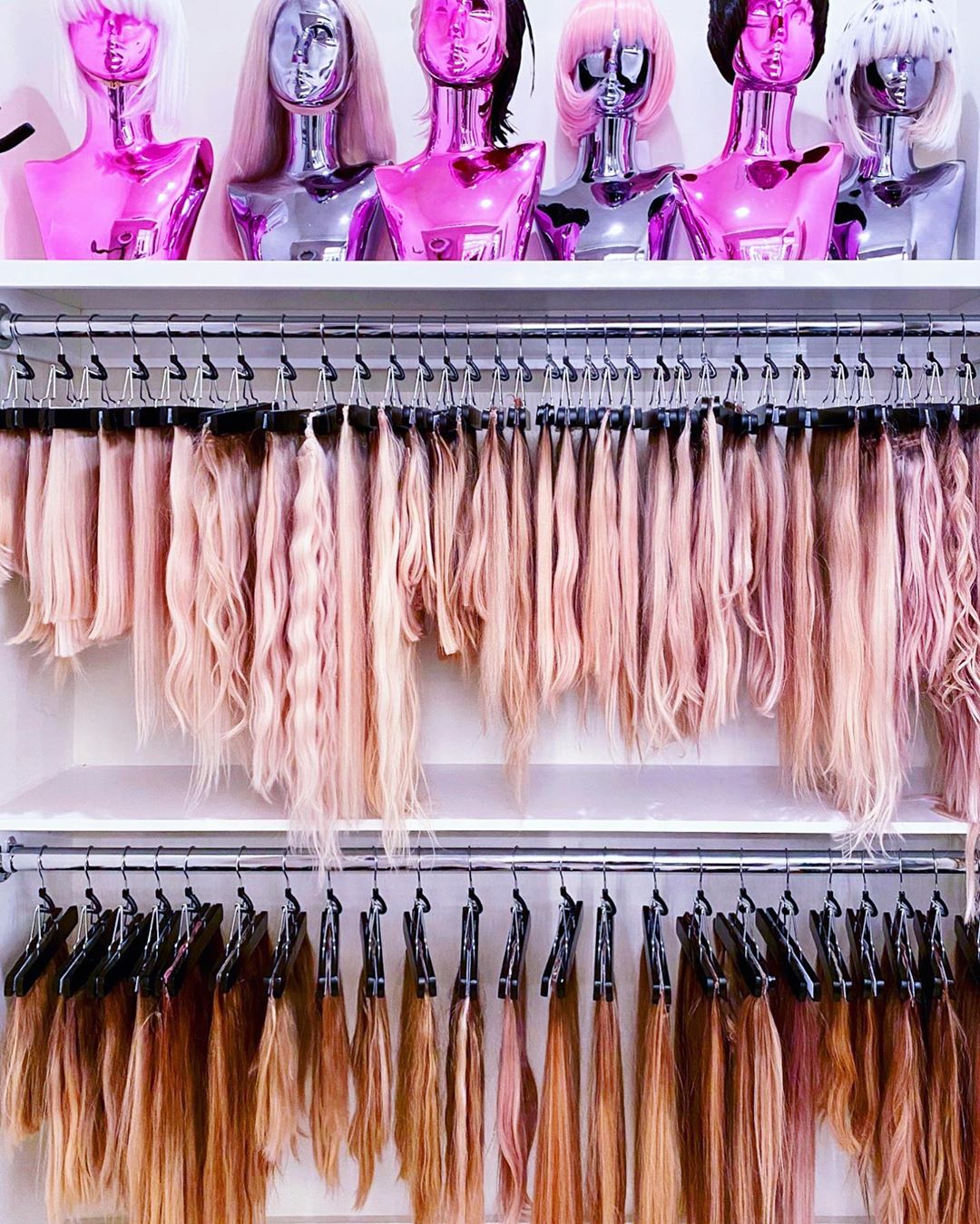 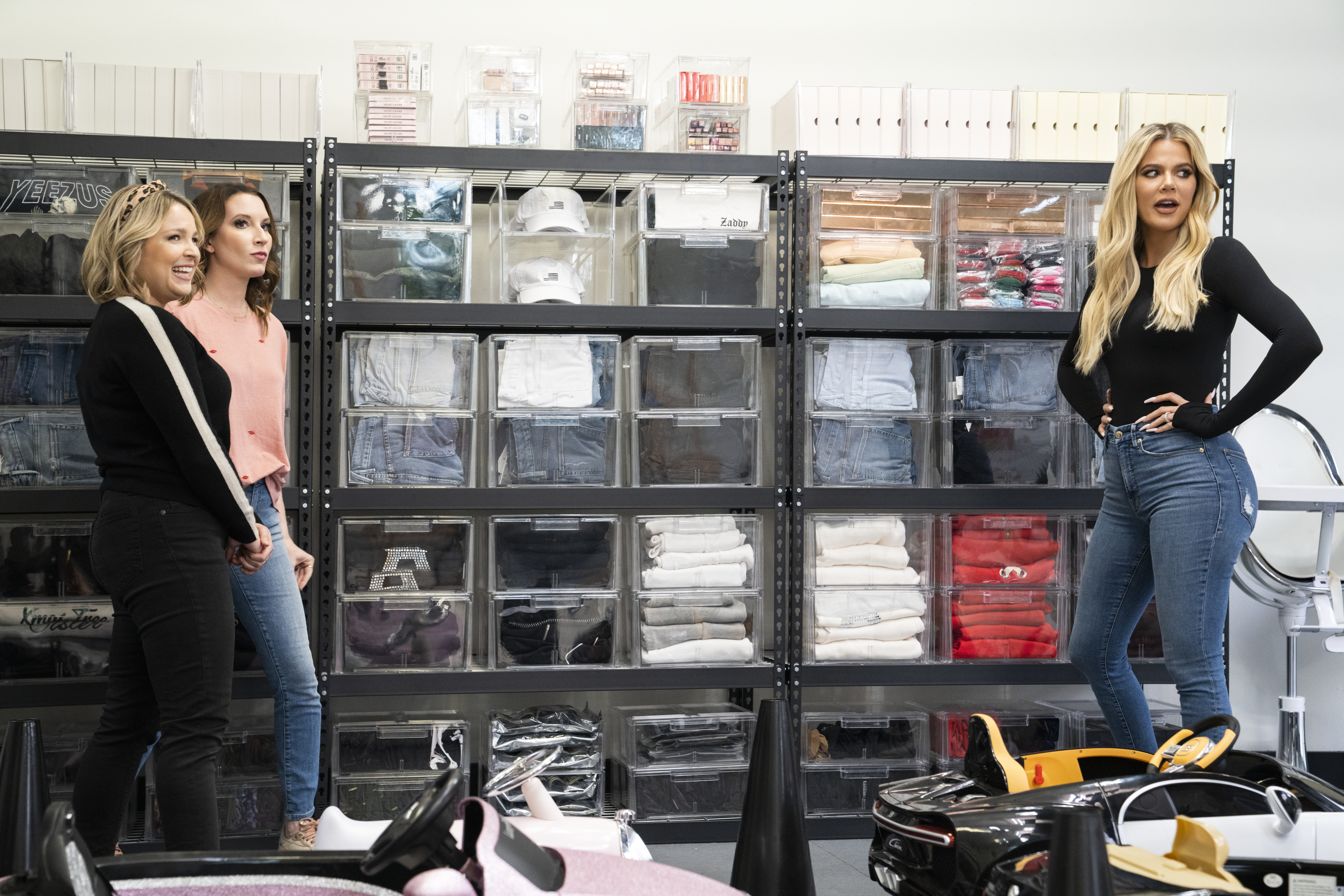 The Kardashians are firm friends of The Home Edit team, who count both Kim and Khloe as clients.

Mum-of-one Khloe, 36, got the organisers in to revamp her Calabasas estate in January.

And it's not just designer clothes, Skims shapewear and Yeezys Khloe has hanging in her closet, she has two whole rails dedicated to hair extensions – ranging from honey blonde to pastel pink. 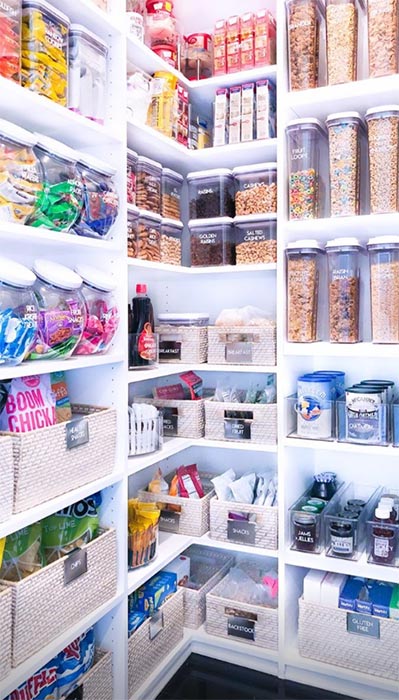 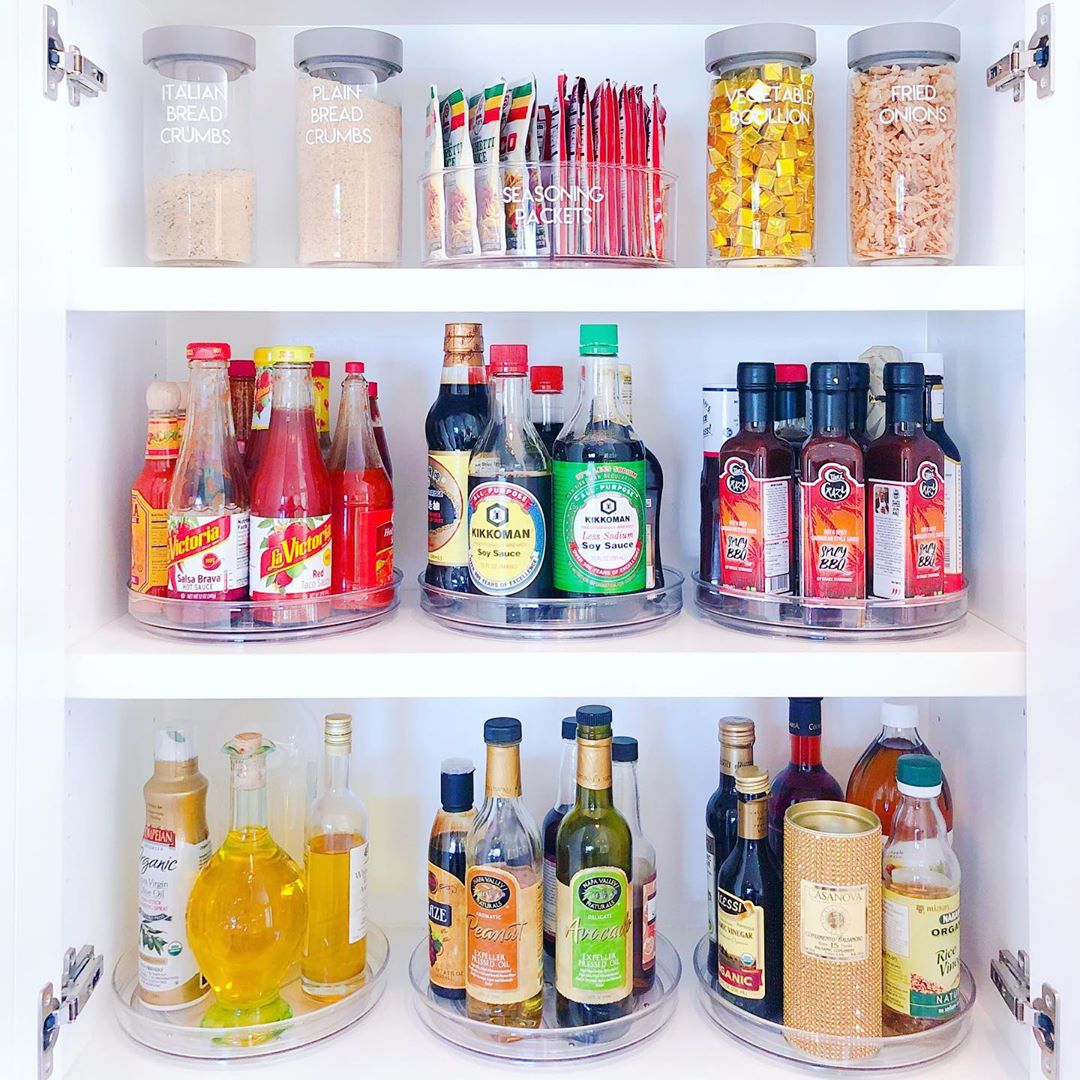 Khloe previously showed the wig room off on her Instagram stories, calling it "50 shades of blonde" and "one of my favourite rooms".

She also showed off her "other happy place", her immaculate pantry.

Khloe's known for her love of organising, which her sisters and mum Kris often poke fun at on Keeping Up With The Kardashians. 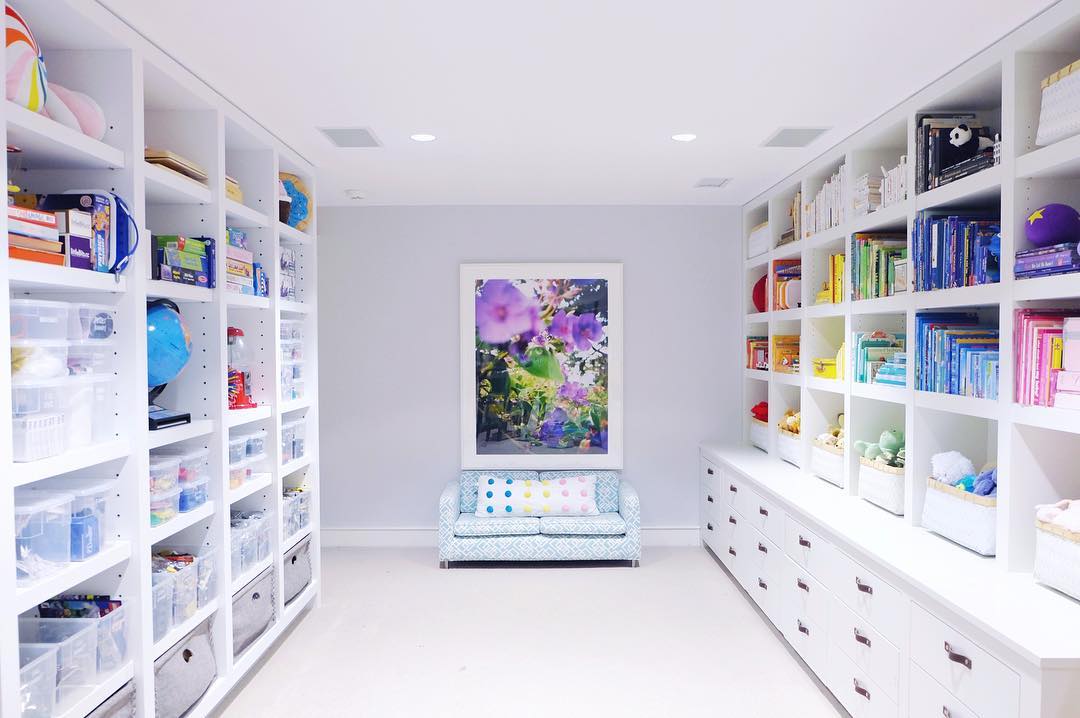 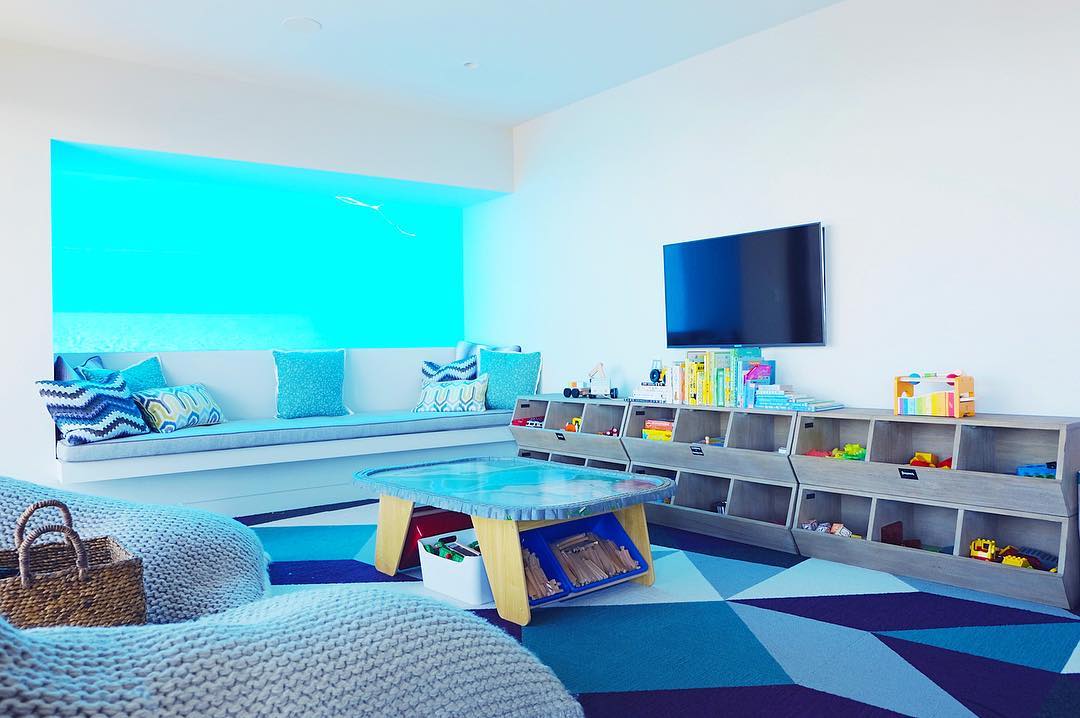 Gwyneth Paltrow, 47, is notorious for her healthy eating habits – and immaculate pantry.

But you might not know the kids' playroom at her Hamptons home was also given The Home Edit treatment.

Back in 2017, the mum-of-two got some help with Apple and Moses' playroom – which was given floor-to-ceiling shelves stacked with colour coordinated books and toys. 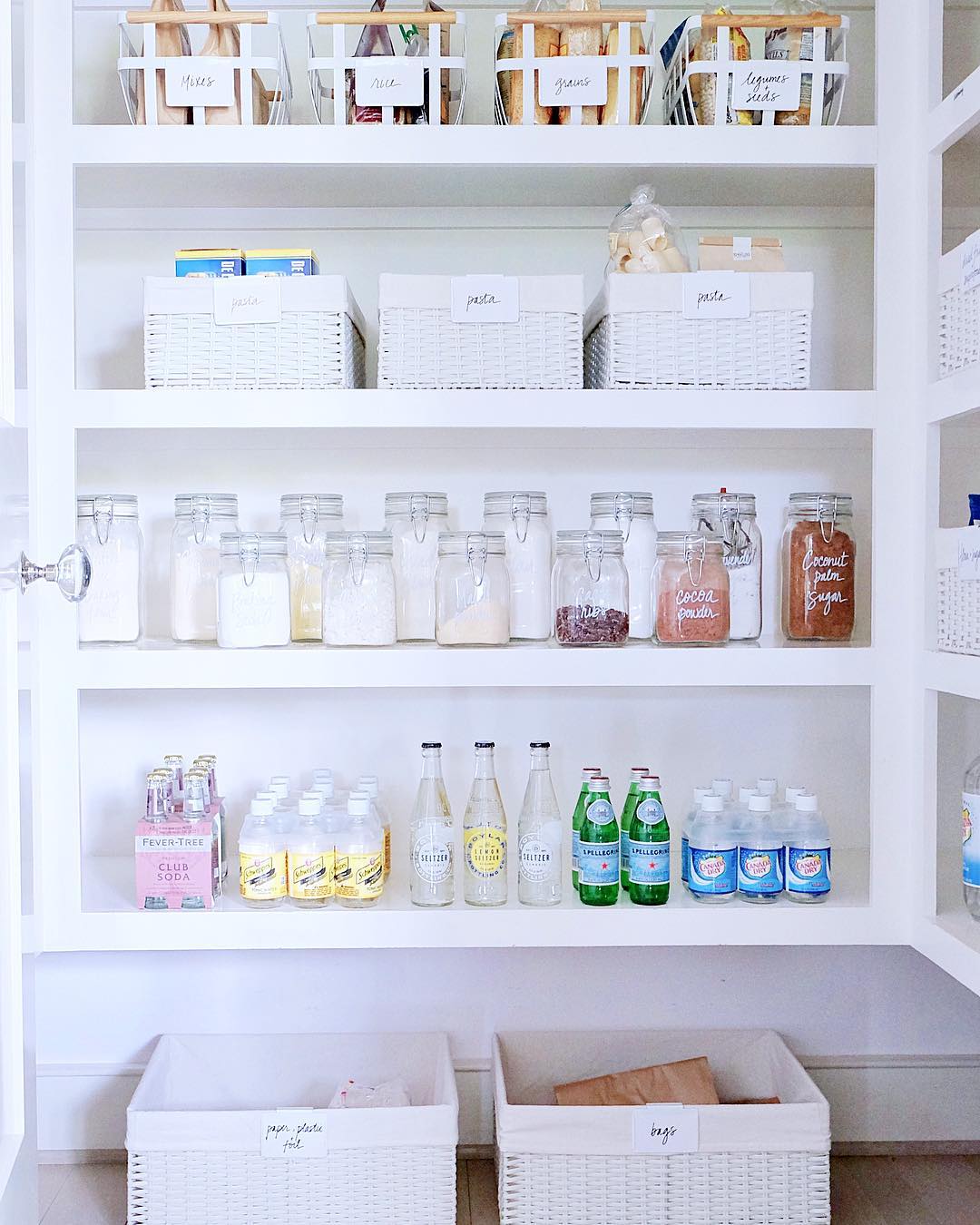 The dreamy room, which most adults would be jealous of, also has a wall-mounted TV and enviable view over the swimming pool.

Revealing the finished look on Instagram, The Home Edit organisers described the posh pad as "#lifegoals".

They said: "We divided the room into activities on the left, and leisure on the right, and created zones for reading, games, art, crafts and science." 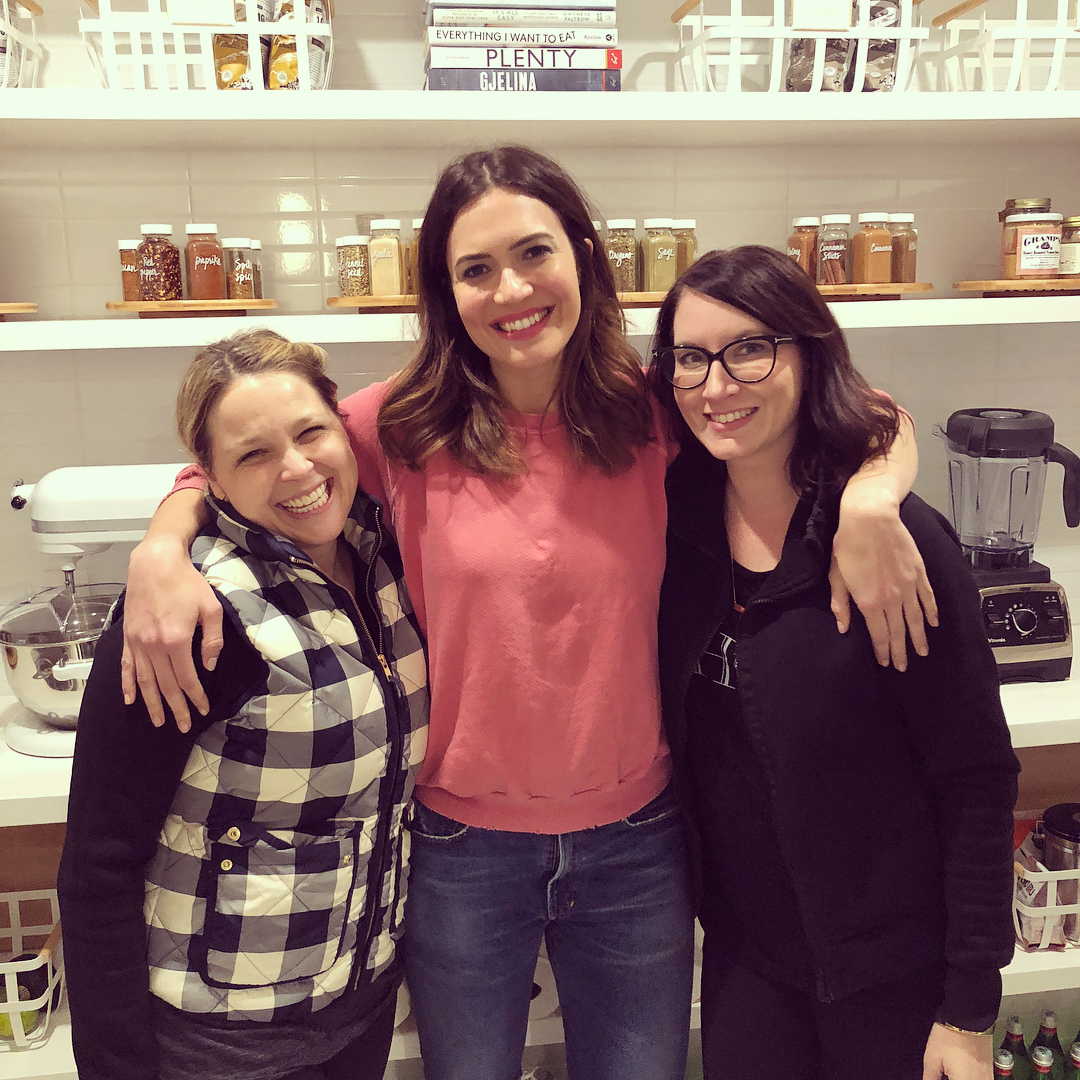 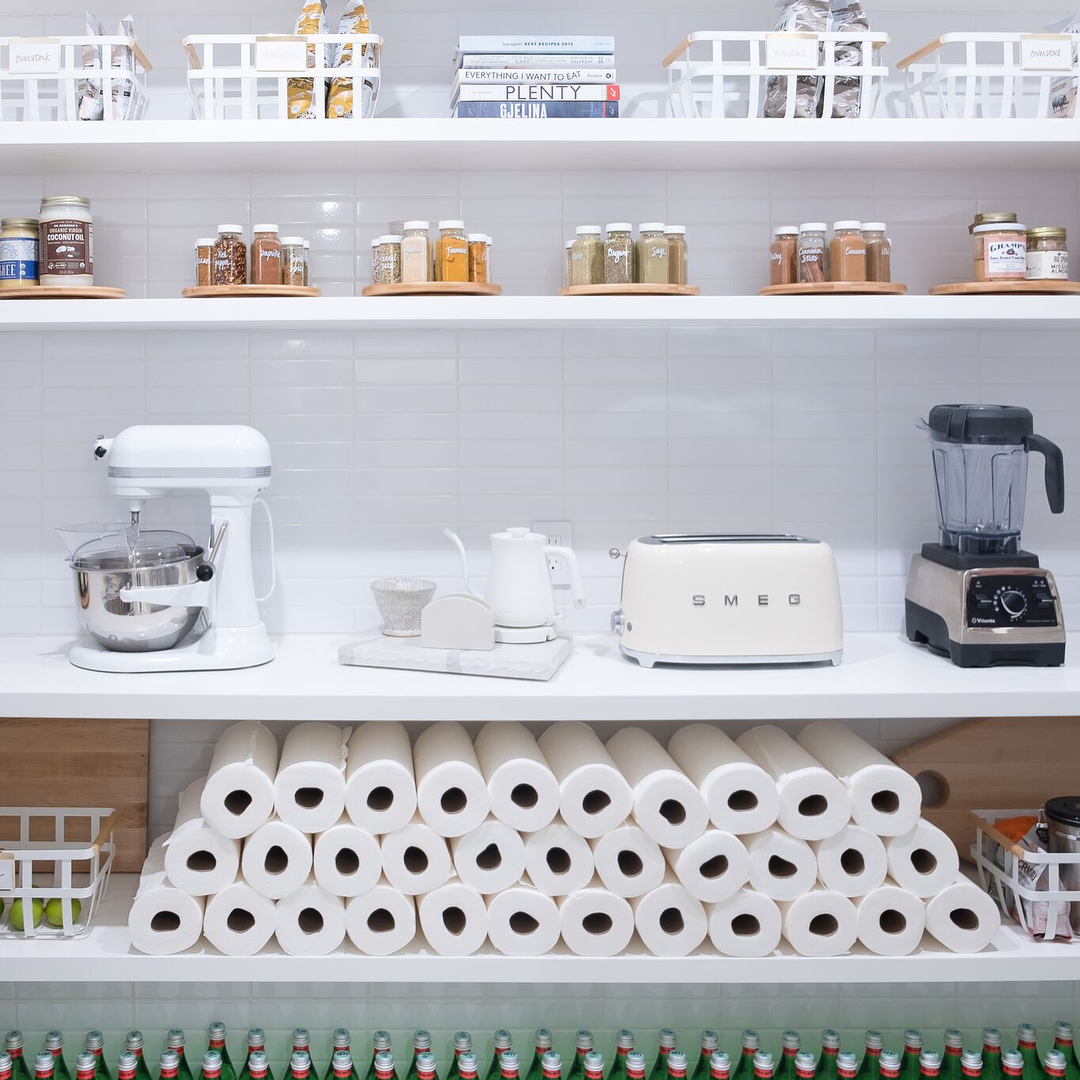 This is one any coronavirus stockpilers can relate to, as Mandy Moore, 36, enlisted some help in sorting her enormous collection of kitchen roll.

The actress made sure her pantry was in tip top condition, with her cookbooks, spices, Smeg appliances and and bottled water all neatly laid out.

Mandy praised the company for helping her "establish order" in her new home, shortly after moving in in 2018.

Among the essentials in the spotless white room were an impressive collection of 33 kitchen rolls. 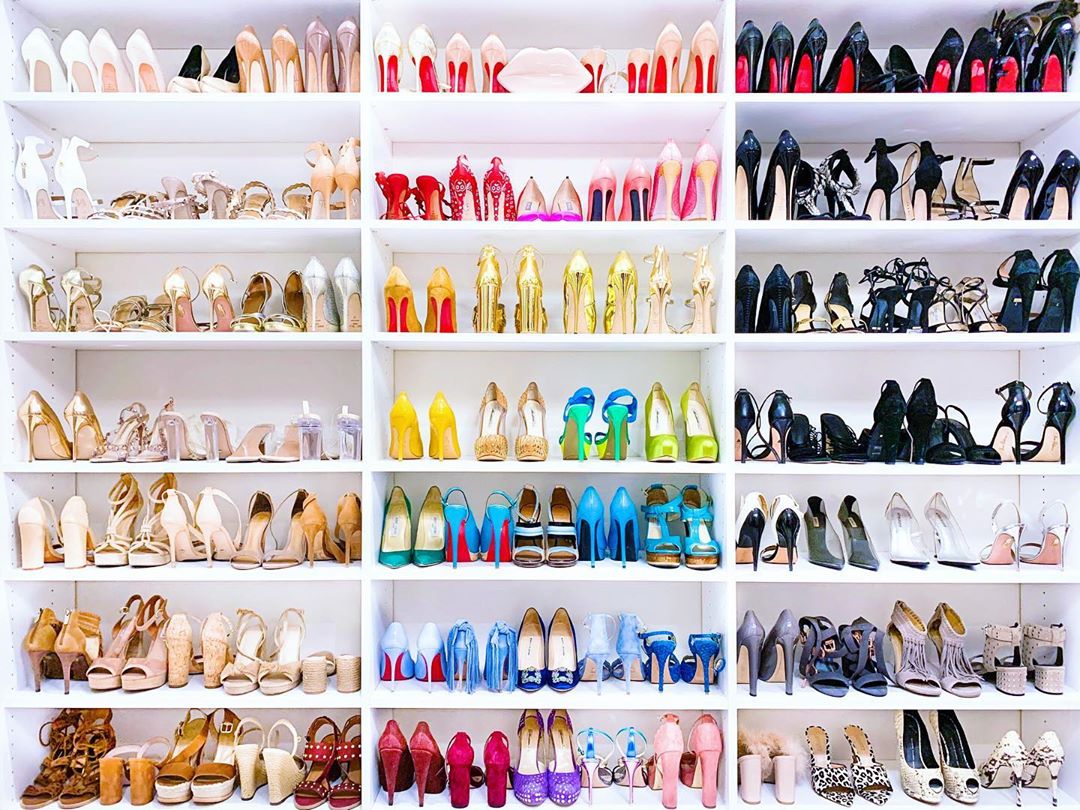 Country singer Jessie James Decker, 32, has a shoe collection any woman would envy, and now it's on display in her Nashville home.

The singer-songwriter has a huge 21 shelves for her stilettos.

After the styling team visited, these were ordered into rainbow colours ranging from white to cream, brown, pink, gold, green, blue, purple, black and patterned.

She even has a whole shelf of red-soled Louboutins in the black shoe section. 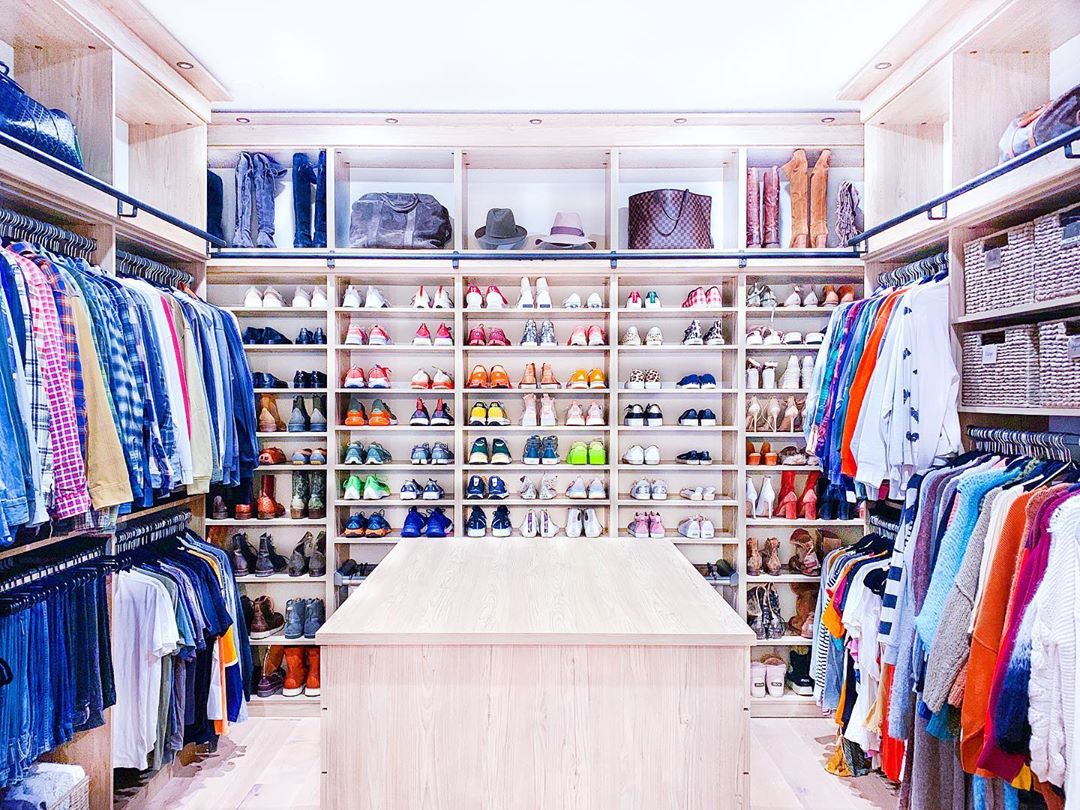 Another country music singer given a home spruce up was US star Thomas Rhett Atkins, 30, who shares this amazing closet with wife Lauren, also 30.

The couple have a huge walk-in wardrobe with floor-to-ceiling shoe, handbags, hats and clothes.

The Home Edit's Nashville team gushed of the pair: "Few people we love more in this town than @thomasrhettakins and @laur_akins.

"Thrilled we could help them move into their new home, and if TR buys one more pair of shoes, we’ll be moving them into another…."

Clea and Joanna's rates start at £228 ($295) per hour for a team of two, who can meticulously organise "every space in the home, from bedrooms and kitchens, to closets and pantries".

They work in LA, New York, Nashville and Dallas – so sadly us Brits can't be touched by their talent just yet.

For now, we'll have to stick to getting inspo from the TV show.