Crafty mother divides opinion with DIY Grinch toy that she made for £12.99 using green fur from eBay – with critics saying it’s enough to give a child nightmares

A mother with a flair for DIY divided the Internet with her Grinch doll.

UK-based Stephanie Mills received mixed reviews when she shared pictures of the doll on the Extreme Couponing and Bargains UK Facebook group, revealing it only cost her £12.99 to make.

The crafty social media user had painted a doll green and dressed it in a Santa costume to make it look like the villain-turned-hero from the Christmas movie classic starring Jim Carrey.

While some admired Stephanie’s work and said the doll was really well-done, others could not help but think result was slightly scary. 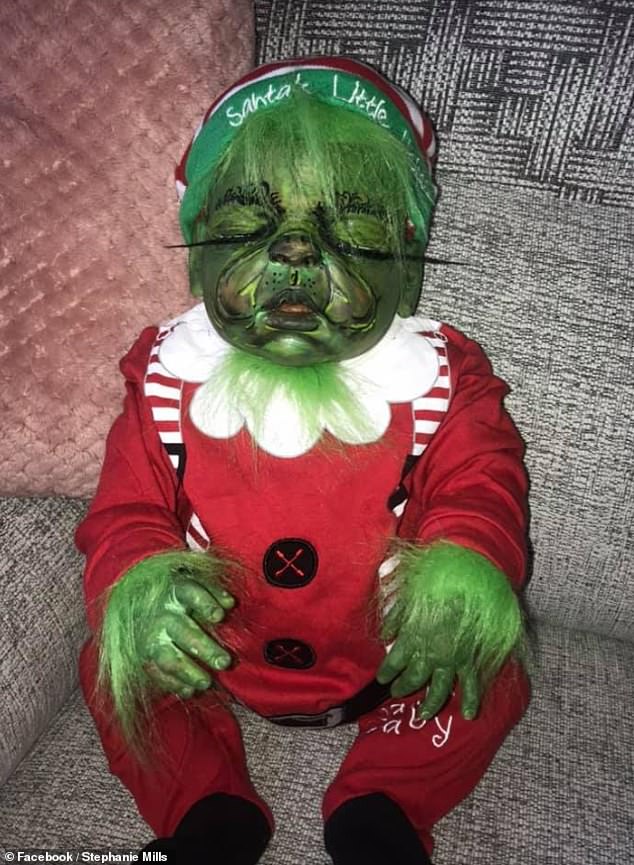 It ain’t easy being green! UK-based Stephanie Mills revealed how she used a doll and cheap accessories to create her own Christmas Grinch (pictured). But critics were divided 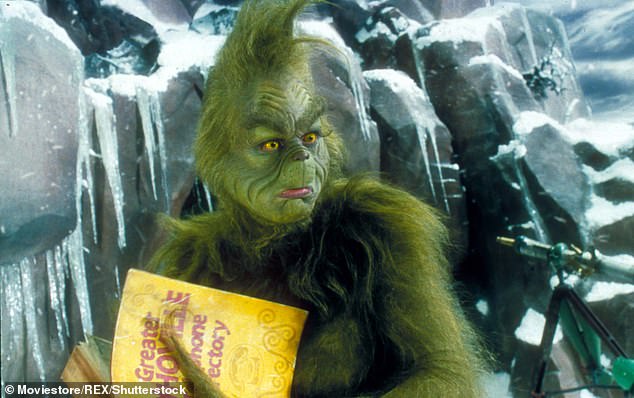 The DIY-wiz took inspiration from the classic Christmas Movie The Grinch (full title: How The Grinch Stole Christmas) which starred Jim Carrey as the title character and came out in 2000 (pictured: the actual Grinch)

People were divided. Some were horrified at the doll, while other praised the detailed work Stephanie put into it

The doll, which looked very life-like, was painted in green with its eyes closed.

Stephanie added the trademark long lashes, as well as green fur at the wrists and collar to make the doll look even more like the Grinch.

She also used fur, which she stuck to the doll’s Santa’s hat.

Stephanie explained she was motivated to create her own Grinch-inspired doll after seeing fake adverts on Facebook for similar products. 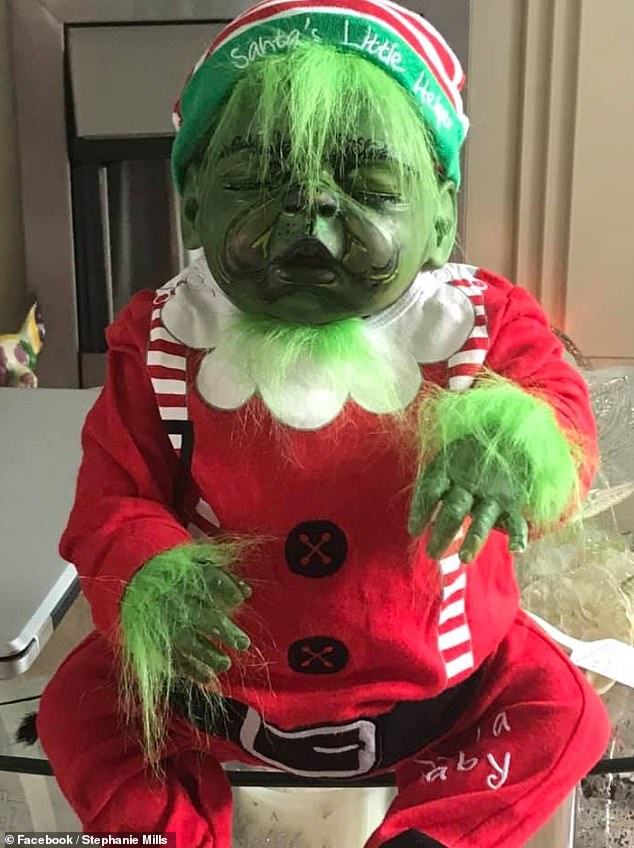 Another look at the doll. Sptehanie used an old Santa costume which used to belong to her son and green paint and fur bought for cheap in order to complete the look 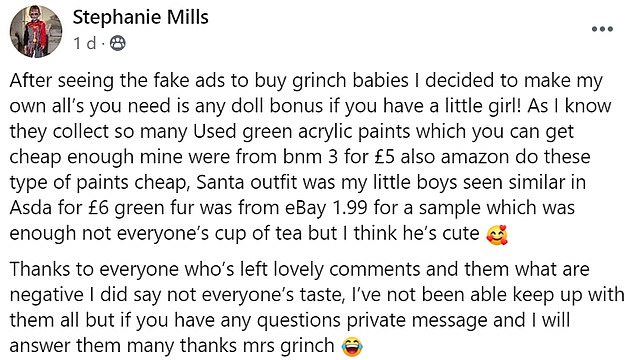 Stephanie said it costher only £12.99 to make the Grinch Doll, and said that while she understood the doll would not be to everyone’s taste, she loved it

‘All you need is any doll, bonus if you have a little girl, as I know they collect so many,’ she said.

‘I used green acrylic paints which you can get cheap enough. Mine were from B&M: 3 for £5.

She added that similar cheap paint sets could be found on Amazon.

While Stephanie was pleased with her results, the doll divided opinions between those who felt it was brilliant, and others who thought it was scary.

Some people said that while the doll was impressive, it was also pretty scary. Others said it was brilliant

‘FML that’s my doll phobia made even worse that would need to be locked in a bloody cupboard each night,’ one said.

‘Looks amazing but my god its scary, well done,’ said another.

‘Its very well done and clearly alot of talent went into it but omg that’s scary,’ agreed one.

‘Give a child nightmares,’ said another.

All the Details We Have For Us, Jordan Peele's "New Nightmare"