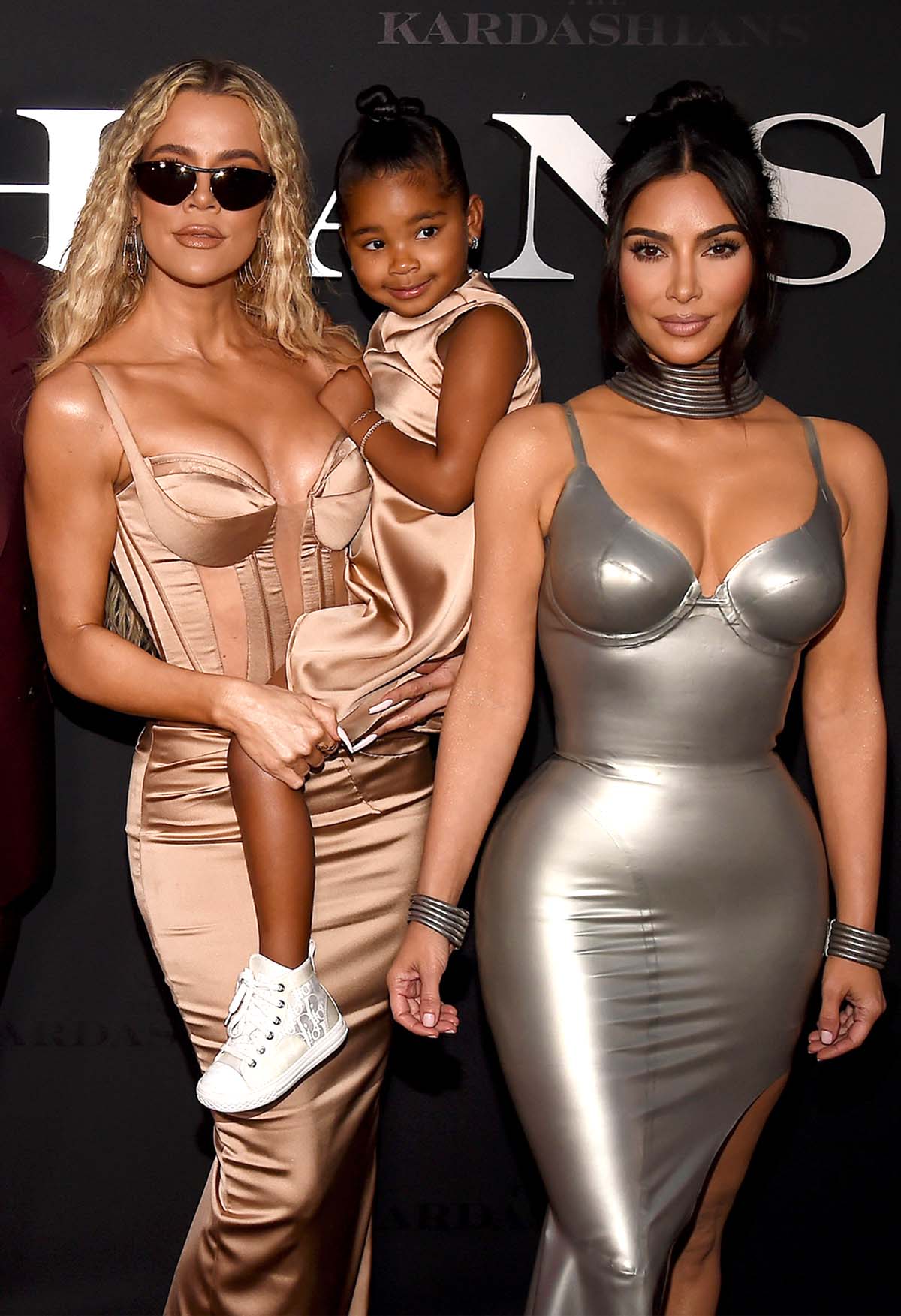 Khloe’s Most Honest Quotes About Tristan: Infidelity, Coparenting and More

The season premiere of The Kardashians, which aired on Thursday, September 22, focused on Khloé’s road to baby No. 2, including Thompson’s paternity scandal with Maralee Nichols, but that wasn’t the original plan.

“And now flashback to the rest of the season,” Kim, 41, wrote via Twitter on Thursday, hinting that they didn’t film her sister’s surrogacy journey first.

The Selfish author revealed that her family “didn’t wanna make you wait til the end for this episode,” which is why the story line played out in the premiere.

Thompson, 31, initially made headlines in December 2021 when Nichols, 31, claimed he fathered her newborn son, Theo. One month later, the NBA player confirmed the paternity and issued a public apology to Khloé as the pair were still dating when he conceived the baby.

In July, Us Weekly confirmed that the Revenge Looks Better Naked author was expecting her second child via surrogate with Thompson. The duo also share 4-year-old daughter True.

“We can confirm True will have a sibling who was conceived in November,” a rep for Khloé told Us in a statement at the time. “Khloé is incredibly grateful to the extraordinary surrogate for such a beautiful blessing.”

Less than one month later, a source told Us that the pair’s son had arrived, noting, “Both baby and mother are very happy and healthy.” The insider added in August, “Khloé is so thrilled to expand her family.”

During Thursday’s premiere, Khloé made it clear that her and Thompson’s second baby was conceived in November 2021, which was before she learned he was having a child with another woman.

“It’s just so close, I wouldn’t want anyone to think I did this after the fact,” she explained during the episode. “Why would I wanna have a baby with someone who’s having a baby with somebody else?”

The Good American cofounder explained that during the scandal, she opted to keep the news of their baby boy private to protect him from the drama.

“Obviously, it’s just really private and I just don’t want this to get out right now, ‘cause I want to protect my mental well-being as well as the surrogate’s and all of that,” Khloé said in a Thursday confessional. “It’s just been a lot to go through all at the same time.”

While the premiere showed Khloé’s highs and lows with the Chicago Bulls player, whom she split from for good in late 2021, it also highlighted her baby shower and their son’s birth.

“I just know that everything’s been so hard for you and that just makes me really sad for you — and there’s just no one that deserves happiness like you do,” Kim said while toasting her sister at the shower celebration.

After welcoming her and Thompson’s son, whose name has yet to be revealed, the former Revenge Body host gushed over the joy of expanding her family. “I am so grateful,” Khloé told the cameras. “It’s such a beautiful gift that we’re able to have.”

The Kardashians airs on Hulu Thursdays.