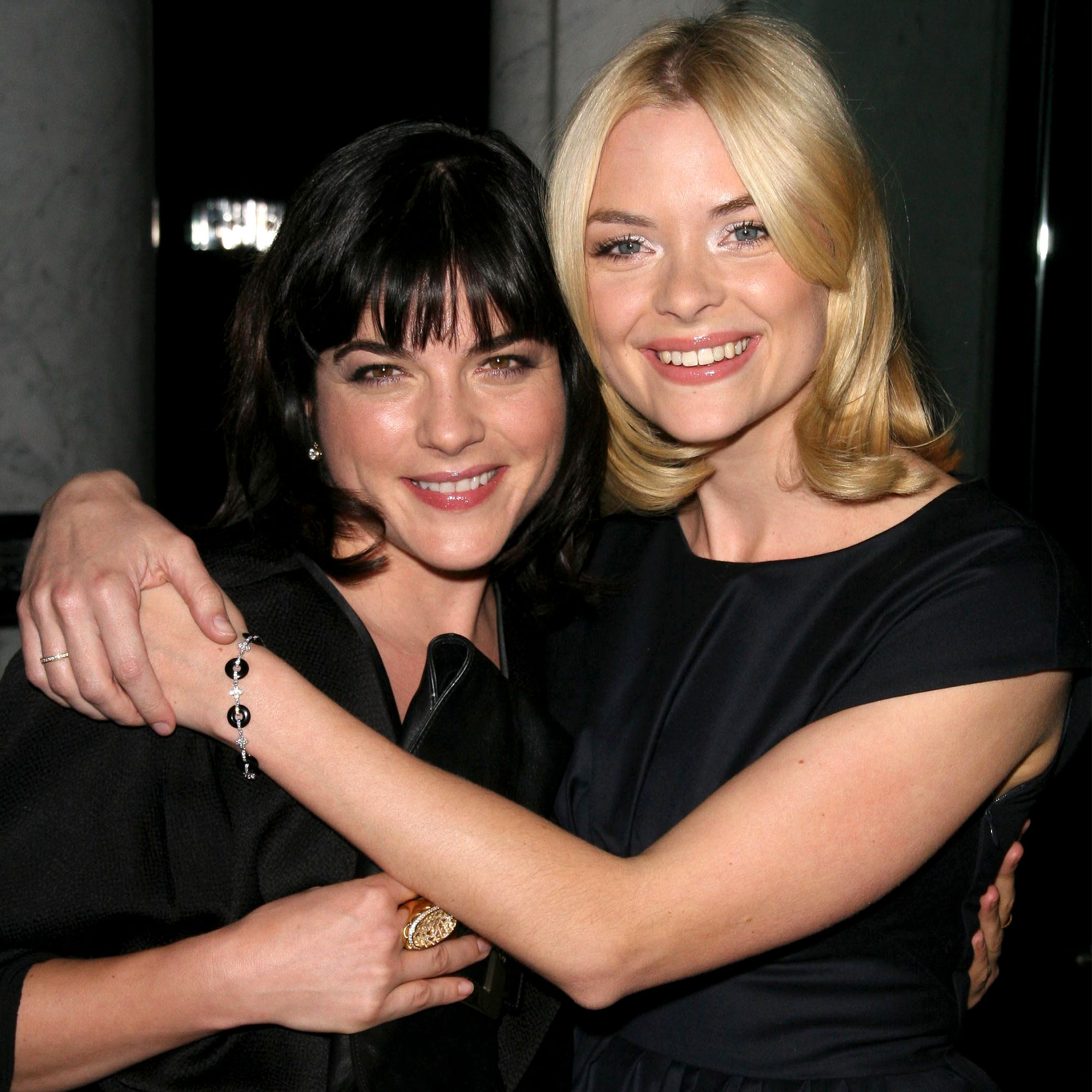 The best support. Jaime King has been by Selma Blair’s side for over 20 years through The Sweetest Thing star’s ups and downs. Following the October 17 episode of Dancing With the Stars, King shared her thoughts on watching Blair’s exit, which “of course” made her emotional.

‘DWTS’ Cast Reacts to Selma Blair’s Exit: ‘We Haven’t Seen the Last of Her’

“I’ll cry over a glare, over anything. … I mean anything that Selmi does is always — it’s ineffable, really. She’s one of my oldest best friends, so we’ve been best friends for over 20 years, you know. And her strength is unparalleled and her humor and her brilliance and just the fact that she could even do [DWTS],” the White Chicks actress, 43, told Us Weekly exclusively at the DKMS Gala on October 20. “I’m like, ‘Selmi, that makes me feel even lazy,’ because she’s busting her butt doing this while dealing with MS and dealing with all of her seemingly physical limitations.” 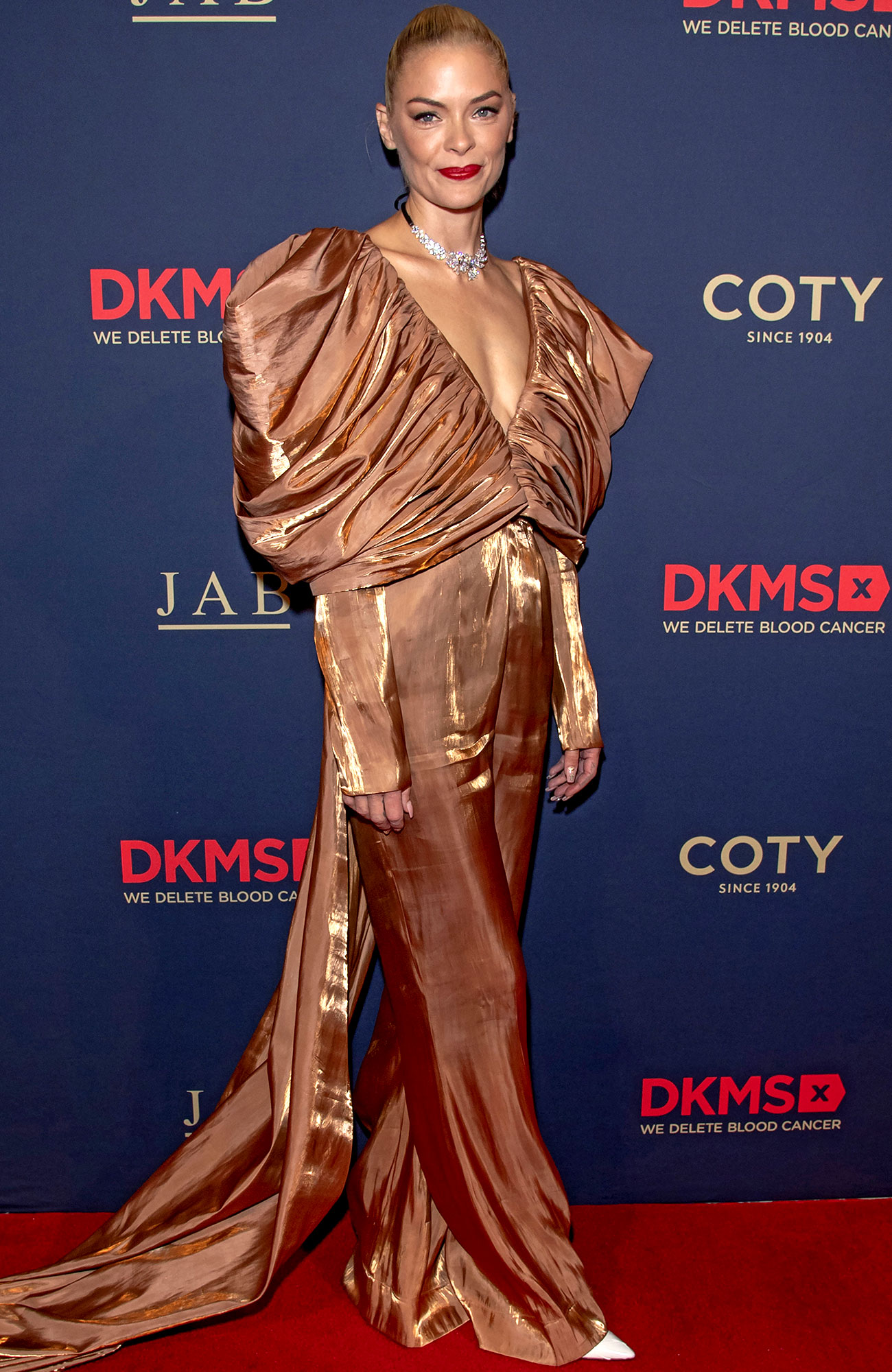 King continued, “She’s just a shining example of what it means to go out into the world no matter how you’re feeling and being of service to other people.”

Former ‘DWTS’ Partners That Stayed Good Friends After the Show

During the Disney+ Monday, October 17, episode of DWTS, Blair, 50, opened up to her partner, Sasha Farber, about how she couldn’t continue on in the competition due to health concerns related to her multiple sclerosis. “You know I’ve been monitored and in touch with my doctors this whole process. I had these MRIs and the results came back and it just all adds up to I can’t go on with the competition,” Blair confided in Farber during their rehearsal.

“With a chronic illness, you do have special considerations and my body is definitely taking a hit. It’s way too much for the safety of my bones. There’s just intensive bone trauma and inflammation among rips and tears, so I can do extensive damage that of course I do not want,” she continued. “I’ll have to settle in and get back to being a mom [to son Arthur, 11] and showing him I have to pull back on something I love doing and sometimes you make hard decisions.”

The Legally Blonde star went on to give the audience “one last gentle dance.”​​​​​ As for whether her pal King would consider joining the dance competition in the future, she told Us, “I never thought about that. I mean, I grew up as a dancer and dancing is my favorite thing in the whole world, but I guess I never thought about that because when a friend of mine is doing [something], especially my best friend is doing something, it’s like, I’m just about them. Like, I’m the biggest fan girl ever.”

For now, King is preparing for her upcoming role in How to Cook Your Daughter, the film adaptation of the memoir by Jessica Hendra and Blake Morrison. But before then, the mother of two plans to celebrate Halloween with her kids, James Knight, 9, and Leo Thames, 7, whom she shares custody with her estranged husband, Kyle Newman.

“I’m going to be filming on Halloween, but we’re going to do a pre-Halloween thing,” the Hart of Dixie star said about her plans. “We’ve already decorated everything, spider webs are everywhere, lights are everywhere, and I think there’ll be a few costume changes as well.”

Dancing With the Stars’ Most Shocking Eliminations: Photos

Last week, the Nebraska native gave the opening remarks at the annual DKMS Gala at NYC’s Cipriani Wall Street. The event raised $5.3 million to support the nonprofit’s fight against blood cancer, further stem cell research and expand donor databases around the world. Other celebrities, such as Mario Cantone, Marc Jacobs, Vera Wang and Aloe Blacc, made appearances throughout the night.

“I’ve been on the board of Stand Up To Cancer for over 15 years, as well as the Sean Parker Institute for Immunotherapy, and DKMS is my best friend’s foundation. … When you’re with someone every day and you really see the work that they do, and how important it is. It’s just something that’s really powerful,” King shared.

Highland Park shooter's uncle says he was a 'quiet loner'