Gone are the days when the pleasure of an ice lolly was only for children as now there are many alcoholic ice pops to choose from at the supermarket.

Now Tesco has launched new boozy Pimm’s-flavoured lollies to give its customers even more ways to cool down and enjoy a cheeky tipple at the same time. 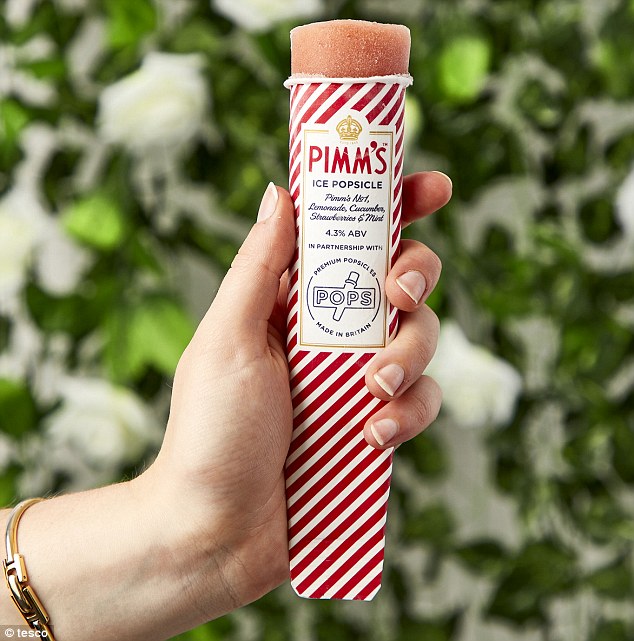 With classically British red and white candy stripes that have come to be associated with Wimbledon and Pimm’s, these ice popsicles are flavoured like the traditional British tipple

Demand for alcholic ice lollies has soared by 10 per cent in the last year, according to Tesco, proving that sucking on a ice cool treat is no longer just for children.

The new Pimm’s flavoured 80ml lollies are said to taste just like the typically British summer punch tipple, with flavours of mint, lemonade, strawberry, cucumber and Pimm’s No 1 Cup itself.

They launched on Thursday and are now available in 700 stores across the UK.

Ocado also stocks the ice lollies in packs of three for £5.99, though they are currently on offer for £3.99. 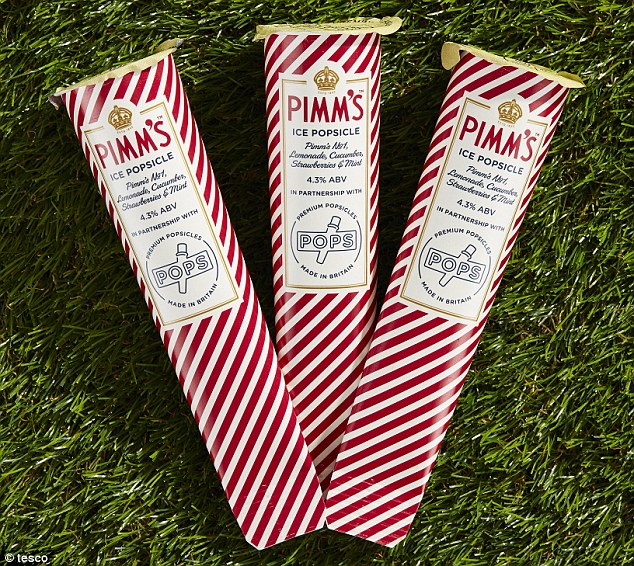 These ice lollies are on sale at Tesco for £2.50 for two, and are also on sale at Ocado for £3.99 for three as they are on offer

Fans were excited about the new frozen treats on social media, namely Twitter

‘With the present heatwave showing no end we think this great tasting ice lolly is set to be a hit at BBQs for the rest of the summer.’

Tesco has partnered with market leader POPS who have previously produced licensed products for both Fever-Tree and Fortnum & Mason to launch the product. 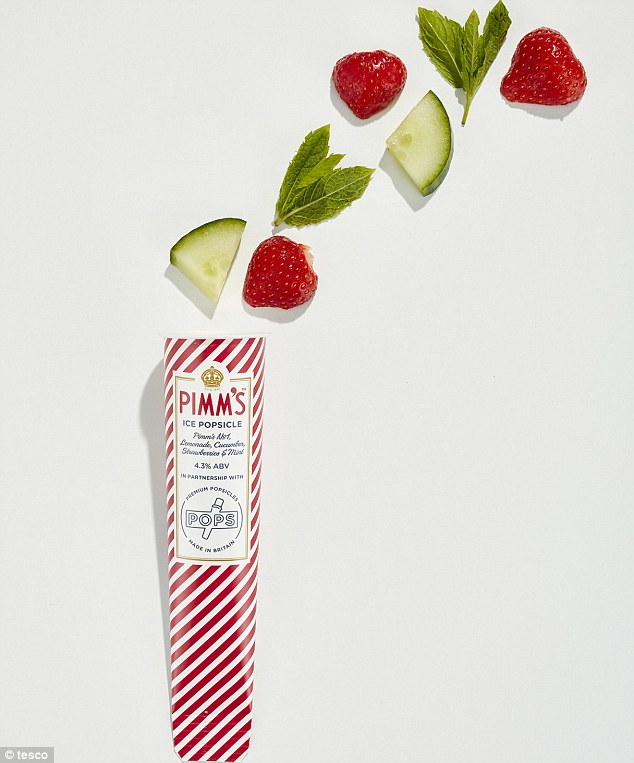 The lollies contain the quintessential Pimm’s flavours of mint, strawberry, cucumber, lemonade and Pimm’s itself

The lollies will only be on sale to adults aged 18 and over. Similar to alcohol, the lollies will indicate that the buyer needs to have ID to show they are aged 18 or over.

Earlier this year, Tesco launched Halo Top, a healthier ice cream that has gone on to become a best seller in America after launching there just five years ago.

The Halo Top range has between 280-360 calories per one pint pot, and despite only launching five years ago is now amongst America’s top selling ice creams.

And two years ago the supermarket launched the UK’s first ever watermelon ice lolly – the first 100 per cent fruit lolly treat.

Who are The Chasers on The Chase? The Governess, The Sinnerman, The Beast and The Dark Destroyer

Hailey Baldwin Can’t Get Enough of This Affordable Jewelry Brand