After Tiffany Haddish spoofed Black Panther with the help of her Girls Trip costars Queen Latifah and Jada Pinkett Smith, her rapper alter ego returned! The 2018 MTV Movie & TV Awards host rapped to Cardi B’s hit “Bodak Yellow” during her opening monologue at the ceremony, which aired on Monday, June 18.

“It’s your girl, Tiffany. Tiffany B. Hosting. Thank you, Cardi B, for loaning me this. Let’s go!” Haddish began, wearing the the same white, skintight dress that the rapper wore as she revealed her pregnancy during her April appearance on Saturday Night Live. “Oh, is that you Michael B. Jordan? Oh, you fine as hell. You so sexy, you could probably look a girl in her eyes and get her pregnant … Y’all just witnessed the first immaculate conception and pregnancy reveal all at the same time. … Oh s—t that was gas.” 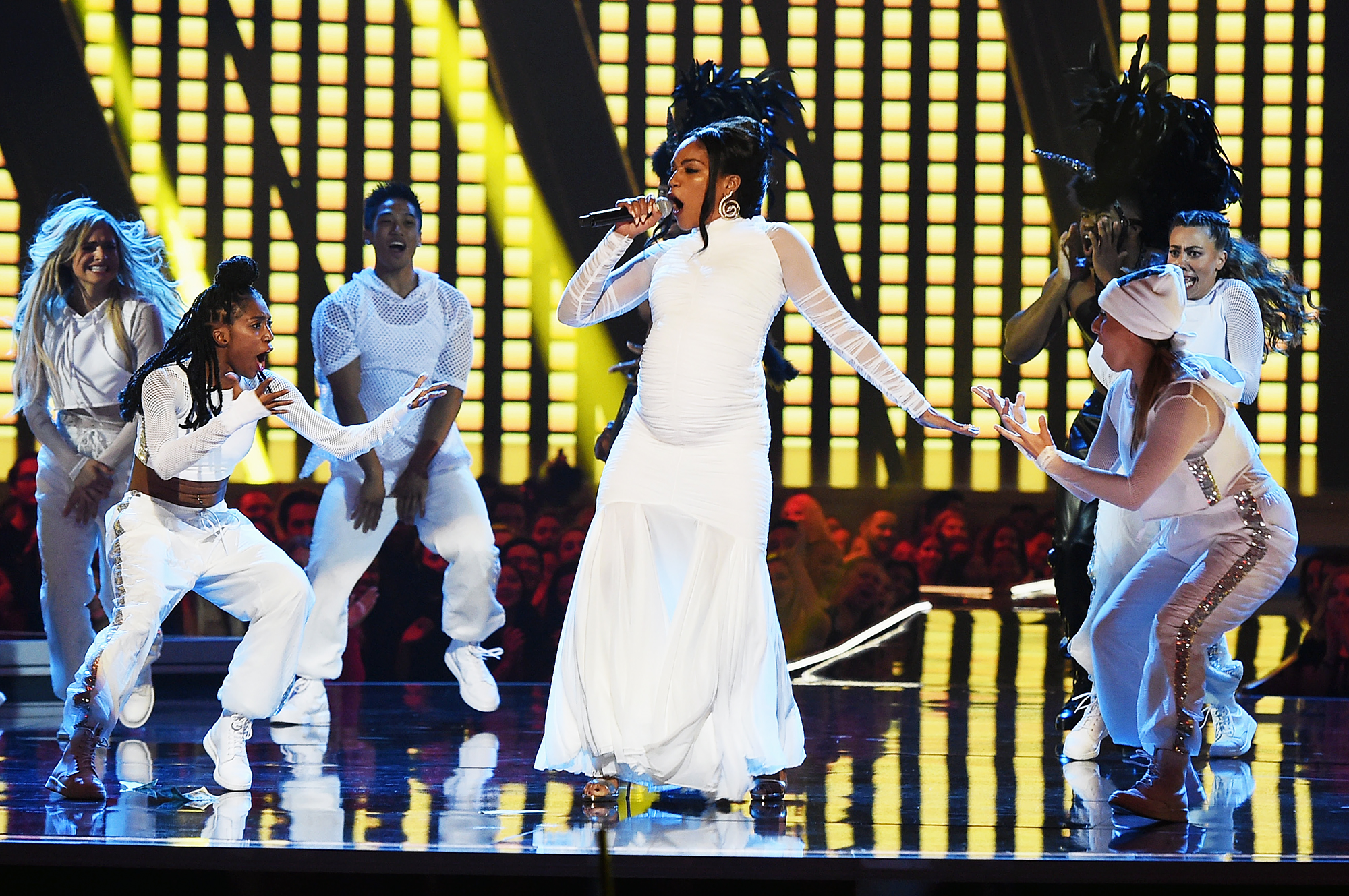 Haddish first spoofed Cardi during a November 2017 appearance on Saturday Night Live. She also joked about her rapper alter ego, “Tiffnicity,” during an interview with BET at the premiere for Kevin Hart’s comedy app Laugh Out Loud.

After her rap, the Girls Trip star gave the Kardashians a shoutout. Kim Kardashian and Kris Jenner were in attendance because Keeping Up With the Kardashians was nominated for Best Reality TV Series / Franchise.

“I’m always excited to see the Kardashians. That family is basically the Star Wars franchise, OK?” Haddish quipped. “They make a ton of money, a new one is always popping up and they’re ruled by a bossy overlord who sleeps in a mask and she love black men, so yes!”

The mother-daughter duo, who sat next to Olivia Munn at the ceremony, were all smiles as they laughed at the joke.

“And you know who else I love? Zendaya. She taught me how to model. She told me how to model and I taught her how to grapefruit. What! She 21 now, y’all!”  Haddish continued, referring to her Girl’s Trip character’s infamous oral sex demonstration. “She a grown woman. You gotta know how to do that if you want a husband.”

Other stars that weren’t safe from Haddish’s opening? Nick Jonas, Seth Rogen, the cast of Riverdale and the cast of Stranger Things.

Did Mia Bally from Married at First Sight go on dating app behind husband Tristan Thompson's back?

Flash Sale! Christian Louboutin Pumps Are Up to 50% Off — Ends Tonight

Fascinating images of the last of an Indian headhunting tribe

Google likely to let some staff return to offices this month