If Apple follows its typical annual launch cycle, we should be treated to a shiny new iPhone 12 this September. With a possible release just a few months away, the rumours and leaks are starting to pick up pace and according to the latest images shared online, the iPhone is getting a surprising new look.

Shared on Twitter by JinStore – an Apple Premium Reseller – the images appear to unmask the moulds used by third-party firms to create cases for as-yet unannounced devices. Apple, and other manufacturers, supply these designs to case designers so there will be a number of choices for customers in the days following the iPhone launch event. If this didn’t happen, it could take months for cases and screen protectors to arrive on shelves.

If these pictured moulds are real, they confirm early rumours that Apple is making its next generation of smartphones look far more like the iPad Pro with a square edge rather than the current soft curves found on the iPhone 11 and 11 Pro.

The firm’s premium tablet already features a similar and more industrial design to that shown in these latest images. And that’s not the only thing that could be moving from the tablet to the phone. 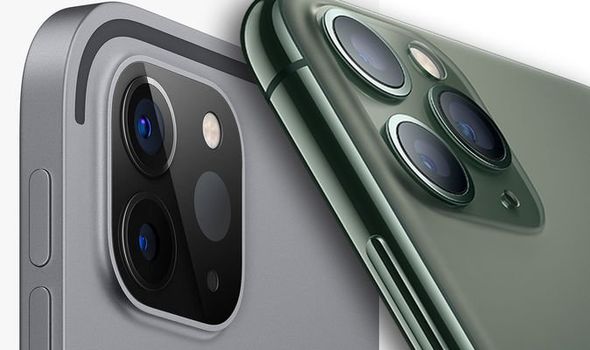 Some rumours suggest the top-tier iPhone 12 Pro will get the LiDAR scanner that’s found on the new 2020 iPad Pro. This unique lens is able to measure distance and depth far more accurately which will help the iPhone to be much better when it comes to augmented reality tasks.

It’s thought that at least one of the devices will finally get access to 5G data speeds which would allow owners to download files and movies on the move at speeds of over 300Mbps.

As with all leaks, we have to take these latest images with a pinch of salt but it certainly could be an exciting few months ahead for iPhone fans with plenty of new features to look forward to.

Whether the iPhone launch will still take place in September remains a mystery with some analysts re predicting that Apple will be forced to delay the release due to the current health crisis gripping the world.

Although there’s no official release date for the iPhone we do know one event that is taking place soon. Apple’s WWDC Developers Conference will be taking place from Monday, June 22 and expect plenty of news about the upcoming software updates for your iPhone, iPad, Mac and Apple Watch.

The event usually takes place in front of thousands of developers in San Jose, California but this year Apple is broadcasting all of the news via a live stream.

Express.co.uk will bring you all the news from this global event next week.

These Spring Bag Trends Will Make You Forget Winter Is Coming