Home » Technology » Creature with ‘mouth but no anus’ is not earliest human ancestor, study finds 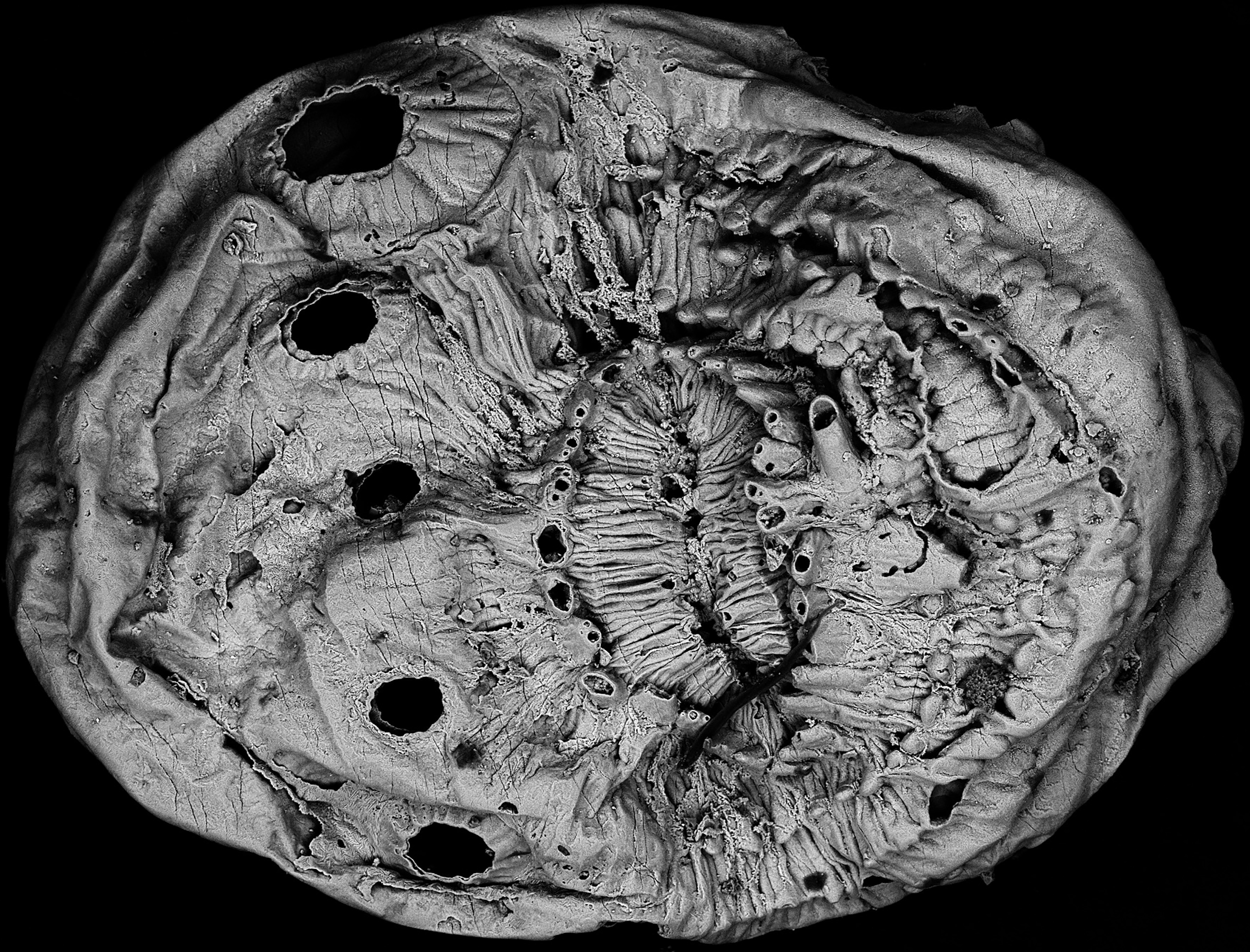 Scientists have discovered that a curious creature with a mouth but no anus, is not the earliest human ancestor, as previously thought.

A new study suggests that the mysterious microscopic creature is instead part of a different family tree.

Resembling an angry purple Minion, the Saccorhytus is a spikey, wrinkly sack, with a large mouth surrounded by spines and holes.

These were thought to be pores for gills, a primitive feature of the deuterostome group. These are animals typically characterised by their anus forming before their mouth and related to our human ancestors.

But analysis of 500 million-year-old fossils from China suggests the holes around the creature’s mouth are bases of spines that broke away during the preservation of the fossils.

Yunhuan Liu, professor in Palaeobiology at Chang’an University, China, said: ‘Some of the fossils are so perfectly preserved that they look almost alive.

‘Saccorhytus was a curious beast, with a mouth but no anus, and rings of complex spines around its mouth.’

Professor Shuhai Xiao, a paleobiologist with the department of geosciences, part of the Virginia Tech College of Science, said: ‘We are back to square one in the search for the earliest animal with a secondary mouth.

‘The next oldest deuterostome fossil is nearly 20 million years younger.’

The study published in the journal, Nature, tells the true story of Saccorhytus’ ancestry that lies in the microscopic internal and external features of this tiny fossil.

Researchers took hundreds of X-ray images and used powerful computers to create a detailed 3D digital model of the fossil.

Researcher Emily Carlisle from the University of Bristol’s School of Earth Sciences said: ‘Fossils can be quite difficult to interpret and Saccorhytus is no exception.’

She added: ‘We took hundreds of X-ray images at slightly different angles and used a supercomputer to create a 3D digital model of the fossils, which reveals the tiny features of its internal and external structures.’

The digital models showed that pores once interpreted as gills are actually broken spines, challenging the only piece of evidence in support of a deuterostome interpretation, researchers say.

They now believe that Saccorhytus is in fact an ecdysoszoan: a group that contains arthropods and nematodes.

According to the scientists, the ancient creature’s lack of anus is an intriguing feature.

Although the question that springs to mind is the alternative route of digestive waste (out of the mouth), this feature is important for a fundamental reason of evolutionary biology.

How the anus arose and sometimes subsequently disappeared contributes to the understanding of how animal bodies evolved.

Prof Xiao, who co-led the study, said: ‘This is a really unexpected result because the arthropod group have a through-gut, extending from mouth to anus.

‘Saccorhytus’s membership of the group indicates that it has regressed in evolutionary terms, dispensing with the anus its ancestors would have inherited.

‘We still don’t know the precise position of Saccorhytus within the tree of life but it may reflect the ancestral condition from which all members of this diverse group evolved.’

Student, 18, diagnosed with meningitis after her eagle-eyed gran spotted her rash in FaceTime call

Pastels! Ditsy Florals! And 8 Other Swimwear Trends You'll Want to Shop This Year

Why Ghislaine Maxwell probe may be targeting public officials