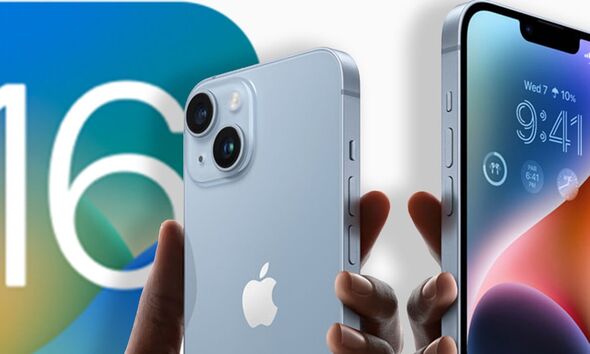 If you own use iPhone it’s a good idea to check your settings as you may find some nice free treats coming to your device. Apple has just released a huge iOS update which not only fixes a number of bugs and security issues but also offers brand-new features including something called Freeform. This app is basically like a giant digital whiteboard that can be shared between users allowing people to add ideas and collaborate together.

Along with that new application, there are also other nice changes including an update to the always-on screen that’s included on the iPhone 14 Pro to make it more customisable.

There’s also the launch of the new Sing feature in Apple Music which turns the iPhone into a mini karaoke machine. Finally, you can now add extra widgets to the lock screen in iOS 16 including the option to see live sports scores without needing to bash in the pin number.

If you want to find all of these new features, you simply need to head to your Settings and tap General and Software Update. Here you’ll see any pending changes and the option to download them onto the device.

Want to know more? Here are all the new features in iOS 16.2

Freeform is a brand new app that arrives on iPhone, iPad and the Mac. It’s basically a space to work with other people digitally with the application offering a flexible canvas that lets you add files, images, stickies and more.

Drawing tools are also included so users can sketch anywhere on the canvas with just their finger.

Apple says that Freeform has been designed for collaboration, as it makes it easier than ever to invite others to work on a board together. Users can even collaborate with others while on a FaceTime call.

Apple has now released its karaoke-style update to its popular Music service. Simply called Sing, this new feature enhances the option to belt out your favourite tunes thanks to things such as adjustable vocal levels and a duet view which shows up on opposite sides of the screen to make multi-singer tracks easy to warble along to.

Sing also features improved animations when displaying the lyrics to a track which should make it much easier to keep up with the song.

If you own an iPhone 14 Pro you’ll now find more ways to customise the always-on display.

Once iOS 16.2 is downloaded there are now new settings that allow you to hide wallpaper or notifications when Always-On display is enabled.

Apple has just released its emergency SOS feature in the UK which allows iPhone 14 owners to connect with satellites should there device have no mobile signal and they find themselves in need of help.

iOS 16.2 makes sure full support is added to devices.

Homescreen widgets arrived in iOS 16 back in September with users able to add information to their phone which can be viewed without unlocking the screen.

Widgets are now being improved with the addition of sports scores along with being able to see sleep data such as medications and sleep tracking.

• Improved search in Messages allows you to find photos based on their content, like a dog, car, person or text