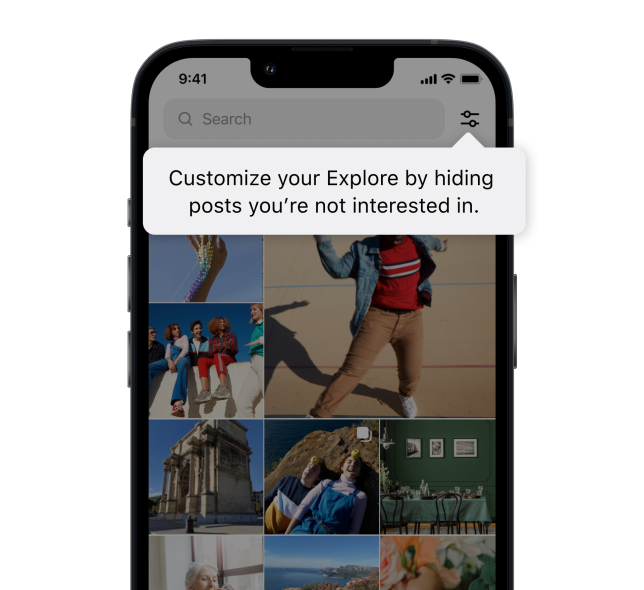 Instagram is in the midst of shaking up its recommendations algorithm and a major part of that is allowing users to decide what kind of posts they want to see more of.

This week the social media giant announced that it was testing the ability to mark multiple posts on the Explore plage as ‘Not Interested’.

‘We’ll immediately hide those posts and refrain from showing you similar content in the future,’ said Meta in a blog post.

The social media app is alowing users to fine-tune the algorithm by providing an option to mark whether a suggested post doesn’t interest you.

After you’ve seen the most recent posts from accounts you follow, Instagram suggests posts when scrolling through your Instagram feed. These suggestions are based on who you follow and what posts you’ve engaged with.

Suggestions are also based on how popular a post may be, how others on Instagram are interacting with it, when or where it was posted and how many times people have interacted with that account in the past few weeks.

At the beginning of this year, the Meta-owned platform announced that it was planning to bring back the chronological feed.

On both Android and iPhone:

Instagram also gives you a ‘This post made me uncomfortable‘ option and you can event report it by tapping Report and following the on-screen instructions.

Your response will be reflected in future suggestions in feed.

The app also has plans to start testing the ability to tell Instagram you don’t want to see suggested posts with certain words, phrases or emojis in the caption or hashtags.

The firm continues to try out new features as it battles with rivals for content creators as well as users.

In July, it announced a new subscription service that would allow creators to post dedicated premium content only visible to paying followers.

Turkey says will not link fate of U.S.-based cleric to Khashoggi

The Henley Has Been My Must-Have Wardrobe Staple For Years

12 Wardrobe Staples You Can Buy on Sale Right Now